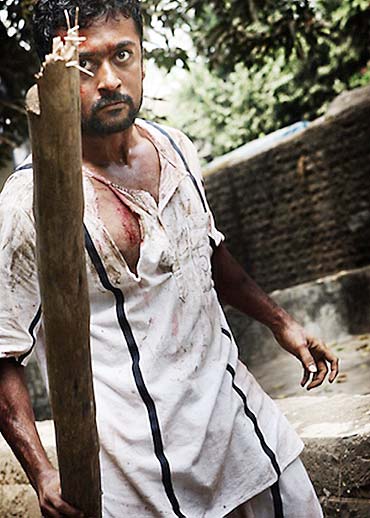 Image: A scene from Rakta Charitram
Pavithra Srinivasan in Chennai

The year has seen several well-known stars topple off the pedestal, several gain a foothold on it and still others taste success that broke their own records. Here's a dekko at this year's best performances in Tamil cinema.
Suriya in Rakta Charitram

After hits like Vaaranam Aayiram and Ayan in 2008 and 2009, he took his time and signed up a commercial venture like Singam, and came out trumps with his portrayal of a no-nonsense, tough-as-nails police officer. He took his chances with Ram Gopal Varma's Raktha Charithram, where he played Suri, a character who helped shape Andhra Pardesh's political history at one point. The role won him much critical acclaim.

He is now working on A R Murugadoss's 7am Arivu and guest starring in projects like Manmadhan Ambu, Ko and Avan Ivan. 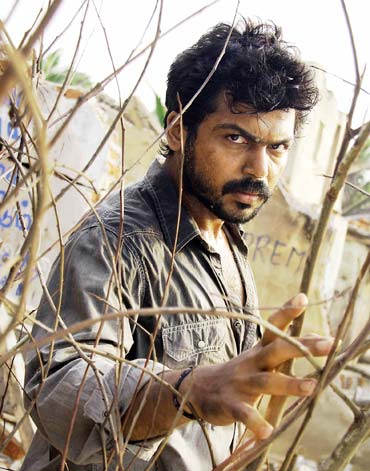 Karthi, who made a dream debut with Paruthiveeran, took his time working on Selvaraghavan's epic fantasy Aayirathil Oruvan, where he played a smart-mouth coolie forced to meet his destiny; Lingusamy's road-trip movie Paiyya where he played a happy-go-lucky guy who falls in love. 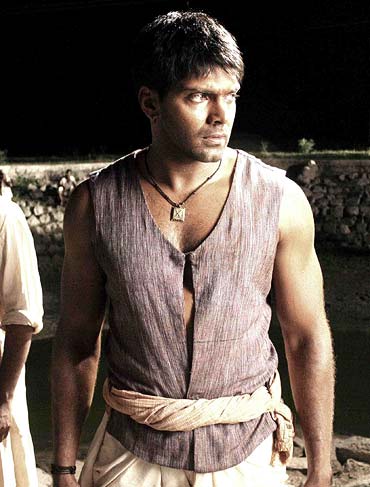 For Arya, the climb up has been slow and steady, despite an impressive debut.

2010 proved to be a year of carefully made choices. It was his role as a washer man with a heart of gold in Madharasapattinam, a period film, and his laugh-out-loud turn as a clueless bachelor in Boss Engira Bhaskaran that made him box-office gold. His Chikku Bukku might have won him no favors, but Avan Ivan and Vettai seem promising. 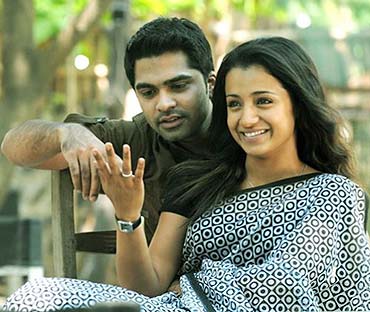 For a guy who's had just one hit this year, Vinnaithaandi Varuvaya, Simbhu, aka STR, is certainly going places. As a wannabe film director desperately in love with a software engineer, he showed facets of acting no one knew he possessed.

He is all set to complete Vaanam, the remake of Telugu hit Vedham. He's also got Poda Podi and Vettai Mannan in his sights. 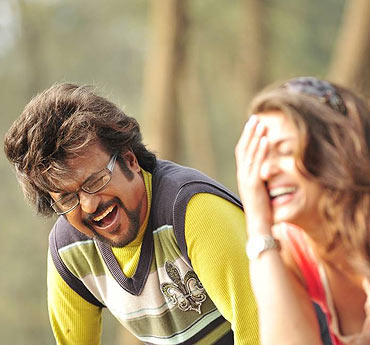 Image: A scene from Endhiran

Is there anything left to be said about a man who, at 61, still manages to star in one of the most successful films of the year, not just in the south, but across India? Superstar Rajni once again proved that he is the actor with the Midas touch with the sci-fi flick Endhiran, where he played an ambitious scientist, a na ve robot and an evil android bent on destroying the world.

He did it with such aplomb that he's been the talk of the town for months. He might do one film in two years, but when he does, he pulls out all the stops.
More