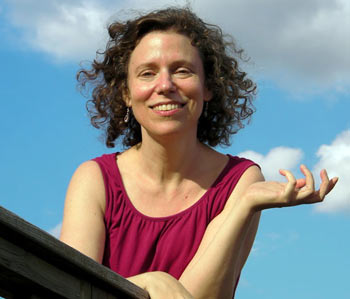 For over a year, Sita Sings The Blues has been wowing critics at major international film festivals including the Berlinale. It has also been shown at the Mahindra Indo-American Arts Council Film Festival.

The animated movie, the first feature by the cartoonist and animator Nina Paley, has not been able to find a theatrical distributor.

Now, with the DVD release due by the end of this month, Paley is finally able to take Sita Sings The Blues, which has angered some Indians because of the reference to Sita's ill-treatment at the hands of her husband Lord Ram, into the homes of film fans worldwide. Paley offers in her film a subversive feminist musical version of the Indian epic.

An exhibition of Paley's paintings which also inspired the film will be mounted in New York, and is expected to travel to many cities in America and Canada.

The Greatest Break-Up Story Ever Told is the tag line of the film, which also tells the story of how Paley's American husband, who was in India on a temporary assignment, dumped her.

"To the people who have said I have misinterpreted The Ramayana, I offer them the accounts in at least one version of the great epic," says Paley. "But I am also respectful of the other versions and I refer to them in the film's credits." 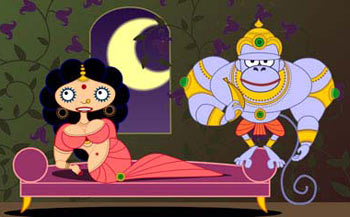 She says for quite some months she engaged in discussion with hardliners who did not like her take on The Ramayana. "But they would not yield any ground, their minds were completely shut off," she says.

"I remembered, on the other hand, how many Indians loved the film and came to tell me after the screenings about their admiration."

For distributor FilmKaravan releasing the film is a badge of honour. "Paley has produced a highly entertaining yet moving vision of the Ramayana, a huge accomplishment for the first-time filmmaker," said Payal Sethi of FilmKaravan.

Paley was very clear right from the start five years ago why she wanted to incorporate The Ramayana into her film.

'The aspect of the story (The Ramayana)  that I focus on is the relationship between Sita and Rama, who are gods incarnated as human beings, and even they can't make their marriage work,' Paley says on her web site. 'And then there's my story. I'm just an ordinary human who also can't make her marriage work. And the way that it fails is uncannily similar to the way Rama and Sita's -- inexplicable yet so familiar.

And the question that I asked and the question people still ask is, why? Why did Rama reject Sita? Why did my husband reject me? We don't know why, and we didn't know 3,000 years ago. I like that there's really no way to answer the question, that you have to accept that this is something that happens to a lot of humans.' 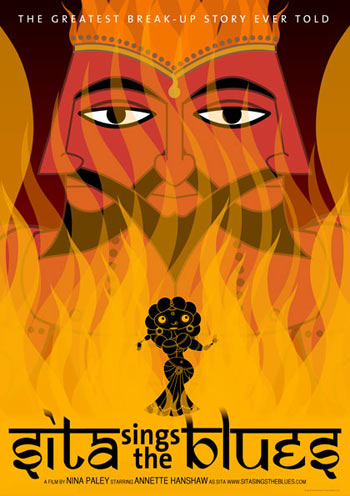 The innovative film features the voice of Annette Hanshaw, one of the biggest names in jazz of the 1920s. It also uses the voices of Aladdin Ullah and director-actor Manish Acharya (Loins of Punjab), while musicians like Rudresh Mahanthappa provide its moody score.

Paley has extensively used South Asian talent in America. In addition to Ullah and Acharya, she uses Debargo Sanyal to voice Rama, Reena Shah to bring Sita to life, and Sanjiv Jhaveri to be the menacing voice of Ravana.

A highlight of the film is the part where three Indian Americans (Aseem Chhabra, Bhavana Nagulapally and Acharya) debate what they remember of the Ramayana story.

"They're all from different regions of India and speak different mother tongues, and grew up on different versions of the story," Paley says. "So naturally they remember the Ramayana differently from one another. There is no one Ramayana. Their discussion makes this clear." 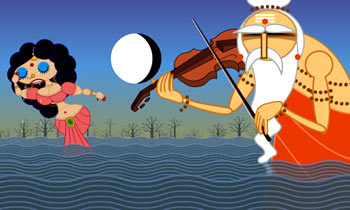 Roger Ebert of the Chicago Sun-Times gave the film four stars out of four. 'I was enchanted,' wrote Ebert, who has four decades of reviewing experience. 'I was swept away. I was smiling from one end of the film to the other. It is astonishingly original.'

Priyanka Mathew, one of the best-known curators of Indian art in America, will  help to mount Paley's exhibition in New York. Proceeds from the exhibition Elements of Blue will help raise money for the film's ongoing distribution campaign, which Mathew says has been launched as a wholly grass-roots effort by FilmKaravan and Paley.

Paley has spent her entire savings on the film, possibly $1 million, and then single-handedly produced, designed and marketed it to film festivals in North America, Germany and Greece.