Siddharth: I felt Jigarthanda would be a cult but it's even more spectacular 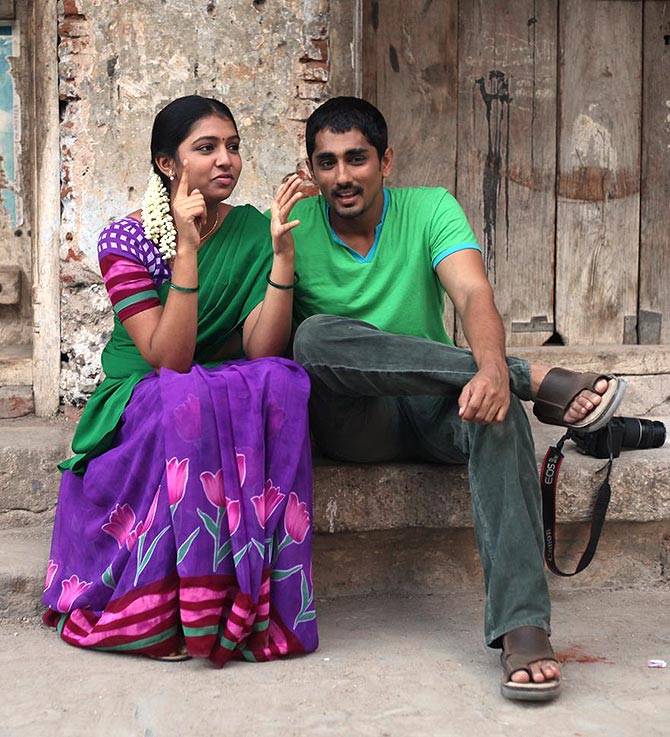 'I'm on the verge of a more important streak,' Siddharth tells Praveen Sundaram.

The year 2014 is a good year for actor Siddharth. His first Tamil release of this year, Karthik Subbaraj’s Jigarthanda is a smash hit, 10 days into its release.

It was listed as one of the top five Indian movies to look forward to this year, by Forbes magazine.

His next release is Kaaviya Thalaivan, directed by Vasanta Balan with music by A R Rahman. And then there’s the Tamil remake of Pawan Kumar’s Kannada film Lucia which will release later this year.

In an email interview, Siddharth tells Praveen Sundaram about Jigarthanda, his character in the film, and briefly mentions his other two forthcoming films this year.

When director Karthik Subbaraj narrated the script of Jigarthanda to you, did you visualise it to be the film it has turned out to be?

My first instinct when I heard Karthik’s script was that it had the makings of a very unique film.

I felt it would be a 'cult' film. But the final result is even more spectacular than I had hoped. Did the director tell you why your character is named 'Karthik'? Did you ask him if the character takes after Karthik Subbaraj, the director himself?

He comes from a short-films background so the original script has his name on it. He asked me if I had any other options. I really enjoyed the metaphysical aspect of the protagonist sharing the director’s name.

It makes the film even more special. I don't think Karthik will lend his name to a lead character again. He's not a gimmicky director.

Your character is a wimp to begin with, until that scene with Sangili Murugan when he decides to take on Sethu. How would you describe your character?

I don't think there is one changeover point for the character. It's a very negative character sketch for a Tamil movie hero.

He's selfish, immoral and an opportunist. At the end of the film, he has the power and licence to be exactly that.

Throughout the film, he just slow burns into his final form. Every reel has a defining contribution to his growth.

'If I did participate in the remake, I would make sure Karthik directs it again' 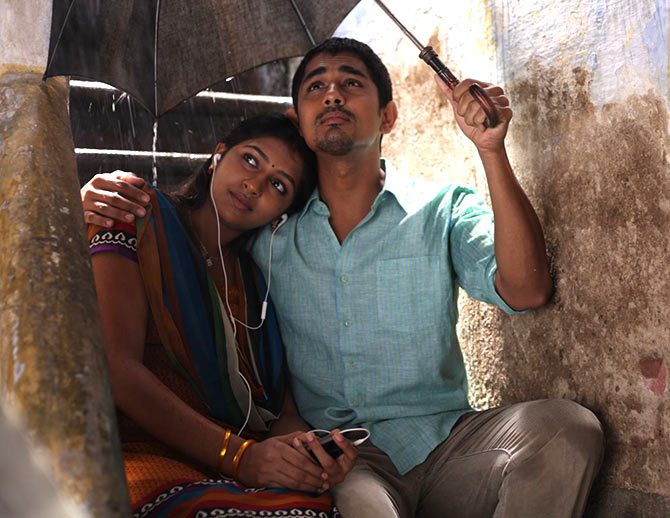 Jigarthanda is a dark comedy but it’s also a comment on the Tamil film industry. When Karthik expresses his anguish in the line "What the f*** does he know about art?" isn’t it a comment on people without any talent entering the film industry?

You can't blame Karthik for the anguish in that line. That was my improvisation.

People read too much into the content when a film becomes a cult film. Seriously, it's a black comedy. You have laughs and you have moments of commentary. There was no agenda or inner angst while writing or filming.

Will Jigarthanda be remade in Hindi, and if so would you want to be a part of it?

I have no idea. It's up to the producer.

If I did participate in the remake, I would make sure Karthik directs it again. Otherwise I'd rather watch it from a far.

'I've waited many years for this momentum' 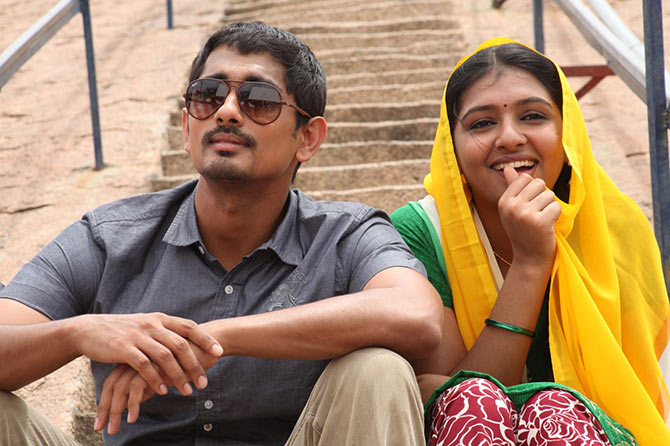 This is your third hit in a row -- Udhayam, NH4, Theeya Velai Seyyanum Kumaru. Expectations are high about your two other films…

Not nitpicking, but it's my fourth hit in a row, starting with Kadhalil Sodhappuvadhu Yeppadi.

I've waited many years for this momentum. I'm still on the verge of a more important streak.

Jigarthanda, Kaaviya Thalaivan and the Lucia remake are the best films I've been offered. To have them back-to-back is a blessing.

Is your character in Kaaviya Thalaivan based on S G Kittappa, the stage actor of the 1920s?

It's not based on Kittappa. It's about the time he and many other great people like him acted on the stage. It was the golden era of Tamil theatre.

It's an honest film with a really entertaining canvas. It could be one of the all-time classics.

Vasanta Balan and A R Rahman make a brilliant combination and I hope a film about acting gets spoken about for its acting too. Lucia was a crowd-funded and path breaking Kannada film by Pawan Kumar. What prompted you to act in its Tamil remake? Is it your first remake film?

It is my first remake in the south. Lucia remains one of the best films I have seen in recent times.

I am proud I got to attempt a recreation. Pawan Kumar deserves constant praise for the original.

Prasath Ramar and I have tried to make a film that will stand on its own. I really can't wait to see the reactions to the film. It's been an amazing experience and a first double role for me.