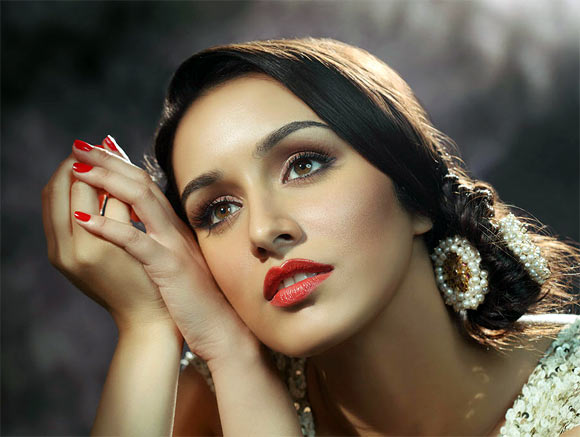 Shraddha Kapoor has not had a successful start at the box office, but she believes hits and flops are a part of the job.

The actress seems quite excited about her first solo lead in Aashiqui 2, due to release on April 26. Directed by Mohit Suri, the film also stars Aditya Roy Kapur.

In conversation with Sonil Dedhia, Shraddha admits to being nervous about her first solo lead, her relationship with her father Shakti Kapoor, and why she thinks star kids take a lot of things for granted.

Right from the time Aashiqui 2 was announced, there has been constant comparison with Aashiqui (1990). Does this add a lot of pressure?

Aashiqui was a blockbuster so there is some kind of pressure. But, personally, I am not feeling pressurised. We just hope that we are able to connect with the audience.

Mohit (Suri) is a brilliant director. He got us involved in this film. There is no doubt that he has made a fabulous film.

This is my first solo lead so I feel a little nervous as there are a lot of expectations from me. Did you have to revisit the film as part of the preparation?

Aashiqui 2 is a different story with different characters so we were not required to do that.

We had to take the essence from the original film, which was the emotional connect between the two characters.

It is an intense love story. The film is about two people -- Aditya (Roy Kapur)'s character called Rahul and my character Arohi. Both are singers. Rahul is an established singer and discovers talent in Arohi.

He has found a new purpose to show this talent to the world. They fall in love. My character is from a humble middle class Maharashtrian background, who is very rooted and has some monetary issues.

Since you play a Maharashtrian girl, did you take any advice from your mother (Shivangi Kapoor) or your aunt (Padmini Kohapure)?

Yes, I am half Maharashtrian and took some nuances from my day-to-day life to play the character in the film.

I spoke in the same tone that I talk to my mother and nana at home.

I used some of those personal experiences that came naturally to me. That is why Mohit felt that it was apt to cast me for this.

'I am very romantic as a person' 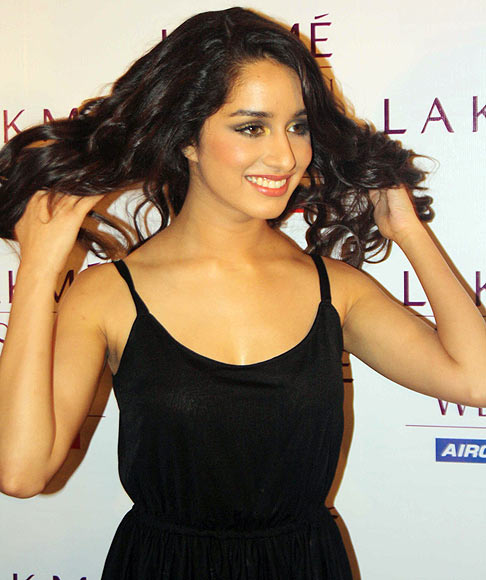 What are your memories of Aashiqui?

I was very young when I saw it. I remember listening to the songs while growing up. Saanson Ki Zaroorat was my favourite song.

Personally, how romantic are you?

I am very romantic as a person. I believe that love should be full of pagalpanti (madness). A lot of things in life today are taken for granted but love should not be one of them.

How comfortable are you exposing on screen?

It depends. I have been conducting my career according to my comfort zone. Because of that there are things which I haven't done so far on the big screen.

I don't see a scene as an intimate scene or a bold scene. It's just that I want to be a part of a great story and do good roles. It depends on the story and script.

'I would like to work in a good film, irrespective of the screen time' 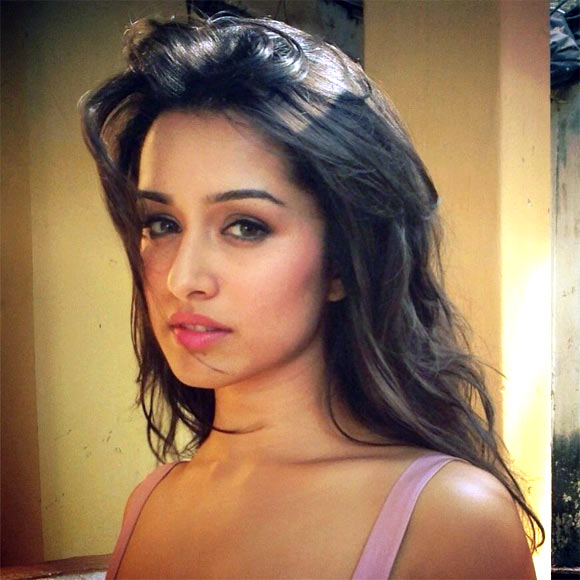 Your first film (Teen Paati) didn't do well at the box office and your second film (Luv Ka The End) garnered a mediocre response. Were you disappointed?

I was upset. I was growing up then. Teen Paati was my first film and it was very special. I was quite heartbroken but then my parents made me understand that it is a part and parcel of the industry. Success and failures come and go and you have to brush it off.

Then I got Luv Ka The End, which was one of the greatest experiences of my life. I got a really good response for my performance in the film.

Have you changed your approach towards acting?

I have always wanted to be part of a good story and I still maintain that.

I want to be a part of films where the story connects to the audience. I want to do good stories and work with good directors.

As I mentioned earlier, Luv Ka The End got me great reviews and even though Teen Patti didn't do well, people said nice things about me.

There are top-of-the-line actresses in good films who have just two scenes and two songs in the film. Would you take up these offers?

It is not the screen time but what sort of an impact my role can make that matters to me. There are a lot of actors who have very little screen time, but their performance has been appreciated

If I get to be a part of stories that interests me, I would take it up irrespective of the screen time. I would like to be a part of a film which has dancing as I love dancing.

'I really loved my father's work' 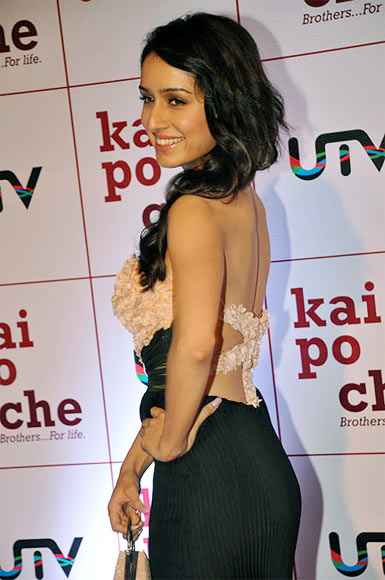 While growing up, were you a big fan of your father, Shakti Kapoor? Would you discuss his performances with your friends?

Yes, I really loved his work. As a kid, I used to accompany him to the sets of his films. He always played the villain and I used to shout at him for doing villain roles. Then my mother explained that he is just acting.

It was my frequent visits to the sets that got me interested in acting. To have such a brilliant actor as my father is a very proud feeling.

Were you embarrassed by your father's performances?

No, not at all. I was popular in school because of my father. I remember in school my friends used to tease me with his comic characters in films like Raja Babu and Andaz Apna Apna.

They would tease me saying 'Crime Master Gogo' and 'Nandu Sabka Bandu' and I used to feel nice. I loved him in comic roles. In real life, too, he is very funny.

Do you consult your family before signing a film?

My family gives me lot of advice and that is a great part of having a family in the same industry. Dinner table conversations revolve around films and film making.

My father and my aunt Padmini Kolhapure advise me a lot. It helps me because they have been in the industry for so long and have an interesting point of view. They guide me and are a massive resource for me. I would be silly not to use their advice.

'Star kids do take the industry for granted' 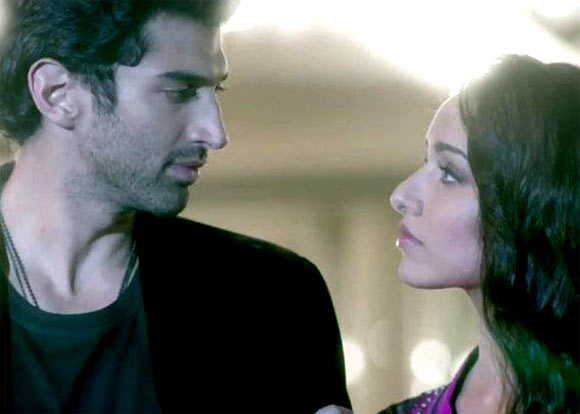 Karan Johar once said that outsiders in the film industry, like Shah Rukh Khan, will always be hungrier and will always be better behaved than second-generation kids who take the industry for granted. Do you think that's true?

I feel that Karan is right. Those who come with a dream to succeed on their own terms have a different kind of passion to succeed.

With the grace of God, I have been brought up very comfortably. I feel like there is a different sort of fire and drive in them.

What are the advantages that a star kid enjoys?

The biggest advantage is that you get more access to people in the industry. You are known as a celebrity child.

You can get access to people or maybe get the first film, but at the end of the day, it is talent, hard work and the ability to connect to people with their own identity that will take anyone ahead.

I am doing Gori Tere Pyaar Mein, produced by Dharma Productions. The film has Imran Khan and Kareena Kapoor and is directed by Punit Malhotra.

It should release in November.