Success eluded Shivarajkumar until last December and his film Mylari that ran in theatres for the landmark 100 days and gave his fans reason to rejoice.

This year began with a bang. It marked both his 25 years in the film industry and his marriage to Geetha. Fan clubs across the state celebrated, with his bust appearing everywhere, sweets being distributed and entertainment programmes being held.

The actor reciprocated with a mega cultural event to entertain fans and also made use of the occasion to felicitate his colleagues, especially those who, like him, had completed 25 years in films, such as Ramesh Arvind and Ravichandran. Heroines, who had acted with him starting from his first film Anand, were also part of the thanksgiving ceremony.

In the video above, Shivarajkumar Fan Club's co-ordinator Srikanth recalls Tamil superstar Rajnikanth's reaction to Jogi, the prequel to Shivarajkumar's 100th film Jogayya. Rajnikanth had watched the film along with thespian Rajkumar. 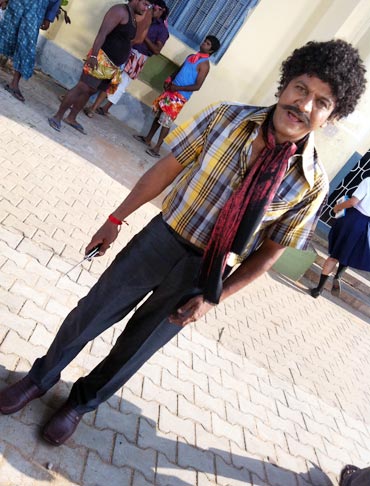 The frenzy has only been heightened with the forthcoming release of Shivarajkumar's 100th film, Jogayya. Expectations are sky-high given that it is a sequel to the blockbuster hit Jogi.

The release of the film, on August 19, is being treated like a festival by fans. More than 500 fan clubs in Bangalore alone are all geared up to give their Jogayya a grand welcome.

The film will be released in two main theatres in Bangalore -- Kapali and Santosh -- and fans have decided to decorate Kapali like never before.

"Two and a half lakh garlands have been used to adorn cut-outs and posters in Kapali alone. Later in the evening, fan associations of Shivanna's father, Rajkumar, will take out a procession from Balepete to Kapali theatre," says Srikanth, co-ordinator of all the Shivarajkumar fan clubs.

Another mega procession has been planned by Shivarajkumar fans on August 21, from Anand Rao Circle to Kapali theatre, with the actor sitting on an elephant. 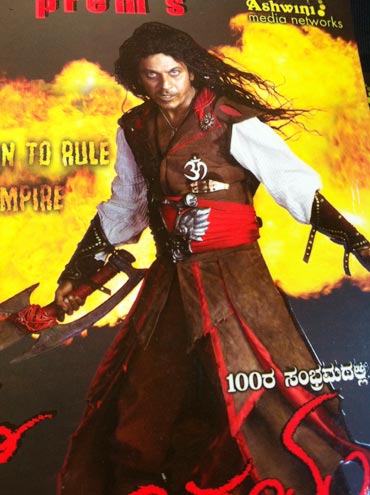 Srikanth has organised such events before too. The ardent Shivarajkumar fan says his fascination with the actor began early.

"As youngsters we were allowed to see only Rajkumar films. It was films like Jeevanachaitra and Odahuttidavaru that made my friends and I great fans of the legendary actor. We started observing and participating in release activities that the Rajkumar fans associations undertook. By then, Shivarajkumar had started acting and we started watching his films to see how Annavru's son acted. After watching Om our curiosity turned into admiration. I then decided to get involved in a fan club," he said.

From being a fan club president, Srikanth went on to produce films for Shivanna. "Producer Kanakapura Sreenivas is a good friend of mine. He was initially into producing and distributing Telugu films and when he expressed a desire to venture into Kannada films, I suggested that he sign Shivarajkumar. We roped in famed director Puri Jagannadh and popular music director Ramana Gokula for the project, Yuvaraja," he added. 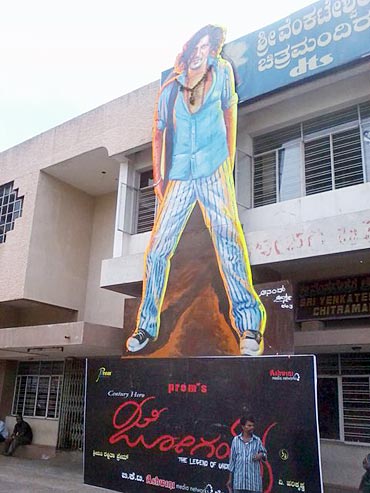 Srikanth has produced six films, including the under production Shiva. "Our friendship is rock solid now. During this long friendship I realised that Shivanna would have been a good cricketer if he had not become an actor. He enjoys the game thoroughly," says Srikanth.

Does it bother him that Shivarajkumar is mostly offered films that are high on rowdyism? "Fans like to see him in such films. So Shivanna obliges. But even such films come with a message. Anyway, of late, he has become choosy. I personally want him to do roles like those played by Rajnikanth and Chiranjeevi." 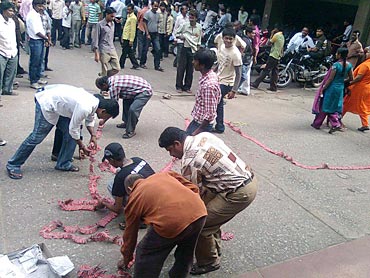 Praveen is another fan, who has had an opportunity to meet his favourite star often. He is a member of Shivuadda, a forum dedicated to the promotion of Kannada films, particularly to those of actor-brothers Shivarajkumar and Puneet.

Recalling his first run-in with the actor Praveen says, "I met him for the first time when I was in college. I had bunked a class to meet him and when he came to know of it, he advised me not to do so henceforth and pay attention to my education."

Shivuadda is planning a pride event which includes hosting a celebrity show of Jogayya. Shivarajkumar is expected to participate. "Jogi ran for 100 days in 61 theatres, 16 in Bangalore alone. We hope its sequel will break the record," says Praveen.

Another group of fans is planning to appear for the first day first show in one of the costumes that Shivanna has sported in the film. 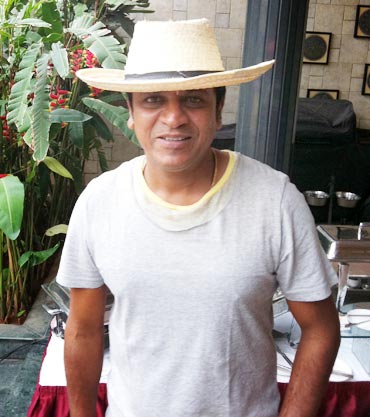 Jogayya is scheduled to release in 100 theatres in the Bangalore-Kolar-Tumkur sector and in a total of 200 theatres across Karnataka. Three theatres and some multiplexes are already sold out for the first three days as are three theatres in Mysore.
Director of the film, Prem, is known for his marketing skills.

As if being a sequel to Jogi is not enough, the added attractions are a 3D song in Jogayya and free audio CDs with the tickets at some centres. Posters and hoardings are everywhere, and the fan extravaganzas are the icing on the cake.

Wouldn't all these lakhs of rupees spent on decorations and processions by fans have been better spent on social causes in the name of the actor?  "Shivanna was of the same opinion," says Srikanth. "And such activities have also taken place. For instance, a bus stop has been built in Dodballapur by fans. But Jogayya being his 100th film, fans wanted a grand opening. Henceforth they have decided to spend more wisely."

It remains to be seen whether Jogayya lives up to the anticipation and hype.