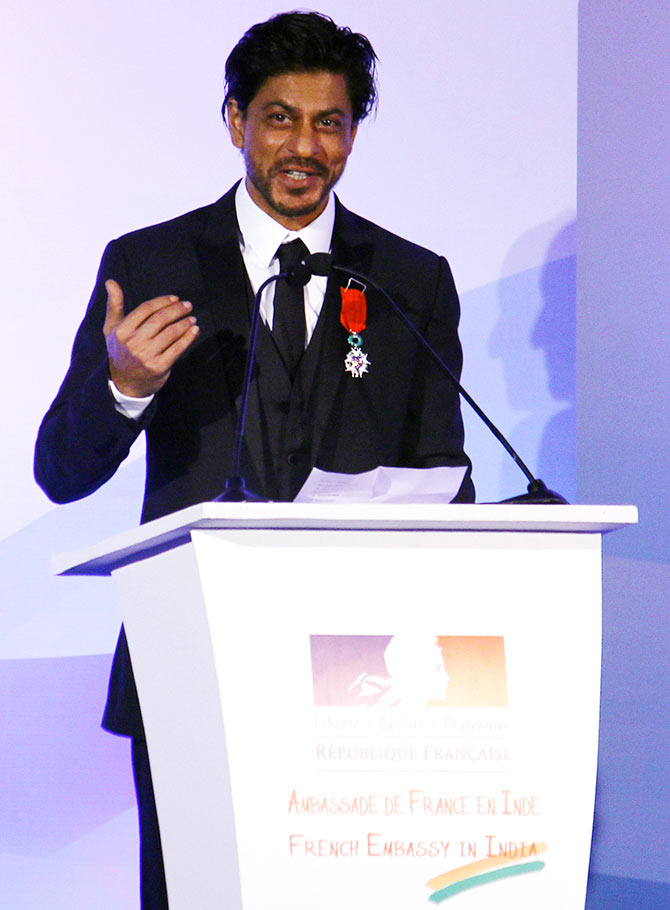 The superstar gets France's highest honour.

When Shah Rukh Khan received France’s highest honour -- the Knight of the Legion of Honour -- on Tuesday, July 1, at an event held at the Taj Mahal Palace hotel in South Mumbai, the superstar got quite emotional.

“It’s my mother’s birthday today,” Shah Rukh said. “If she was alive, apart from being extremely old, she would have been extremely happy that her son has got the highest and the most prestigious honour in the world. I thank you all on her behalf.” 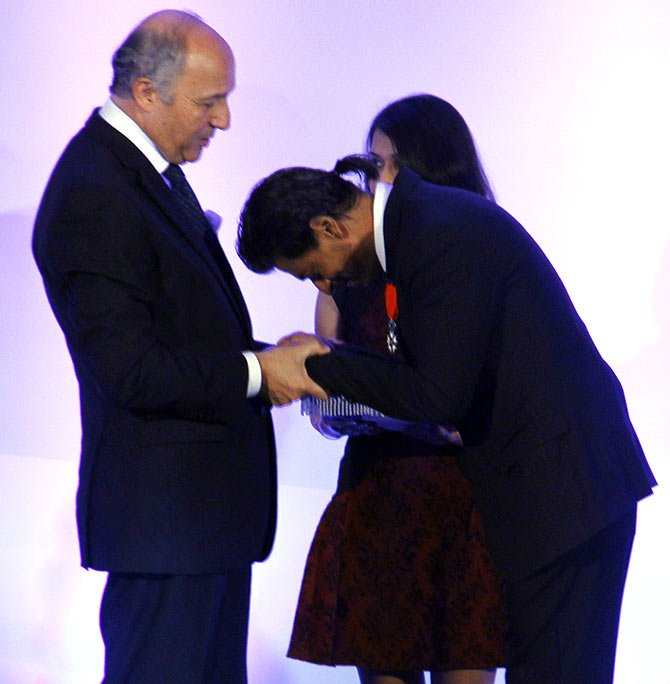 French Foreign Minister Laurent Fabius presented the prestigious award to the 48-year-old actor for his outstanding contribution to cultural diversity across the world.

"I feel humble to receive this award,” SRK said. “It would be wrong to accept the award for myself, so I am accepting it on behalf of the entire film fraternity.”

“It makes me feel proud to be recognised for the field I am passionate about. This award has motivated me to take Indian cinema to the next level of acceptance, love and glory. I thank the President of France for this honour," he adds.

Fabius praised the actor by saying, “The French people hail Shah Rukh Khan’s talent and generosity, which arouse the enthusiasm of a vast audience across the world, transcending cultural and historical differences and bringing together people from all walks of life to his films.”

Created in 1802 by Napoleon Bonaparte, the Legion of Honour is the highest award given by the France for outstanding service to the country, regardless of the nationality of the recipients. 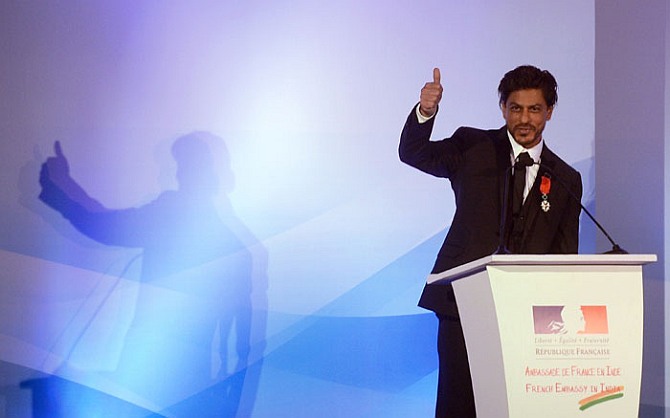 “I remember taking my kids on a holiday to Disneyworld in Paris. We really had a good time,” he says.

His first major appearance in France was in 2002, when he promoted his film Devdas at the Cannes Film Festival.

The actor later visited the country for the film shoots of Veer-Zaara and Don.

Shah Rukh is second Bollywood actor after Amitabh Bachchan to be bestowed this award.