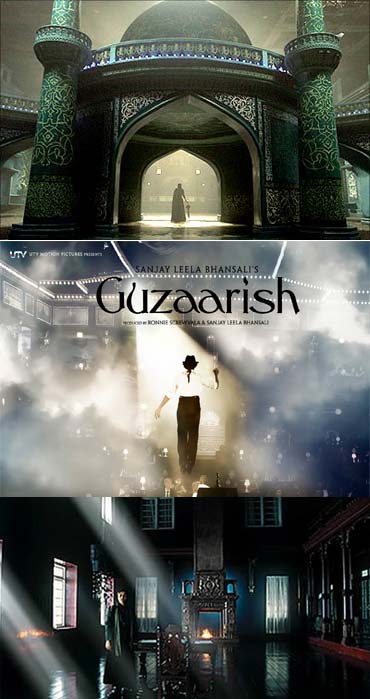 Apart from larger-than-life theatrics, the Guzaarish director loves to add a number of signature touches to all his creations. Take a peek:

There's nothing simple about a Bhansali creation. Every single frame macroor wide-shot, is a visual poem that depicts the filmmaker's vision with richprops and soaring grandeur.

Regardless of where he's shooting, be it a haveli or church, the end result is unfailingly resplendent. Even a below par movielike Saawariya boasts of stunning artistry in terms of production design. 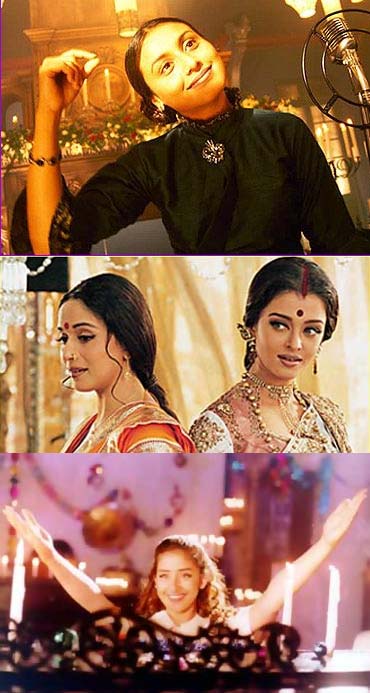 Whether it involves rebelling against their family or breaking social norms, these gritty divas aren't shy of treading the unconventional path.

Whether it's Annie in Khamoshi-The Musical, Michelle McNally of Black, Nandini of Hum Dil De Chuke Sanam, Paro and Chandramukhi in Devdas and, in all probability, Sofia from Guzaarish, Bhansali's women are mix of dignity and fortitude. 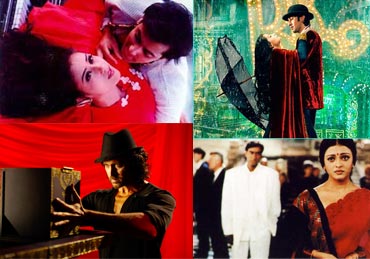 Although the filmmaker was ridiculed for overdoing the blue tint in Saawariya, red is the colour he actually swears by.

Notice the presence of this passionate hue in every movie of his. At times as a mark of celebration, on others a symbol of intense ardor, it's bold, gorgeous stain is hard to miss.

Even in the starkly titled Black, Rani Mukerji slips into a ruby red dress to accentuate the emotion of a tender first kiss. 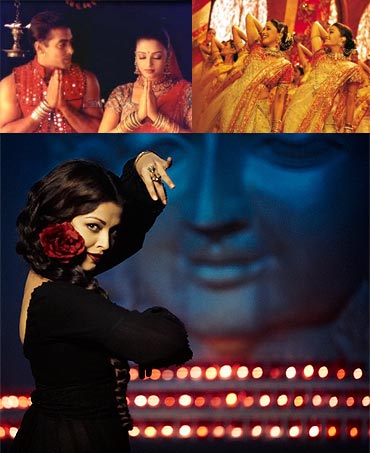 Senses play a significant role in making and appreciating music. Bhansali has them in truckloads.

Now he's turned composer too. And a impressive one at that. No wonder all his films are so full of delicate melody. 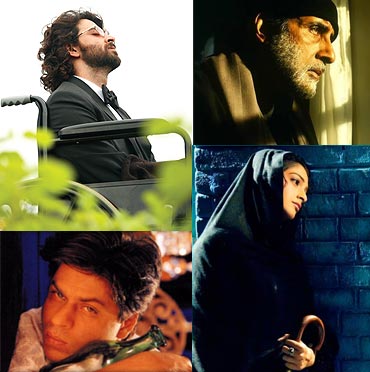 Seema Biswas is unable to get over the loss of her young son (Khamoshi-TheMusical).

Shah Rukh Khan takes to alcohol after losing his childhood sweetheart to his ego and another man (Devdas).

Amitabh Bachchan is a grumpy mix of lonely, bitter and disenchanted (Black).

Sonam Kapoor is gloomy in the anticipation of her mysteriously missing boyfriend (Saawariya).

Hrithik Roshan sees no point in living after a tragic accident (Guzaarish).

Get the drift? There's always an element of sadness in one of Bhansali's pivotal protagonists. It's like he's unwilling to paint an entirely rosy picture.

Mirror, mirror on the wall 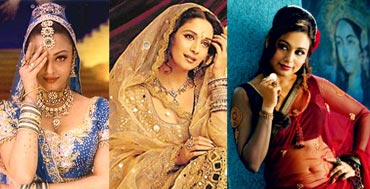 If it's Bhansali, she's got to look classical.

Considering his fascination with shringar as an expression of feminism, it's no surprise most actresses endup looking their best-ever in his movies.

Witness Madhuri dripping in ornate gold or Ash sparkling with scarlet lips, you'll get the drift. 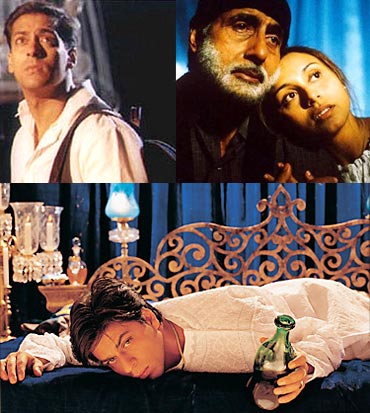 Unlike other Bollywood flicks that go out of their way to portray theirhero as a certified macho man, Bhansali lets his men shed tears by the bucket.

Welcome to my church! 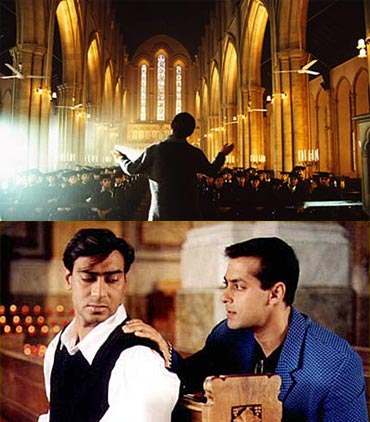 Devdas didn't have a scope for one if not Bhansali is more than happy to stage a sequence in or outside a church in pretty much all his movies.

If Khamoshi, Hum Dil De Chuke Sanam and Black has it as the venue for some of its most crucial scenes, the opening of Saawariya is marked by the ding dong of church bells.

Songs about the moon 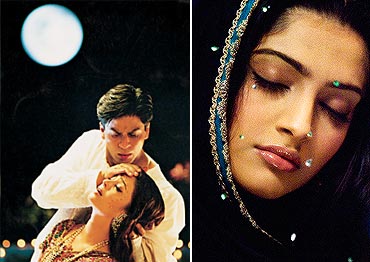 Image: Scenes from Devdas and Saawariya

There's something about the moon and its serene radiance that Bhansali just can't get enough of.

That ought to explain why every second movie features amellifluous ode to the shiny satellite.