Salman: If money can save a life, I'm ready to help 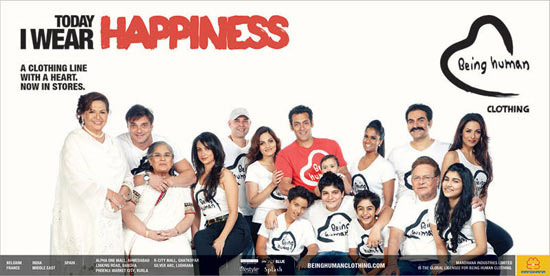 Salman Khan opened his first flagship Being Human clothing store in India on January 17 at Linking Road, in the western Mumbai suburb of Bandra.

Salman already has a chain of Being Human stores in Belgium, France, Dubai and Spain.

Announcing the opening of the store, the actor, who heads the Being Human Foundation, said, "I got involved with many charity works but it didn't leave a very good feeling. I felt like we were being cheated in the name of help. So, we decided to channelise it through Being Human. If money can save a life and improve quality of life, we are ready to help."

'Sanjay Dutt and Karan Johar have donated something' 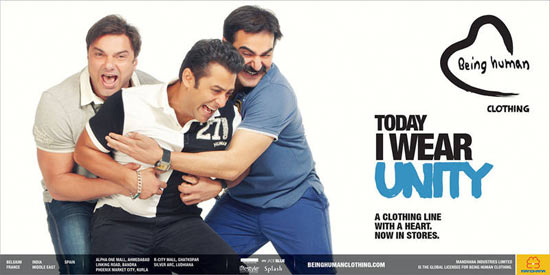 Salman Khan said his friends in the film industry have been most supportive of the Being Human Foundation.

"We offer help to those who need money for education, cancer, heart problems and curing other ailments. From the industry, Sanjay Dutt and Karan Johar have donated something. But we are not taking any help as such as the money is coming from the clothing sold in the stores," he says.

He adds, "I feel there should be competition in this area (charity). I think everyone should open charitable trusts and then see where it reaches...to what level."

'My father got married in just Rs 80' 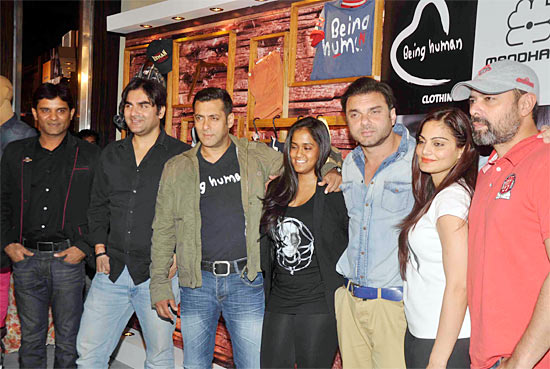 He said the response to his outlets in other parts of the world has been "too good" and "we are excited about opening the store here."

He does not believe in "mere bachche ki shaadi hain, paise se madat karo (help me with money for my child's marriage). My father got married in just Rs 80, so I might give a donation of just Rs 80 for a marriage and not more than that. If it's for heart, cancer or other ailment, or for education, we will try to do our best."

'We will not be promoting the brand Being Human in films' 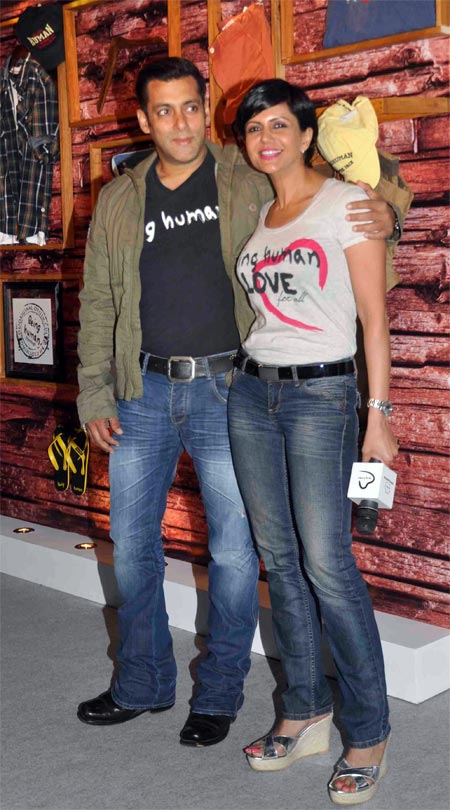 The proceeds from the sale of the clothes go to the foundation, which as Salman said helps the underprivileged through education and health initiatives.

"The only request I have to make to people is to buy products sold at our shops so that profits come to the trust," he says.

Salman wears his 'Being Human' T-shirts almost everywhere. "We will not be promoting the brand Being Human in films because the characters that I play won't look good in those T-shirts, but the branding will be done later," he said. 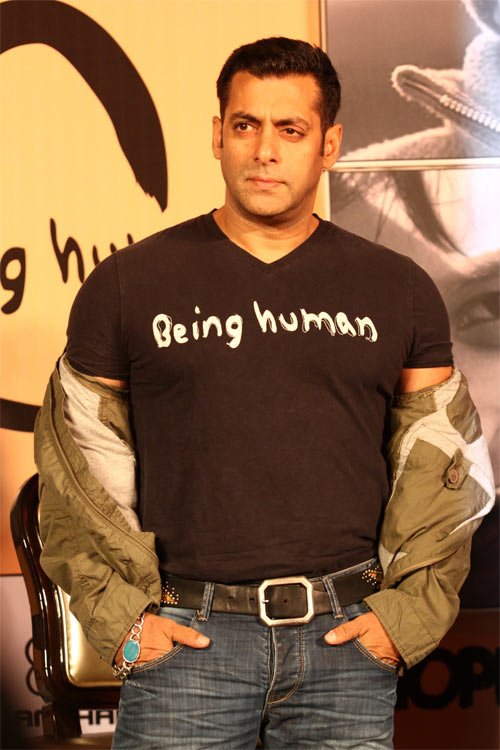 Talking about the USP of the Being Human label, Salman says, "The quality is good...it is nice and different. One can differentiate between the fake and the real Being Human' T-shirts. I don't let any of the clothes come into the market unless I check or wear it."