Sign in  |  Create a Rediffmail account
Rediff.com  » Movies » Sajid Khan: Hindi films are not made for film critics

Sajid Khan: Hindi films are not made for film critics 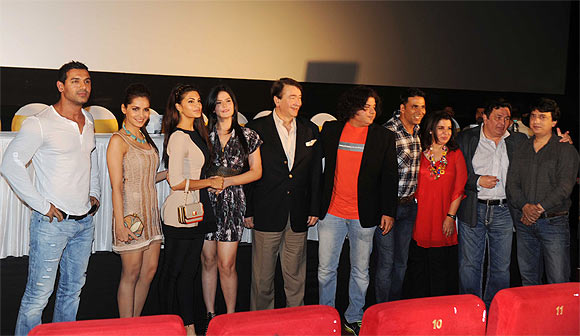 Sajid Khan launched the first trailer of his film Housefull 2 on Thursday. We caught the action.

It was a full house at the first theatrical trailer launch of Housefull 2 at Cinemax theatre, Versova, a western suburb of Mumbai.

The rest of the cast -- Riteish Deshmukh, Boman Irani, Shreyas Talpade, Asin and Mithun Chakraborty -- did not make an appearance. 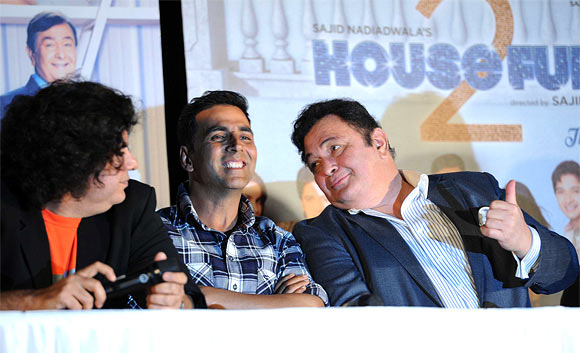 Akshay was caught in a naughty mood, as he refused to give a long talk about the film.

"Speeches should be like mini skirts -- jitni kum ho utni achchi hai (the shorter, the better)," he said with a smile.

"I enjoyed working with all of them. When I am around people I know, I don't need to be formal," he added. 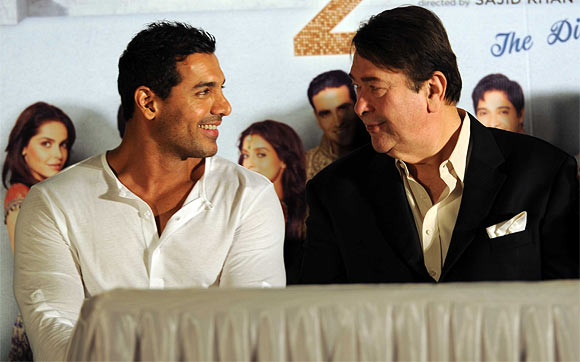 Akshay's partner-in-crime John Abraham added: "I enjoy working with Akshay; I call him Guruji. He is such fun to work with that I don't mind doing the next five films with him."

The Kapoor brothers -- Randhir and Rishi -- are coming together on screen for the first time with this film, and seemed very happy about it.

Meanwhile, Rishi is still getting rave reviews for his latest film, Agneepath. "I am an actor. I try to make justice to all the roles that I play," he said.

Randhir chimed in: "He is a fine actor. Whether the films are good or bad, his characters have always been first-rate. He gave a fantastic performance in Agneepath."

Sajid: All the actors wanted to be a part of the film 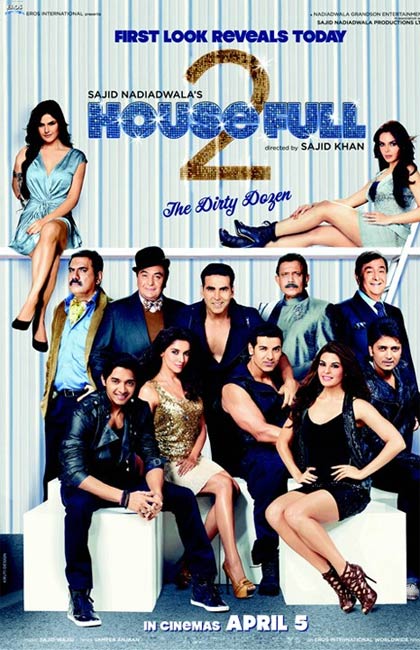 The first Housefull film had six protagonists. The number has doubled for the sequel, and so comes the tagline: The Dirty Dozen.

"All the actors wanted to be a part of the franchise. My brother (Sajid Nadiadwala) and I played an important part in the casting," Sajid said.

Sajid's earlier films Heyy Babyy and Housefull were panned by the critics but were successful at the box office. So he obviously doesn't take critics seriously.

"Critics never rate any blockbuster well," he said. "Last year, four films crossed the Rs 100 crore mark (Ready, Bodyguard, Ra.One and Singham). The critics ran down all those films even though they did good business in the industry."

He added: "Hindi films are not made for critics; it is made for Hindi film watching audience worldwide."

Housefull 2 will release on April 5.