'Kaccha Limboo is not Bheja Fry 2' 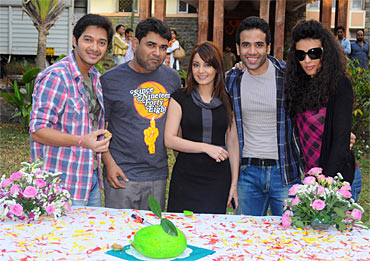 He lives in King's Circle, central Mumbai, far, far, away from the Bollywood crowd, settled in the precincts of the western suburbs. It helps him stay rooted, he says.

"There so many gardens here... and amazing South Indian food!" he explains.

Meet Sagar Ballary, the young director of the surprise 2007 hit, Bheja Fry and his second film, Kaccha Limboo, out this Friday.

Sagar tells Shaikh Ayaz how pressurised he feels about delivering another hit, and that the new film is not Bheja Fry 2. 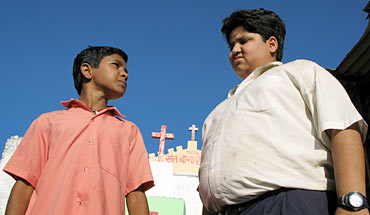 Kaccha Limboo comes after the sleeper hit Bheja Fry. Do you feel the audience is expecting another Bheja Fry?

To be honest, I felt hugely burdened with expectations when I started making Kaccha Limboo. Then I thought it's best not to think about it. It's better to just concentrate, finish your work and let people take a call.

So, as you ask me this question, right now, considering where I am, in the position I am in, I don't feel burdened at all. I am not bothered that much today.

Kaccha Limboo is a very nice, sensitive film and I am confident about the way it has taken shape.

Have you shown the film to your mentor, Rajat Kapoor?

I couldn't show the film to Rajat. As a matter, I haven't shown it to any of my friends or colleagues. But I'd love to know what Rajat feels about it.

'How can we make Bheja Fry without Vinay Pathak?' 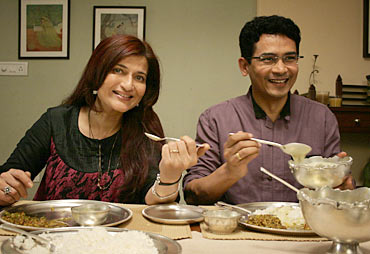 Is it true that you were not satisfied with the final print and asked for a redo?

Yeah, I'm still getting it redone because the most important thing about the film is its visuals and I didn't want to lose any of them. I felt certain sequences could have been brighter and richer. We've got a new colourtist. That's why the film is a big secret and we haven't been able to show it yet.

Why is it that some people are confusing Kaccha Limboo as Bheja Fry's sequel?

Are they? I don't understand why people should think that way. Kaccha Limboo has a very different star cast. Most importantly, it doesn't have Vinay Pathak. How can we make Bheja Fry without Vinay? He was the soul of the film.

No, no. It's called Bheja Fry 2. It's going to be double the fun. It's complete and we will try to release it soon. Trust me, Vinay will make sure you laugh your lungs out.

'I have learnt the art of small-budget filmmaking' 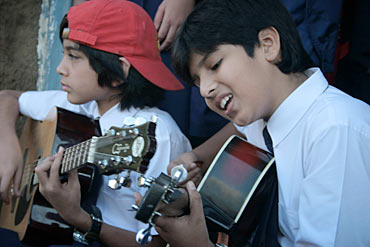 What are the thing things you've learnt from Rajat Kapoor?

Patience. Rajat is very cool-minded; he doesn't make fuss about things. In the films he acts, he comes across as slightly arrogant but he's the opposite in real life.

Another thing I have learnt is the art of small-budget filmmaking. How to use money efficiently and make a good film within a budget.

Do you discuss your ideas with him?

Yes, we always talk and discuss. His opinion matters to me. (Laughs) But ever since I started making Kaccha Limboo I haven't had the time to even talk to my wife. How could I have spoken to Rajat? Where was the time?

'I wanted to do a film like Kitaab for a long, long time' 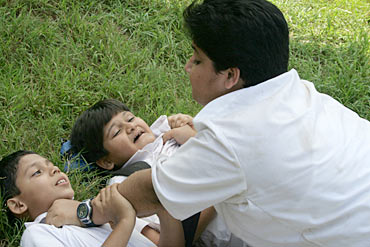 Tell us one recent film you wish you had made?

Frankly, I have never thought about it. I am happy with what I am doing. But I love many films.

Okay, your three top favourite films of all time?

Kitaab has served as inspiration for Kaccha Limboo, isn't it?

I love Kitaab. I think everybody who loves cinema should watch it. Gulzarsaab brings so much sensitivity to the subject. I wanted to do a similar film for a long, long time. Finally, here I am, with Kaccha Limboo.