Sachin Tendulkar in a Kannada film! Let’s see what this week’s releases have to offer to the Kannada audiences.

The movie which has been certified as a ‘children’s film’ captures the struggles of an autistic boy to make it big as a cricketer.

Master Snehith who has acted in a few Kannada films as a child artiste plays the title role of Sachin who aspires to become Tendulkar. Says Snehith, “I am not Tendulkar but I want to become like him. Sachin Tendulkar is my idol and I worship him as my cricketing hero in the movie.”

Says Suhasini, “This is a cricket-based film. The story is about my character’s younger brother who was born with autism. So, in order to  take care of him my character decides not to get married. I soon realise that my brother’s  interest lies in cricket, so I encourage him. I remain unmarried as I focus on my younger brother. He understands that and helps me.”

Former Indian pacer is making his cinematic debut with this film. He plays a coach in the movie who helps Sachin realize his dream and come into his own as a cricketer.

Director Mohan says there is a 30-minute cricket match in the movie which is one of the major highlights of the film. Veteran actress Sudha Rani will be seen in a prominent role.

The film is produced by B N Gangadhar. The film has music by Rajesh Ramanath and cinematography by Prasad Babu.

The film has been shot mostly in Bangalore. 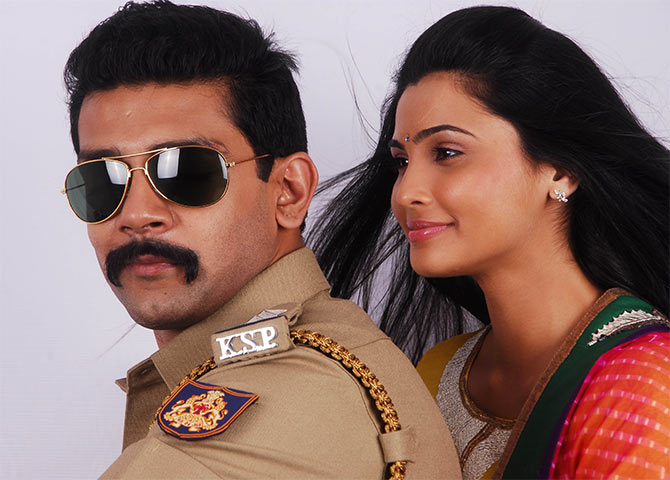 Aakramana is the second 3-D Kannada movie after Upendra-Ramya starrer Katari Veera Sura Sundarangi. Aakramana is the first horror movie in Kannada to be shot in the 3-D format.

According to the director Prashanth Kumar, the film has elements of suspense and horror. He said the highlight of the movie is the use of graphics for a length of 15 minutes. Prashanth, who is also one of the producers, said the movie will be released in both the 2-D and 3-D formats as the movie was shot in both the formats simultaneously.

Satish Aryan has composed the music and K J Rateesh is the cinematographer. Vimal Jain and Paramesh are the co-producers. Oscar Abhishek, Lalith Raj Vinayak and Adarsh have penned the dialogues.