'I am proud to be directing Kamasutra' 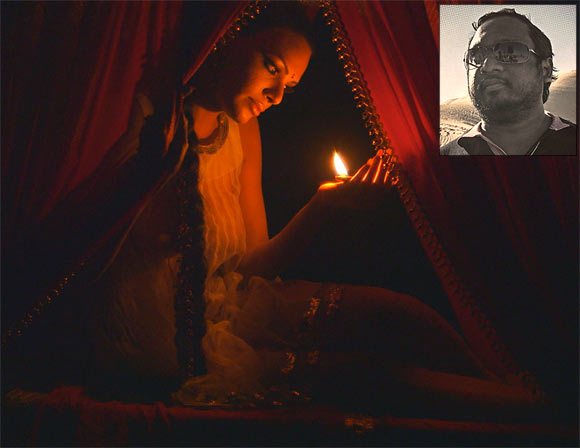 After making Saint Dracula 3D, film maker Rupesh Paul, the engineer-turned-journalist-turned-poet and filmmaker, has moved to a subject that is bound to create a lot of noise. The title, Kamasutra 3D, says it all

In this exclusive interview, Rupesh Paul talks about the making of the film.

Why did you decide to make the film Kamasutra 3D?

Meera Nair had made Kamasutra, and there was only one scene in the entire film where Rekha teaches Kamasutra. The film had no connection with the sacred text, the Kamasutra.

Our land has been described as the land of Kamasutra. So for a long time, it has been my strong desire to make a film based on Vatsyanan's Kamsutra. But it is a sex manual and there is no story in it.

Also, as I travelled abroad, I found how attracted people all over the world are by the Kamasutra. I saw many, many translations and many interpretations at all book shops.

As I researched, I found that there was another rishi who rewrote the text as Anangarangam. I wondered why he had written such an interpretation. That led me to write the story of my film, and then, my film.

So, yours is the fictionalised version of the text?

Yes. Anangarangam is a rare book. My story is about why this rishi wrote such a book when the Kamasutra itself was available.

What is the story of your film?

Lad Khan, a prince in a small place in Rajasthan is a Casanova. When the King is on his death bed, he asks the Prince to get married. If he didn't get married, the King said he would give the kingdom to his brother's son.

But the Prince is interested only in women. Anyway, he agrees to get married and be the next King. Then the King realises that nobody wants to give his daughter to the Prince.

Then, an old friend of the King (played by Nasser), who is a pauper, gives his daughter (Sherlyn Chopra) to the Prince as bride. And the Prince is expected to abandon her the moment he gets the kingdom. The film is all about how she wins him back.

'There is nothing in our law that says nudity is prohibited' 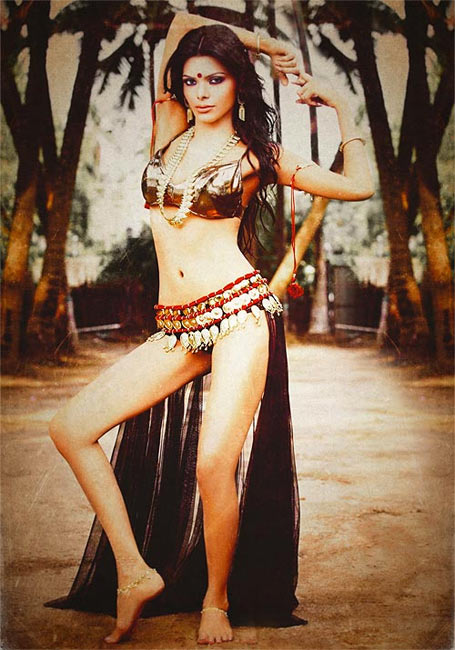 Was it because you were making a film based on the Kamasutra that you chose to make it in English and not in an Indian language?

Were you not apprehensive about making a film on the Kamasutra in an Indian language?

Only those who have a British education are against what is written in the Kamasutra. Our tradition is not that. Ours is the land that has unlimited, seamless freedom; the land of Kamasutra.

A real Indian will never say anything against a movie like this. It is a tragedy that a country like ours has started thinking like the colonial conservative British.

Is not the Indian Tourism department promoting India as the land of Kamasutra? Is not Khajuraho one of the most sought after tourist destinations?

Still, don't you fear problems with the censors?

There is nothing in our law that says nudity is prohibited. Yes, obscenity is. So, as a creative film maker, if I can prove that my work of art is not obscene, why should I be worried? I have no plan to make an obscene film.  What I am making is an aesthetic film.

I cannot brush aside the Indian market. This is the only market where you can have 3000 prints.

How was shooting Kamasutra?

Real artists, once they get into a trance, will have no inhibition. There were a few scenes that were to be shot in day light, in the middle of a desert. It was a long shot and the artist had to walk almost nude from the caravan to the location and there were at least 40 people in the crew. You can't have an all-women crew.

Sherlyn Chopra, the lead actress was there nude on the location for 22 hours. As it was a 3D movie, in between the shots there were breaks. She had body make-up and if after each shot she covered herself up, we would have to do the make-up on her body all over again before each shot. That means a lot of time was wasted in between.

When I discussed this with her, she said, if she was allowed to smoke, she would remain nude for 22 hours. I had banned smoking on my sets but I changed it for her. She wanted a distraction from the feeling that she was nude. 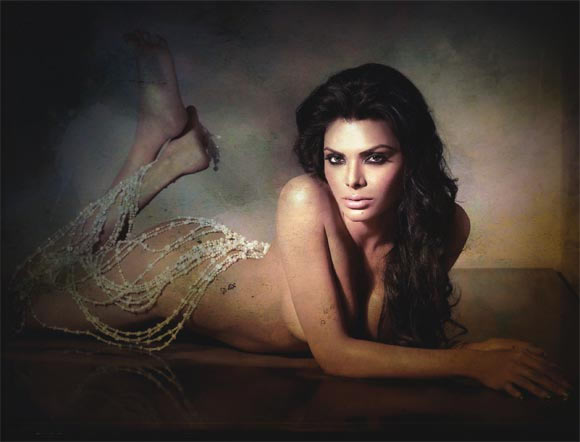 How did you choose her?

Most of the top Hindi actresses do not want to act in so-called 'bold' scenes. It was a very long drawn out process to find the right person and it was quite taxing for a director. Here, you won't get actresses who are ready to act nude; you have to convince them.

I was extremely considerate to the actress as she had agreed to act in the way I had asked her to. I was not the usual Hitler-like director on the sets of this film. We had a peaceful kind of shooting.

We shot the most 'bold' scene with Sherlyn first in a studio in Mumbai. They were choreographed scenes.

Was that the much publicised dance scene choreographed by Saroj Khan?

This was different. That was Sherlyn Chopra with 50 nude dancers. They live in an ashram of an asura rishi and that is where they dance.

What was Saroj Khan's reaction when you said the dancers were going to be nude?

She said that if I had asked somebody else to choreograph the song, she would have felt bad!

Her demand was that she would choreograph the dance first and based on that, music should be composed. We agreed immediately.

How was the journey from Mother's Laptop to Saint Dracula to Kamasutra?

India is the land of Kamasutra, and I am proud to be directing Kamasutra.