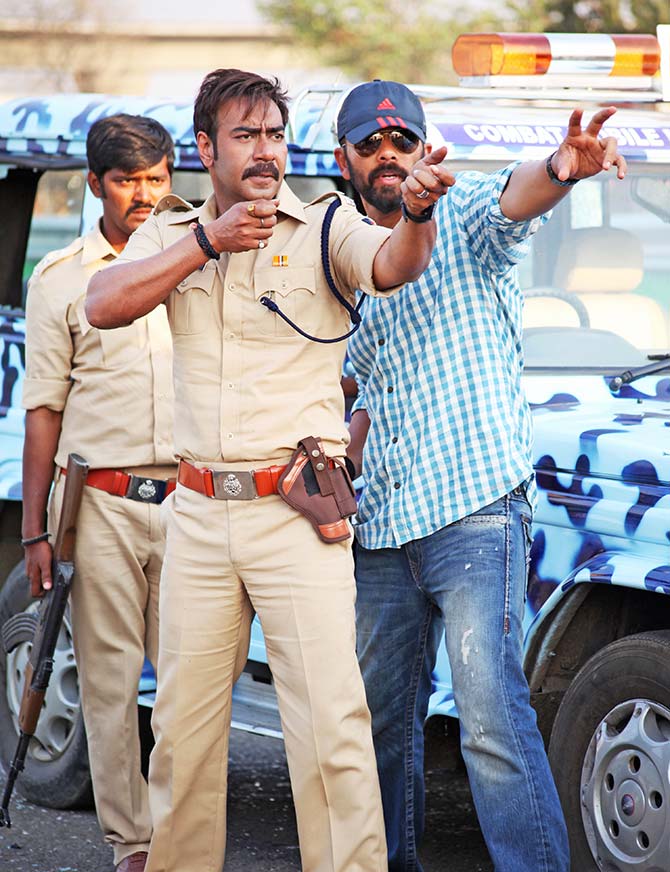 'I am a commercial filmmaker. My films are always big budget films where a lot of money is pumped in. I need to recover that money because I cannot make somebody sell his house because of my film.'

'At the same time, I cannot cheat the audience.'

Rohit Shetty explains why box office success is important for him.

Director Rohit Shetty is back this Friday, and he seems ready to beat Kick's record-breaking box office collections with his next edition of Singham Returns.

The 41-year-old director talks to Sonil Dedhia about his action film, starring Ajay Devgn and Kareena Kapoor, and tells us why his movies are incomplete without flying cars!

An outfit called the Hindu Janajagruti Samiti has called for a ban on Singham Returns. Can you clarify your stand on it?

All my films have cases and controversies; it is nothing new. But I would like to clarify that there is no ban on Singham Returns.

This has been happening since 1932. We have shown the same thing in the film. We will show them the film and sort out the issue. You are regarded as the most commercial director in the industry today. Does that pressure you to perform well at the box office?

When you make a film, you want your money to be recovered. Earlier, the measure of a film’s success was how many days it ran in theatres -- whether a film was a silver jubilee, a golden jubilee or a 100-day running film.

Now it depends on how much a film has earned at the box office.

At the same time, personally, I don't see it as a big achievement in my life. I don’t pressurise myself by constantly thinking that I have to make the biggest blockbuster.

How have you remained unaffected by the success of your films?

It is the approach that matters the most. The day I take my audience and success for granted will be my downfall.

A few days back we were giving the finishing touches to the film and I was as nervous as I was for my first film.

Whether the film is a hit or a flop on Friday, my honesty towards my craft will always be there.

I feel that yes, we gave our 100 per cent to the film. The rest is up to the audience.

'I am happy making people laugh' 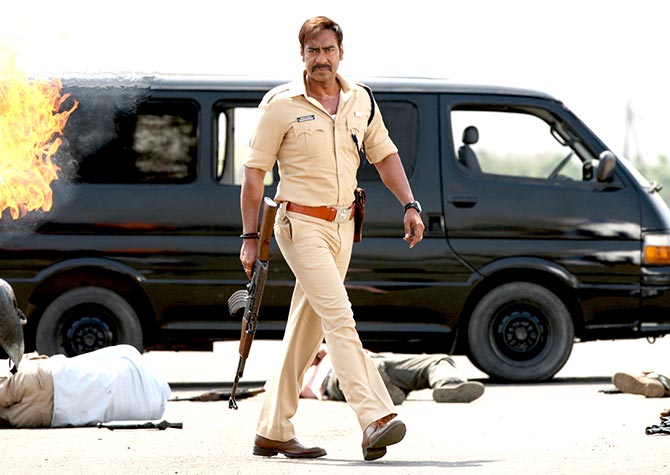 Ajay Devgn told me earlier that the action in Singham Returns is more realistic, unlike in typical Rohit Shetty films where it is quite over-the-top.

Forget action, all my films are over-the-top (laughs). And I am not ashamed of making them. There is an audience that loves such films.

But after making Singham, I saw a lot of films with the same kind of action sequences.

I wanted to bring something new to the same genre. In Singham Returns, the action is completely different from what I have done earlier.

Have you ever thought of moving out of your comfort zone of action or comedy, and doing something different?

When I try to make a romantic film, it turns out to be Chennai Express (laughs).

I am a commercial filmmaker. My films are always big budget films where a lot of money is pumped in. I need to recover that money because I cannot make somebody sell his house because of my film.

At the same time, I cannot cheat the audience. I cater to them and I know how to make films for them.

Also, I should feel like doing something different from within, and as of now, I don't feel like making an offbeat film. I am happy making people laugh.

'Deepika Padukone would be the best choice for an action film' 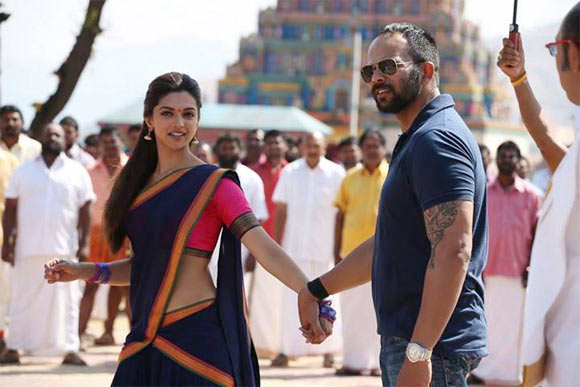 How do you make commercial films look fresh all the time?

I don't know, but I have kept an open door policy where I keep observing people and notice what they see and how they react.

Whenever I edit a film, everyone in my team is allowed to sit in on it and give their opinions.

I am sure after Singham Returns releases, 80 per cent of the audience will like it. The remaining will say, 'Yeh kya gaadi udaya hai yaar, yeh kaisi film banaya' (Why does he always make the cars fly; what kind of film has he made).

Critics will give Singham Returns 2 stars. I am ready for that.

We keep comparing ourselves to Hollywood which speaks only one language. India is a country with so many cultures, so many languages and so many gods and so many regional film industries.

For me, the pan-India audience is very important.

Kareena Kapoor wants to make a woman-oriented film on the lines of Singham. Would you like to direct such a film?

Not presently, but if I get a good script, why not?

Today, actors are evolving and there's room for everyone. I would love to do something like that.

Deepika Padukone would be the best choice for an action film. She has the physique to carry the role.

'Only Shah Rukh has been confirmed for my next film' 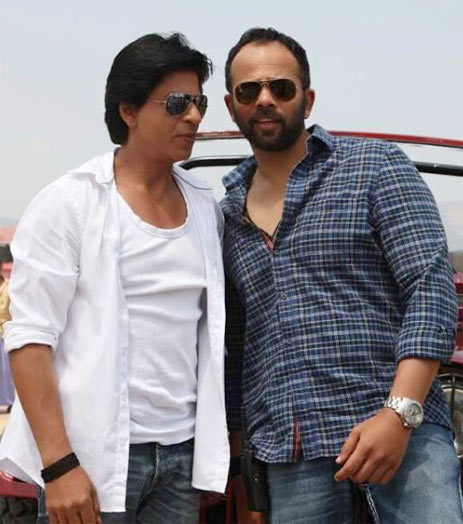 There are reports that your next film with Shah Rukh Khan is a remake of Chalti Ka Naam Gaadi.

There are so many films I am doing according to reports in the media.

I'd like to put all rumours to rest and say that only Shah Rukh Khan has been confirmed for my next film. No one else has been roped in as of now.

The pre-production for the film has already started and it will go on the floors next year.

I don't know about the cast, but one thing is for sure -- the car will be the most important thing in the film.

So people can't call it Chalti Ka Naam Gaadi because tab log bolenge ki yeh gaadi chalayega nahi udayega (people will say that my cars are not driven, they fly)!