We asked you, dear readers, to share your list of the most annoying lyrics from Hindi movies. Here's what you picked!

It was everywhere -- at parties, weddings, in the markets and in living rooms.

But what the opening phrase in the song -- Dhinka Chika -- means is still a mystery.

If you think of more annoying lyrics, do write in! 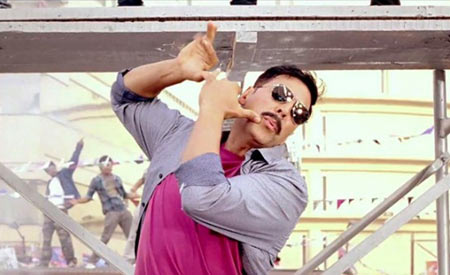 Akshay Kumar moves around merrily in his latest blockbuster Rowdy Rathore, luring his lady love with the promises of taking her in the 'sumdi'.

This one's as bizzare as they come.

Anurag Kashyap's Gangs Of Wasseypur features many double entendres. But the best of the lot belong to the Hunter song.

Absolutely absurd and innuendo-laden, this one has a bunch of revellers boasting of their mighty 'guns'. 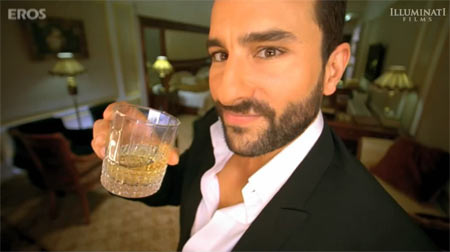 Saif Ali Khan's suave and sophisticated spy turns into a buffoon for a funny song in the film.

The song enjoyed wide popularity upon its release. 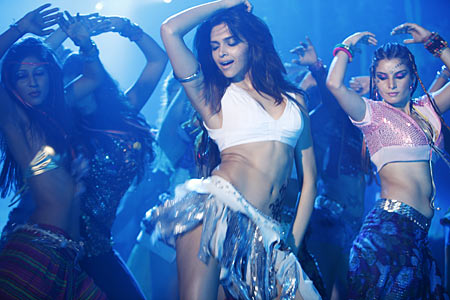 But she couldn't divert attention from the lyrics, 'Unche se uncha banda/Potty pe baithe nanga' was probably too profound for the liking of the masses.

This one's clearly a pioneer.

Kamal Haasan is so overwhelmed with his lover's beauty that he can't put together coherent words to describe it. 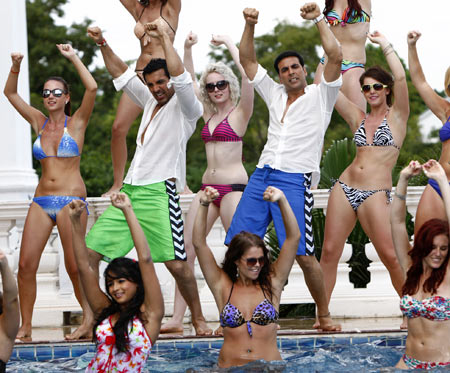 This entire film doesn't make sense to begin with.

In what world do two hot gigolos get to serenade hot blondes for a job? The song, 'English thumke dil ki rythm pe' at least appears on this list.