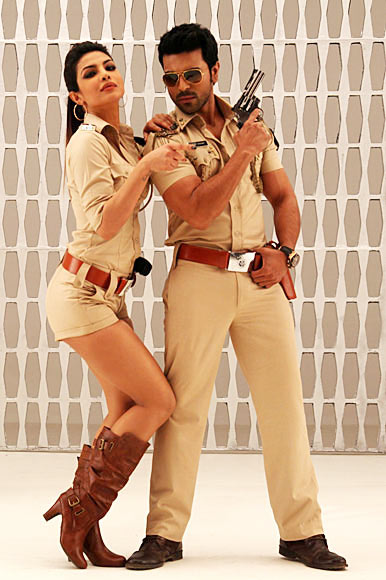 Trying to step into Amitabh Bachchan's shoes is never easy, especially when it comes to doing the role that made the actor a superstar.

But Chiranjeevi’s star son Ram Charan has taken the big risk as he makes his Hind debut in the remake of Zanjeer, set to release on September 6.

The 28-year-old actor, who is a superstar in Telugu cinema, admitted that he had his own reservations to do the remake but it was his father who convinced him to take up the challenge.

In an exclusive interview Sonil Dedhia, Ram Charan speaks about his foray in Hindi films, comparisons with Amitabh Bachchan, being a superstar's son and despite starring in a remake, why he is against remaking his own movies.

Yes, it’s a coincidence (smiles). Neither my father nor I realised it. When I was shooting for the film, one of the crew members brought it to my notice.

You have refused Hindi film offers from reputed filmmakers like Vidhu Vinod Chopra and Farhan Akhtar. What made you agree to do this film?

These are all rumours. This is the first time I have been approached to do a Hindi film.

It’s true that Vidhuji and I have known each other for a long time. I meet him whenever I am in Mumbai. He had shown me 3 Idiots even before it released. But he has never approached me.

Abhishek Kapoor is also a very dear friend of mine. He has shot a lot of advertisements and that’s how I met Farhan.

'I had almost rejected the Zanjeer remake' 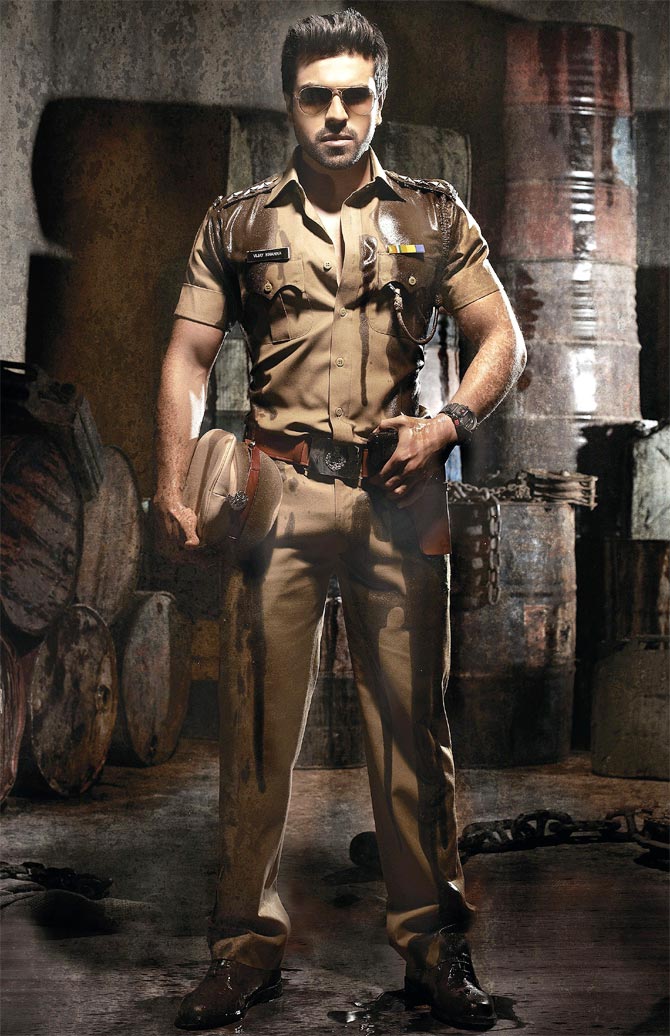 What was the first thought that came to your mind when Apoorva Lakhia came to you with the remake of Zanjeer?

I was in two minds whether I should do the film. Zanjeer is an iconic film. It established Mr (Amitabh) Bachchan as the angry young man.

I asked Apoorva a lot of questions like why did he want to make this film and why did he want me in it. The most difficult part was to say yes to the film as I was aware that there would be a lot of expectations. I had almost rejected the film.

So what convinced you to take up the project?

It was my father. He is a big fan of Mr Bachchan and always wanted to work with him or a remake of one of his films, but he could never do it.

My father and I sat together to hear the first narration. He could barely think of any changes that were required in the script. After the narration, I was still wondering whether I should take it up. It was my father who made me sign the film.

“The only reason is that you are scared to play Mr Bachchan’s character and that should not make you reject the film,” he said. This gave me confidence. 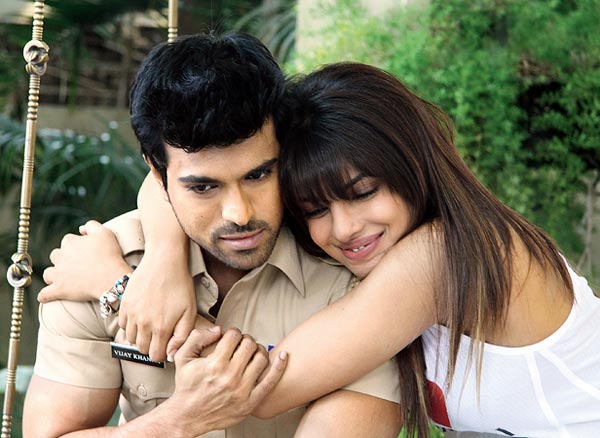 Did you ever fear that you would be compared to Amitabh Bachchan?

No, I never felt like that because I am not trying to ape him. I don’t think I can recreate, or do what he did. Nobody can be like him.

Our film is like a tribute to him and the iconic film.

Not once did I feel pressurised that I was stepping into Mr Bachchan’s shoes. I don’t say I didn’t feel the pressure of starring in a remake of Zanjeer, but somewhere that worked to my advantage.

How did it work to your advantage?

We were more responsible while shooting the film. We were aware of what we were doing and not fooling around on the sets. We carefully shot everything and took note of the minute details. 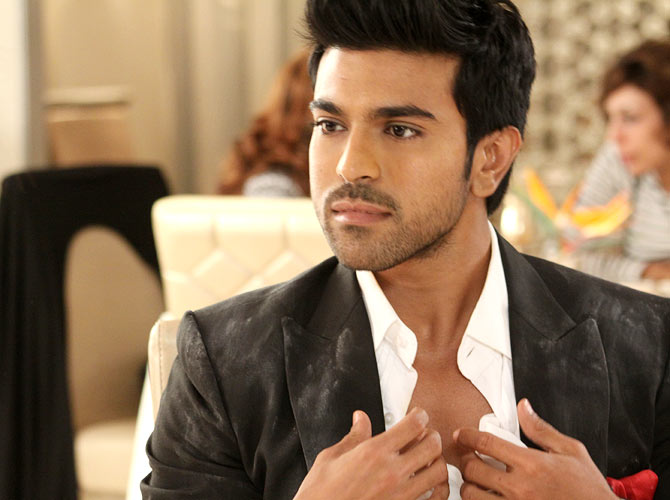 Your father is a close friend of Amitabh Bachchan. Did he speak to him about your film?

You met Amitabh Bachchan before you started shooting for the film. Can you tell is about the conversation that you had with him?

I was pretty scared when I met him for the first time (smiles). I knew he is a warm and cordial person but I was going to stand in front of a person who created such an iconic character.

He was very encouraging and the best part was we didn’t talk much about Zanjeer. I distinctly remember one thing. He said, “Zanjeer is a beautiful subject and anyone who does it will come out with flying colours.”

We spoke about a lot of other things. Later on, I met him again when I went to invite him for my wedding.

'Sanjay Dutt is a darling and I really miss him' 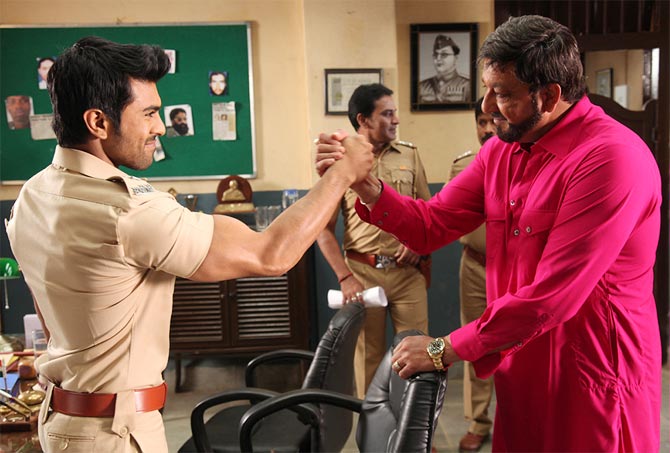 Tell us about your experience of working with Priyanka Chopra.

I had a lot of fun working with her. She gave me a lot of valuable inputs and made me feel comfortable.

She had a tough time dubbing in Telugu but she put in a lot of hard work. Every night she would take time out to rehearse her dialogues in Telugu. By the end of the film she started fumbling to say her Hindi dialogues and got her Telugu ones perfectly!

How was it working with an actor like Sanjay Dutt?

I desperately wanted Sanjay sir to do this film. He wasn’t sure whether he wanted to do the film, so Apoorva auditioned 10 other guys who were all established actors but he wasn’t satisfied.

We were hell-bent on Sanjay sir doing the film. He was shooting for Policegiri in Hyderabad when I invited him home. We sat together and spoke about the movie.

I requested him and some miracle happened in the night because next day I got a call from him and he told me he will do the film.

I was nervous about shooting with him. He spoke to me and made me feel comfortable.

We were shooting for the iconic scene where Sher Khan enters the police station. We were supposed to start the shooting at 8 am but we started at 3 pm because I had to hold him by his collar and I couldn’t do it. He is a darling and I really miss him.

Most actors down south do as many as three films a year. You have just done six films in six years.

Yes, it’s a deliberate decision. I like to space out my work. Although I have three releases this year, it’s good to be selective as it gives me time to concentrate on whatever I am doing.

'My father never pampered me' 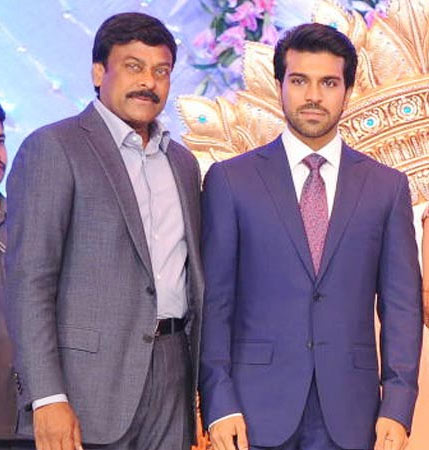 I have changed about eight schools and around three to four colleges. The minute I got comfortable and my friends and teachers would come to know that I was Chiranjeevi’s son, my father would pull me out and take admission at some other place.  Because of this I didn’t make too many friends.

He was a very strict father, which in a way has helped me to become who I am today. He never pampered me, as he wanted me to live a normal life.

No film magazines were allowed at home and we weren’t allowed to watch any movies.

I missed him a lot during my growing up days. He did around eight to nine films a year and he would hardly be home. He would come at odd hours so we hardly interacted with each other.

Did you accompany him on the sets?

I used to rarely go on film sets. I felt it was very boring to see the same shot being done so many times. Also, as I said earlier, my father would keep us away from his work.

'Wedding has brought in a beautiful change in my life' 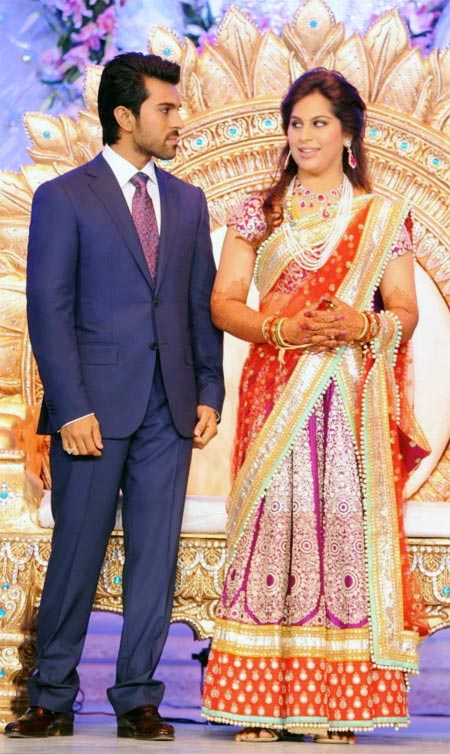 You got married last year. How have things changed?

There is a beautiful change in my life. I have an added responsibility, which feels nice. We have known each other for a long time and also dated before we got married.

I am looking forward to a happy married life (smiles).

'I don't think Magadheera should be remade' 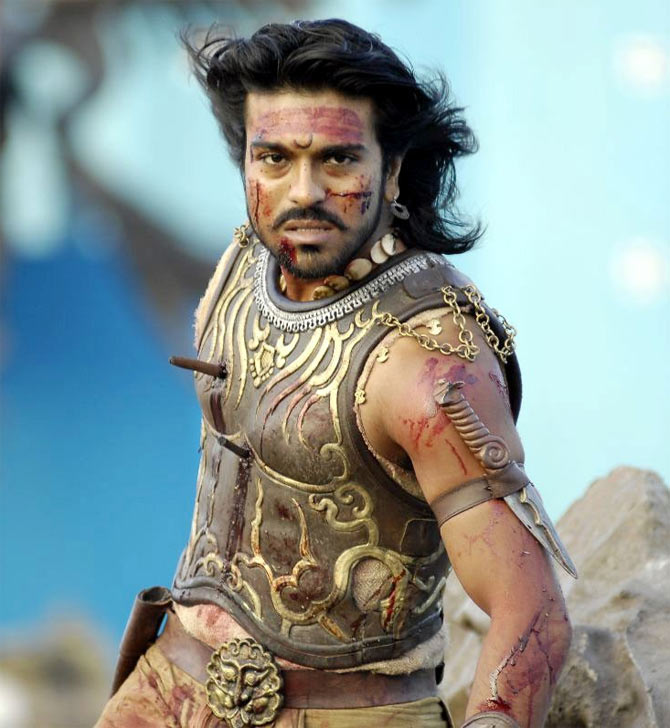 There are plans that your Telugu film Magadheera going to be remade in Hindi?

I don’t think Magadheera should be remade nor do I think it will be remade. It is very difficult to recreate the same magic.

Magadheera was not made by one person; it was the effort of an entire team and unless the same team comes back, I don’t think it will do justice.

3 Idiots was remade in various languages down south but it wasn’t successful anywhere because the magic was created by Aamir Khan and Rajkumar Hirani. Some films shouldn’t be remade.

But you are working in a remake of one of the most iconic films of Indian cinema. A lot of people thought Zanjeer shouldn’t have been remade.

I said some films shouldn’t be remade. Zanjeer is not a difficult film to remake. The original film came out 40 years ago. At that time Amitabh Bachchan was not a known actor. Zanjeer was his first big claim to fame.

Would you like to remake any of your father’s films?

My father had done a film called Gang Leader in Telugu and he remade it in Hindi as Aaj Ka Goondaraj. I would like to work in that film.