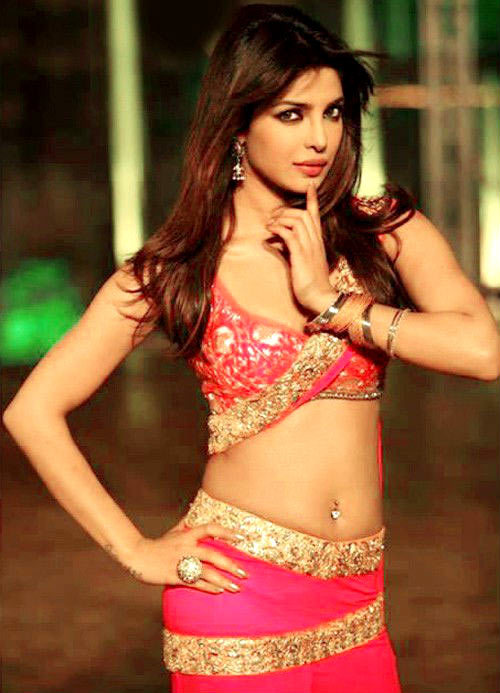 Priyanka Chopra is miffed with the media.

“Aap logon ki news ke hisaab se main sab filmon mein hoti hun aur phir sab mein replace bhi ho jati hun (According to you guys, I’m doing every film there is and being replaced in all of them too),” she complains playfully.

Fresh off an elaborate US tour for Exotic and Planes, Priyanka’s return has sent Zanjeer (a remake of the Hindi original, in Telugu and Hindi) promotions into an overdrive.

She mentions jetlag and constant fatigue before quickly settling in for a barrage of questions.

In the freewheeling conversation that follows, Priyanka Chopra discusses her upcoming films -- Zanjeer, Krrish 3 and the Mary Kom biopic -- her penchant for hero-oriented films, and claims to be Amitabh Bachchan’s remake queen. 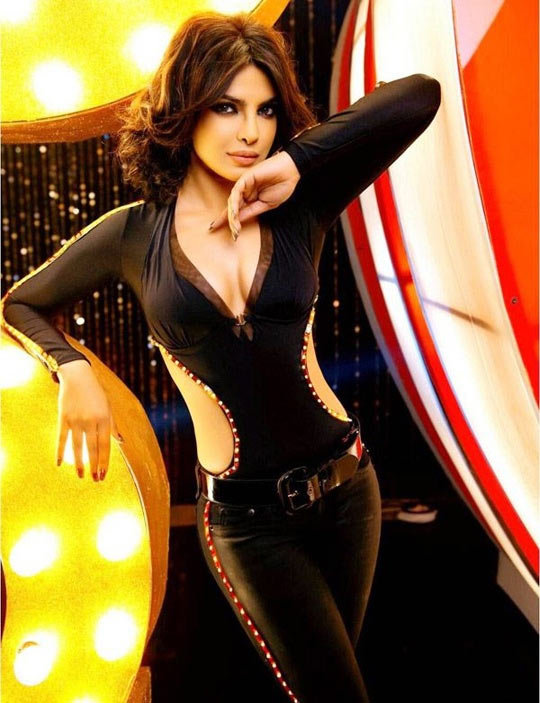 On having worked in three remakes of Amitabh Bachchan’s films -- Don, Agneepath and now Zanjeer.

It’s a big coincidence; I didn’t plan it that way but I feel lucky to have gotten this opportunity since I’m a huge fan of Mr Bachchan.

Now I can’t play his heroine so I’m happy playing the heroine in his film’s remakes.

I won’t do just any remake, though. I have high standards. You can say I’m Mr Bachchan’s official remake queen.

Work has been a really important part of my life. I’m an actress and I’ve been doing this ever since I was 17. I don’t have any other vocational skills.

Sometimes, work serves as a welcome distraction and it works for me in difficult situations.

'It was really difficult to deliver dialogues in Telugu' 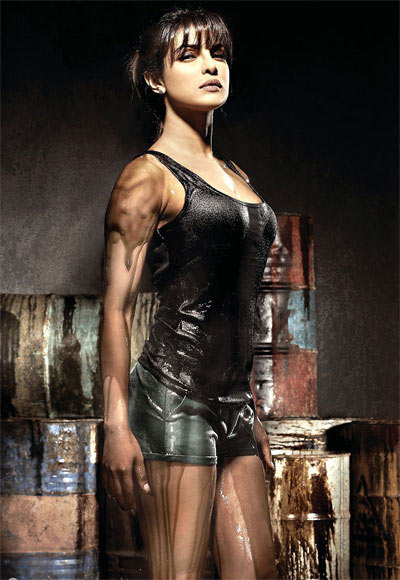 On her character Mala in Zanjeer

The only common link between Jayaji’s (Jaya Bachchan, who played the role in the original) character and my role is the name. Everything else has changed.

I play a modern girl who comes to India from New York to attend a wedding and is a huge Bollywood fan.

She ends up at a murder scene and that’s how she crosses paths with ACP Vijay Khanna (played by Amitabh Bachchan in the original and Ram Charan in the remake).

It was really difficult to deliver dialogues in Telugu because Mala is a very talkative girl and I was given quite long dialogues in the film.

But I managed to mug all the Telugu lines since I was a science student in school and know how to memorise.

Ram was very helpful -- he would point out all my mispronunciations. Doing a film in a language you don’t speak is very difficult.

It was really difficult to shoot with him in Hyderabad. We were always surrounded by massive crowds. Even in Mudh Island (near Mumbai) where we were shooting at night once, around 200 people landed up on the sets out of nowhere to catch a glimpse of Ram.

We had to stop the shoot for a while. He is very talented and I hope that the Hindi film industry and viewers give him a chance here too.

'You can't attempt a remake of films like Zanjeer' 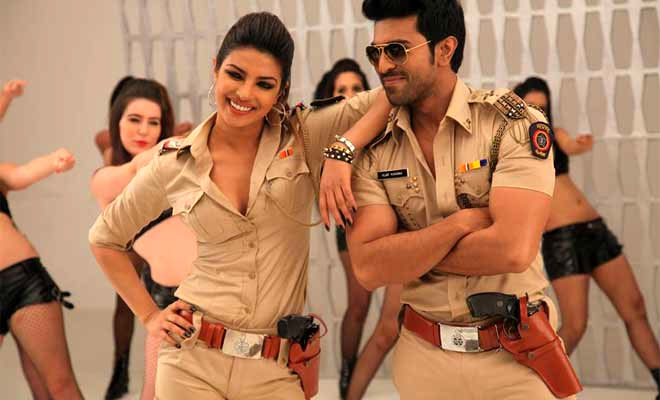 You can’t attempt a remake of films like Zanjeer. Apoorva (Lakhia, the director) has essentially taken a film that he holds in high regard and presented his own version of it.

As for new films benefiting from titles of old classics, I don’t think that works for every film. However, I do believe that Zanjeer will familiarise the new generation with those films.

It has been a difficult journey for Zanjeer but we feel extremely grateful to have Mr Bachchan’s blessings. In fact, when Ram was shooting on the first day, Mr Bachchan -- who was shooting next door -- came over to give his blessings.

On the onslaught of remixes of old songs

I don’t understand why we are so judgemental all the time. Films are for entertainment. Every filmmaker has a different way of approaching the craft, different reasons for making a film.

There have been so many iconic songs from the past that we’ve used in our songs. It’s not because of shortage of creative ideas; we just like those songs so much.

We live in a democracy; everybody has a right to express themselves. At the same time, if you don’t like a song, you are free to say so. Didn’t like a movie? Don’t watch it.

'I had eight scenes in Kaminey, but my work was remembered' 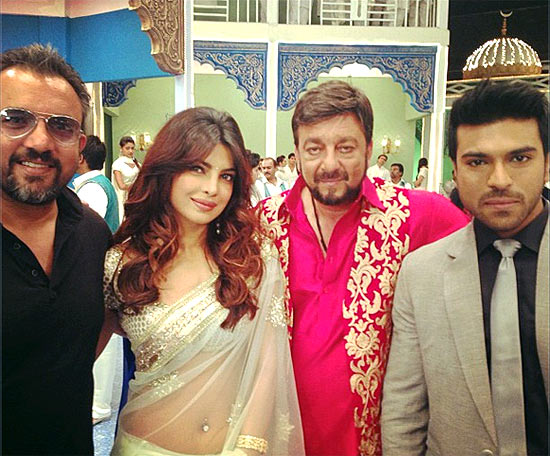 On most of her upcoming projects being hero-oriented films

When I was just starting out as an actress, I read something Mr Bachchan had said in a Filmfare interview that I based my entire career on.

He said that it didn’t matter how long your role is in a film. The impact you make through your performance is the most important.

I had eight scenes in Kaminey -- an out-and-out guys’ film -- but my work was remembered.

The same happened with Roma in Don. On the other hand, I’ve also done films like Barfi!, Fashion, Saat Khoon Maaf.

'Mary Kom is a particularly difficult role to portray' 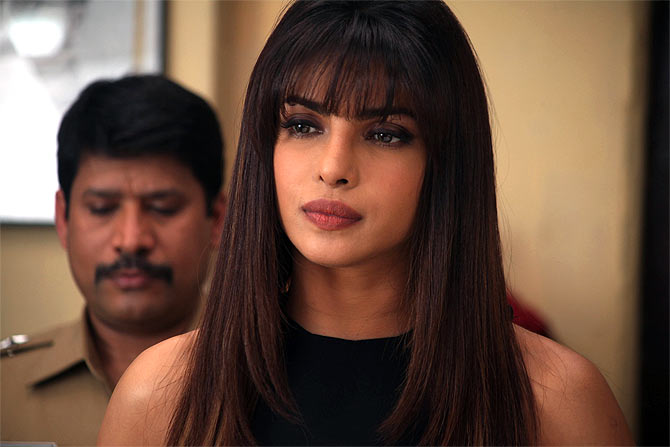 On the challenges of playing boxer Mary Kom in a biopic

Mary Kom is a particularly difficult role to portray because unlike other subjects of past biopics, she’s a contemporary star player. She’s still representing India on the international platform and will do so in future.

To work in this film means learning her sport, which is a gruelling task. Besides that, my body too needs to resemble hers. Also, she’s become a close friend now so I hope I do full justice to the person she is in real life.

'Singing is a passion that was cultivated by my father' 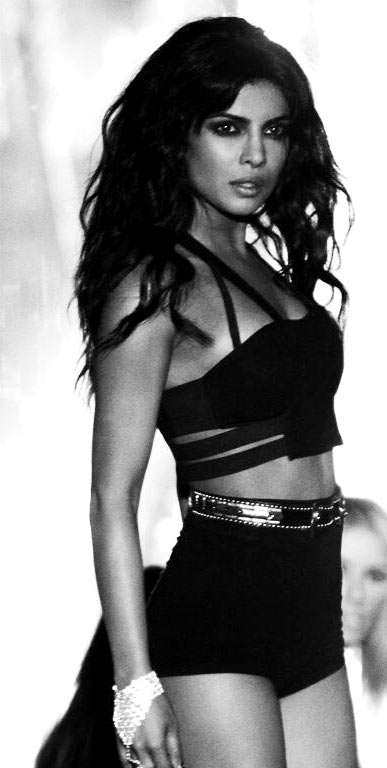 On venturing into music

When I started acting at the age of 17, I didn’t have any formal training and had to learn everything from scratch. My movies served as my acting school.

It took me all that time to learn and gain confidence. Now I want to venture into another creative field. Singing is a passion that was cultivated by my father. He would always push me to sing but I was too shy before.

It’s really gratifying to hear the song play on the radio, in clubs or to catch it on TV while surfing channels.

'Singing is a passion that was cultivated by my father' 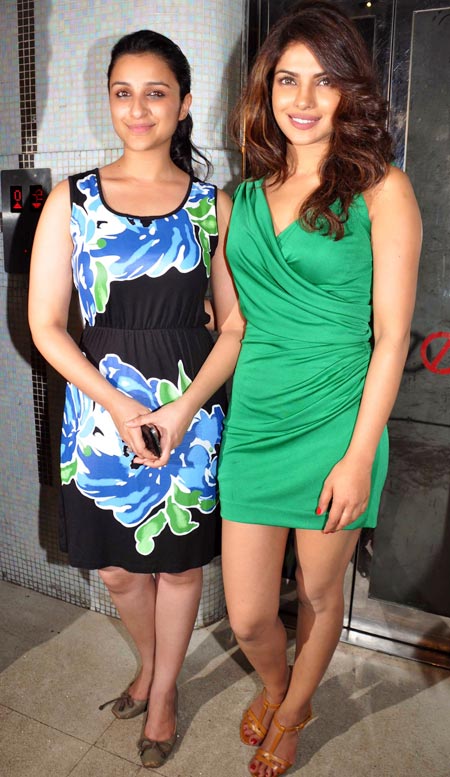 The way I see it, it’s a Chopra weekend and I hope you all enjoy both the movies. Tisha (Parineeti) is a phenomenal actor and it really warms my heart to see my family move up in the industry.

There are other cousins who will join movies, too, soon. It’s great because when I started acting, I didn’t have anyone to watch my back, to support me. I didn’t know anyone in the industry and it would get lonely at times.

That won’t happen with my cousins. Nobody can harm them because I’m here and capable of protecting them. 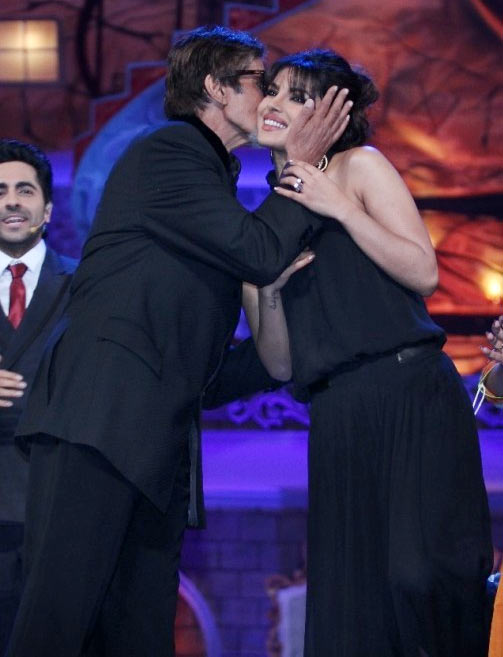 On her favourite Amitabh Bachchan film

It will sound odd but my favourite Mr Bachchan film is Mohabbatein. The film had released around the time I won the Miss India title and I’d gone to see it.

I was struck by his persona and the imposing character he played in that film.

Even in real life, I admire the way he conducts himself and the kind of person he is, it’s amazing. 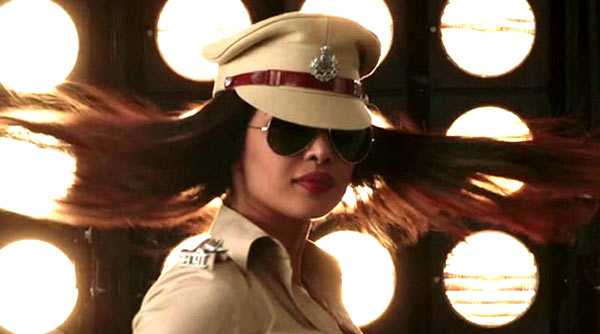 I have just one scene with him in this entire film. It’s sad that I’ve worked with him in so many films and hardly got to share screen space.

I’m a huge fan of his. He’s Bollywood’s quintessential rockstar.

I didn’t get to share screen space with him in Plan, Ra.One and even Agneepath and when I finally did in Zanjeer, I forgot all my lines!

Apoorva had to prompt me on the mike. Ram made fun of me for, like, three days since I never forget dialogues.