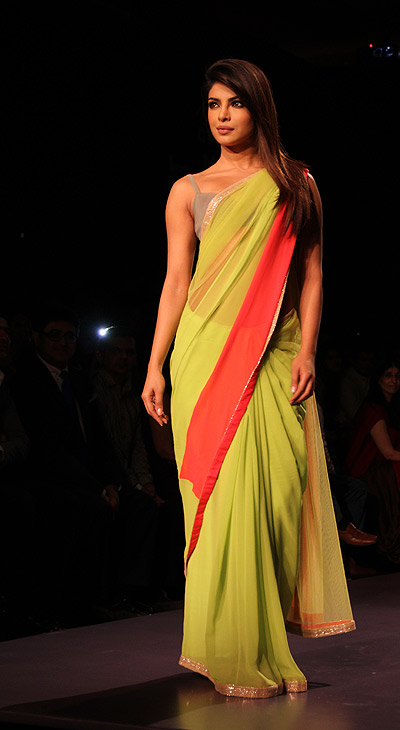 Priyanka Chopra, who made her Hindi film debut with The Hero: Love Story of a Spy in 2003, completed 10 years in the industry on April 11.

Thanking her fans for the wishes, Chopra tweeted: 'Thank u so much for all ur love! Wow! You are my backbone and spine in times of trouble..I am who I am because of u..spread the love..PC.' 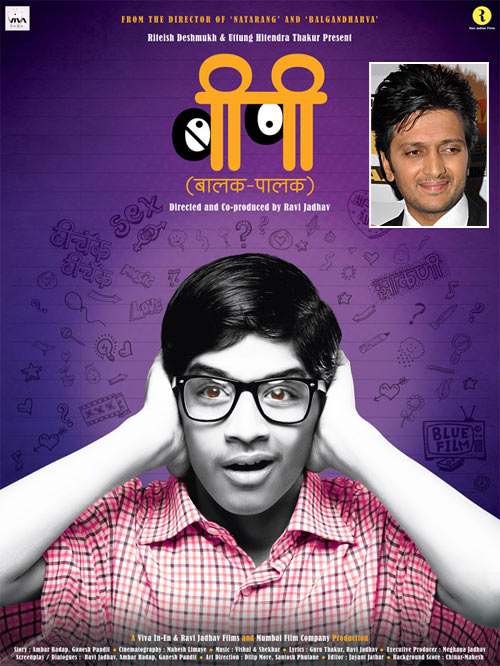 Riteish Deshmukh, too, had reason to celebrate.

The actor, who ventured into movie production with Marathi film Balak Palak, celebrated 100 successful days of the film.

'BP balak-palak celebrates 100 days at the cinemas- thank you for all the love, support and appreciation,' he tweeted with a picture.

Shirish Kunder: 'Congratulations @Riteishd on celebrating 100 days of BP Balak-Palak, specially at a time when 100 crores is more easy than 100 days.' 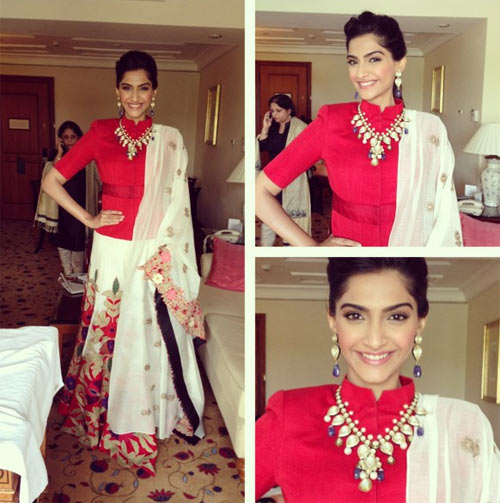 Meanwhile, Lara Dutta Bhupathi is all set to walk the ramp for the first time post pregnancy. 'In Delhi for the IIJW! Back on the ramp after a break!:-)' she updated.

Minissha Lamba parties with the men in blue 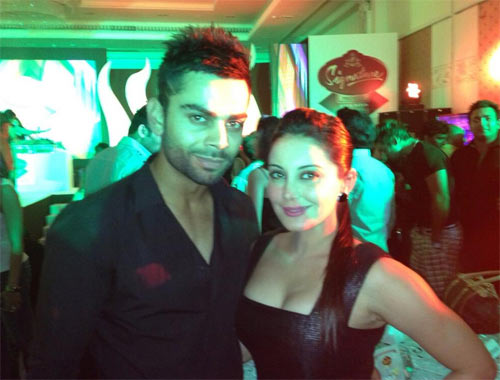 Actress Minissha Lamba, who was spotted at the celebration party of Royal Challengers Bangalore in Bangalore recently, shared a picture (above) of her with cricketer Virat Kohli from the event and tweeted: 'And he sure moves like jagger.'

She shared a picture with Zaheer Khan as well and added: 'The not-so-lil-black dress. With zaheer.'

Meanwhile, Mandira Bedi shared a picture of her and tweeted: 'Morning! One of the greatest Indian Photographers: Rafique Sayed, shot this.. and my current DP.. U like?'