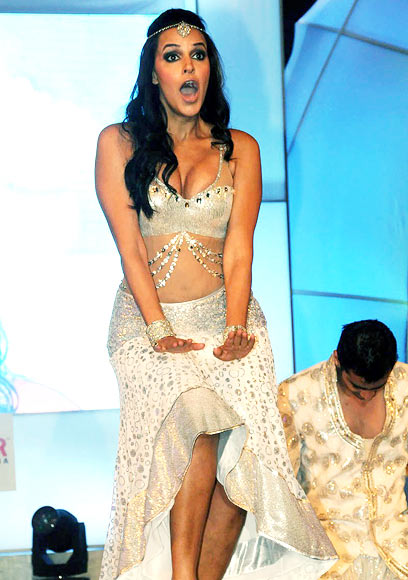 Quite a few movie stars and film personalities descended to Hyderabad's Shilpa Kala Vedika auditorium in Madapur on April 20 to attend the TSR TV9 film awards.

The awards has been named after industrialist-politician T Subbarami Reddy.

Actress Neha Dhupia was one of the performers of the evening.

Click Next to see pictures from the awards show. 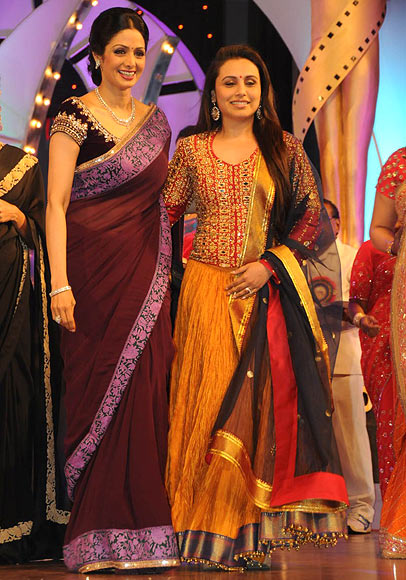 Sridevi and Rani Mukerji caught up at the awards show.

Both women received awards -- Sridevi bagged the Empress of Indian cinema award while Rani got the Ever Shining Star award. 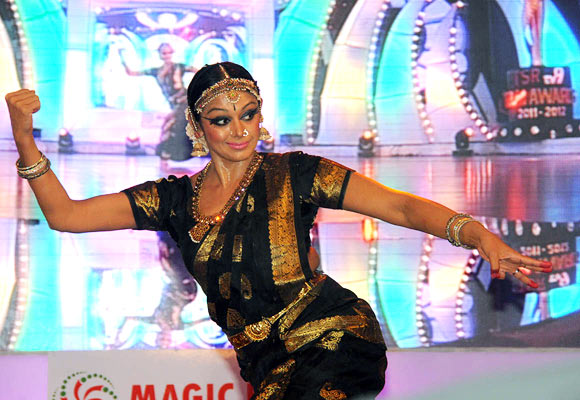 Actress Shobana, who got the Special Jury award, was among the performers for the evening. 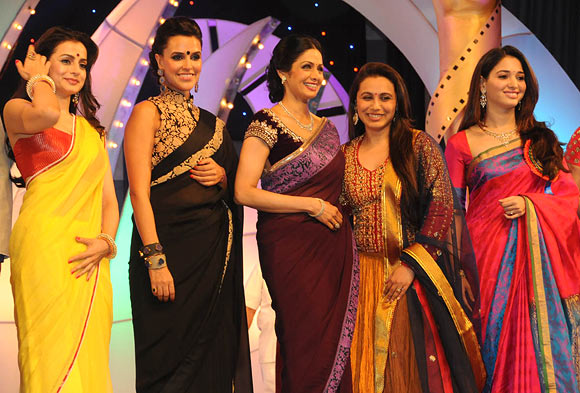 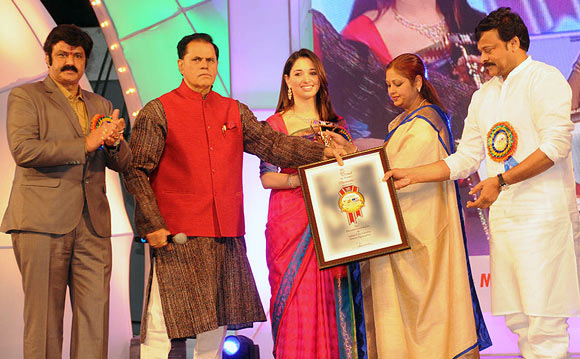 Actress Tamannah, who was recently seen in Himmatwala, receives her Best Actress award for her film 100% Love from Bala Krishna, T Subhrami Reddy, Jayasudha and Chiranjeevi. 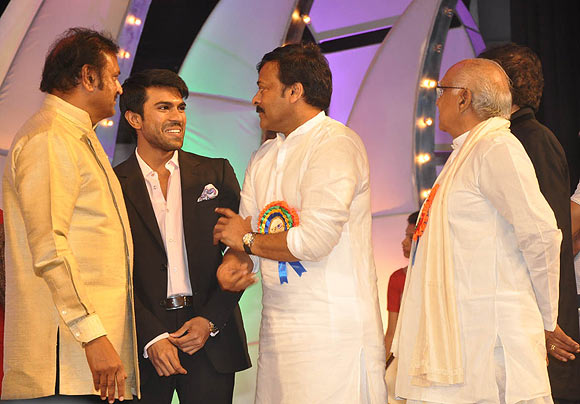 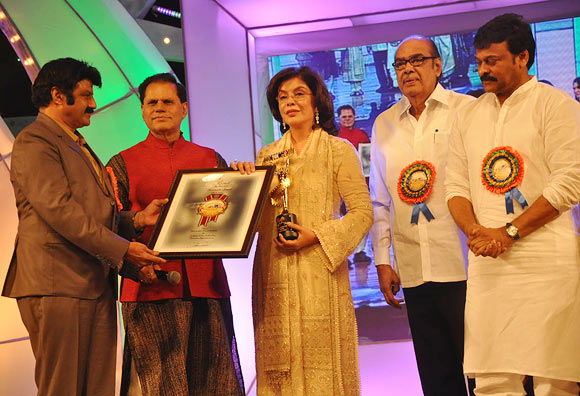 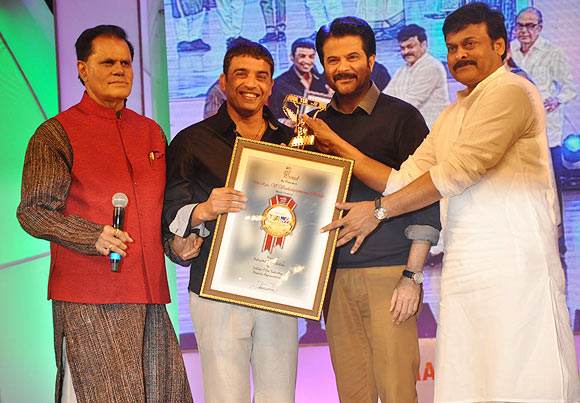 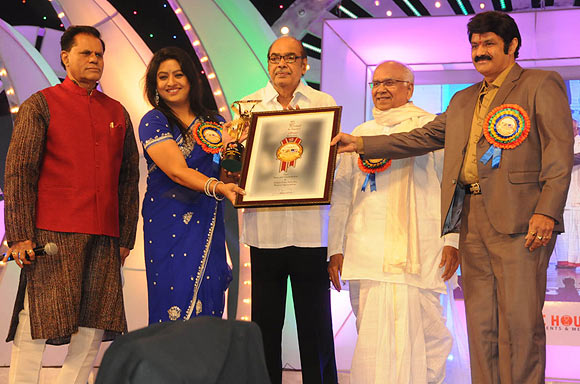 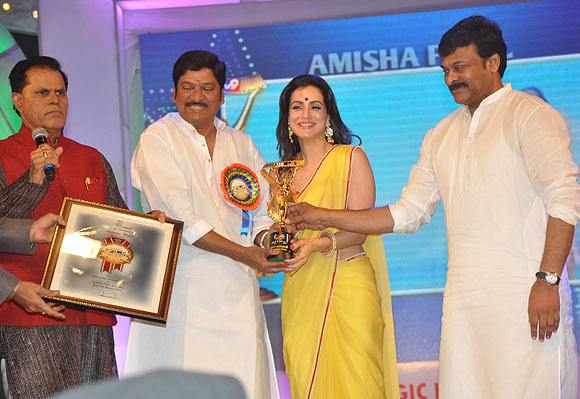 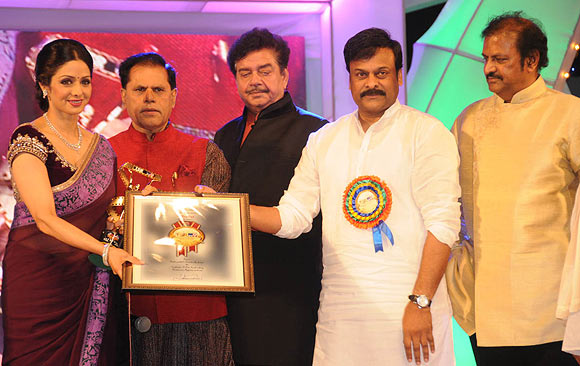 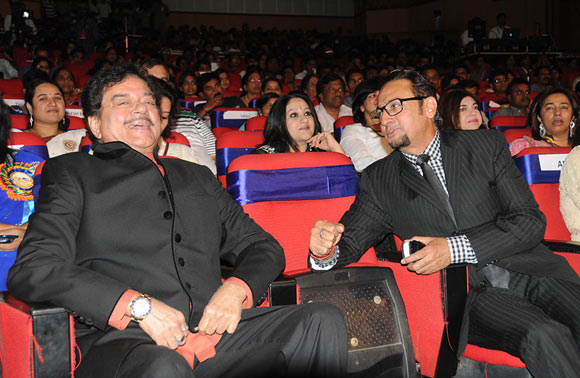 Off stage, Shatrughan Sinha shared a few laughs with Gulshan Grover. The latter received an award for the Best Performance. 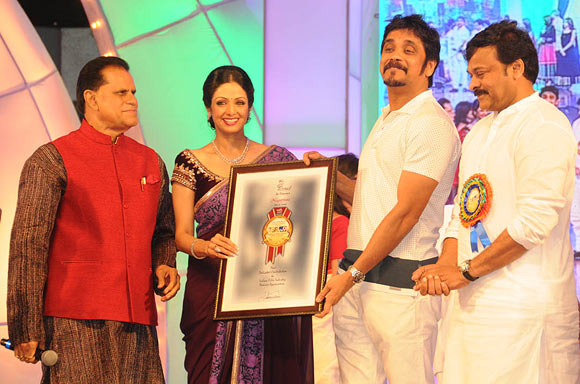 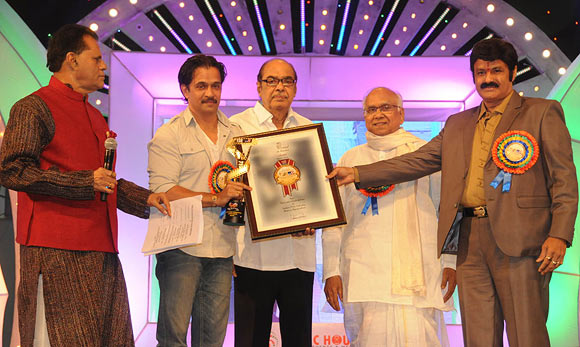 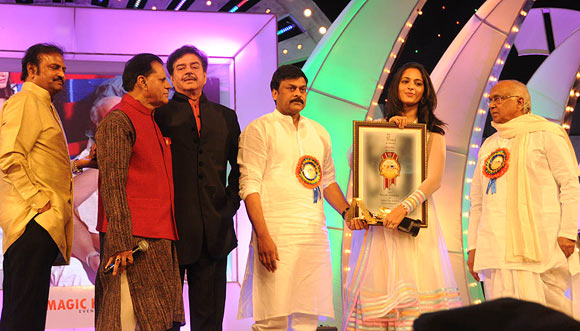 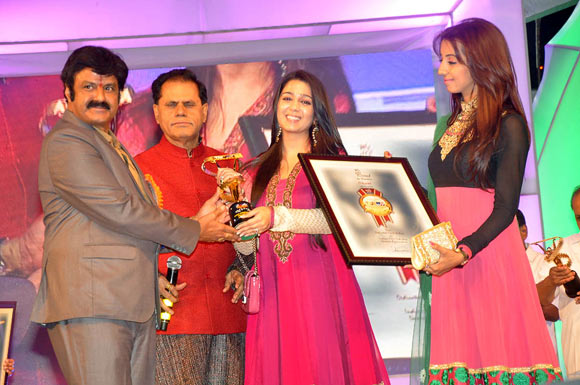 Charmee receives the Special Jury award for her film Mangala. 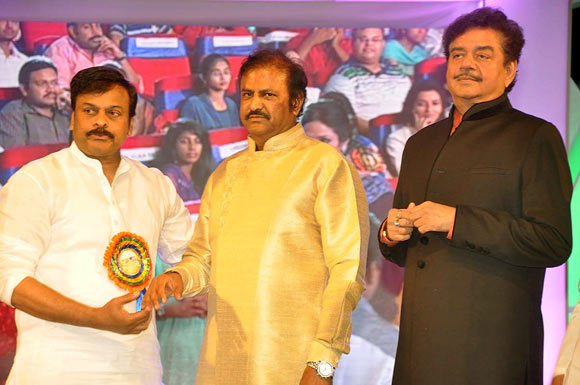 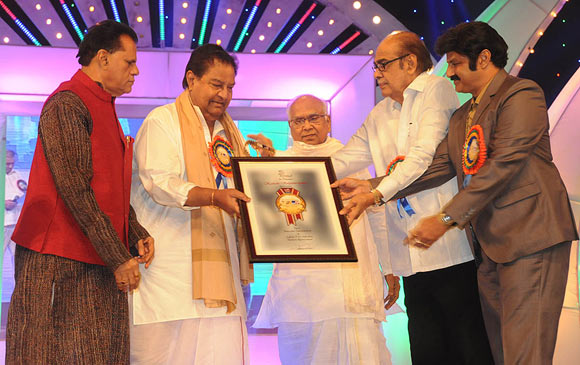 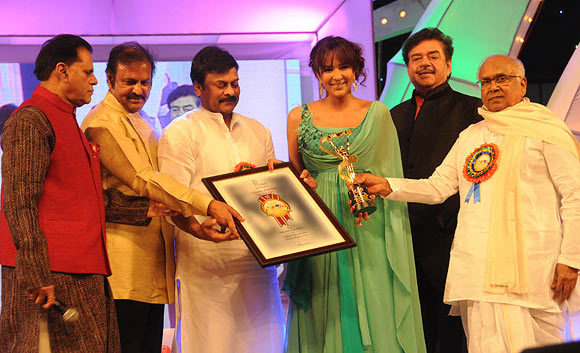 Lakshmi Manchu receives the Best Actress for Negative role for her work in Anaganaga Oka Dheerudu. 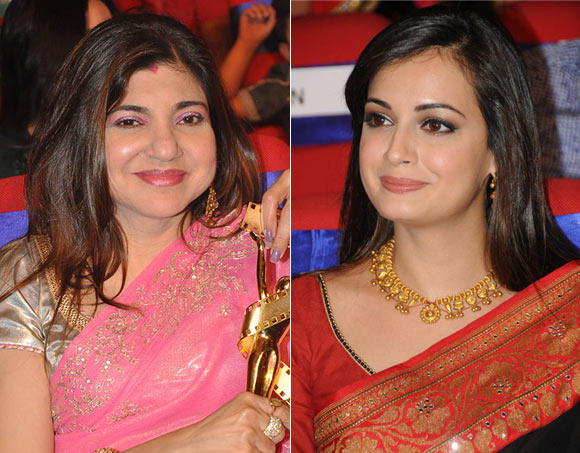