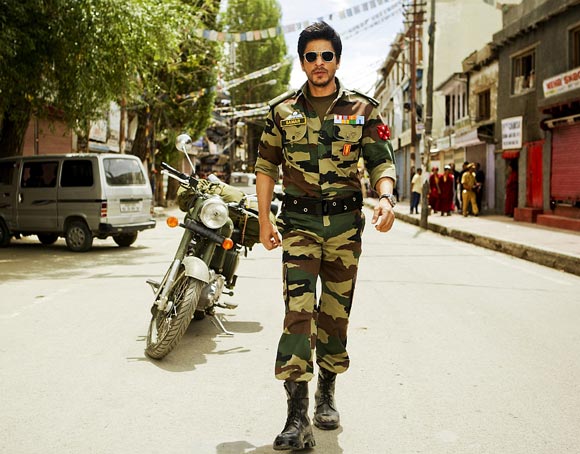 Shah Rukh Khan is back to his favourite profession -- he will play a defence officer in yet another landmark film in his career.

The film also stars Katrina Kaif and Anushka Sharma, and is scheduled for a Diwali release.

Here's a look at other films where SRK plays a defence officer. 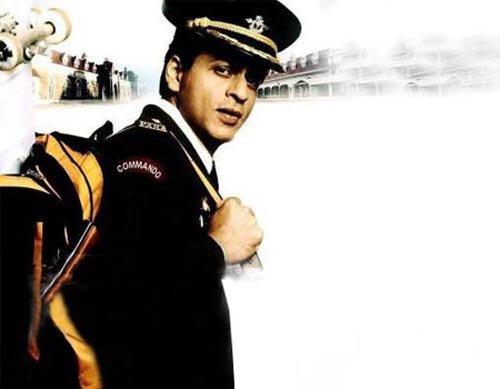 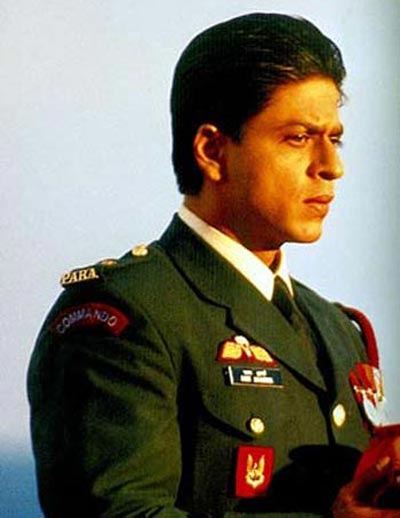 Shah Rukh played Major Ram Prasad Sharma in Main Hoon Na, who is on a special mission to protect the daughter of General Amar Singh Bakshi (Kabir Bedi), who is on a terrorist hit list. In the process, he also searches for his estranged brother. One of Shah Rukh's earliest successes was the television show Fauji, looking at the training of the Indian Army commando regiment.
Shah Rukh played Abhimanyu Rai, the naughtiest among his batchmates. And the rest is history.