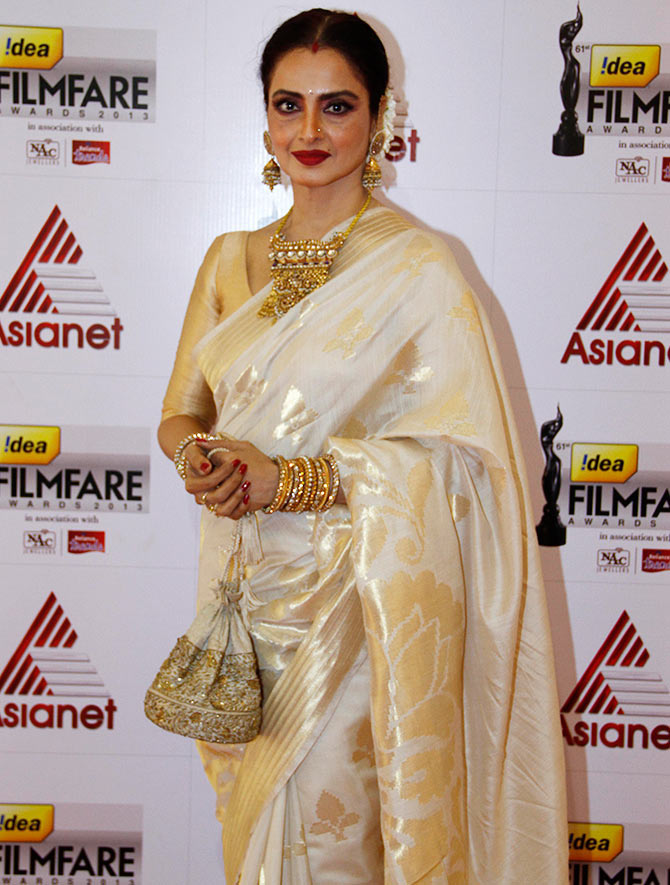 The veteran actress has taken a shine to a particular piece she owns, if we are to go by her many recent social appearances.

But there's one particular multi-strand studded neckpiece and earrings that she has clearly taken a shine to, as we've seen her sporting it on more than one occasions in the recent past.

When Rekha turned up at the 61st South Filmfare awards last weekend, her gold necklace and earrings caught our eye.

Not only are they ornate and very pretty, it has made several social appearances before.

A sight in white 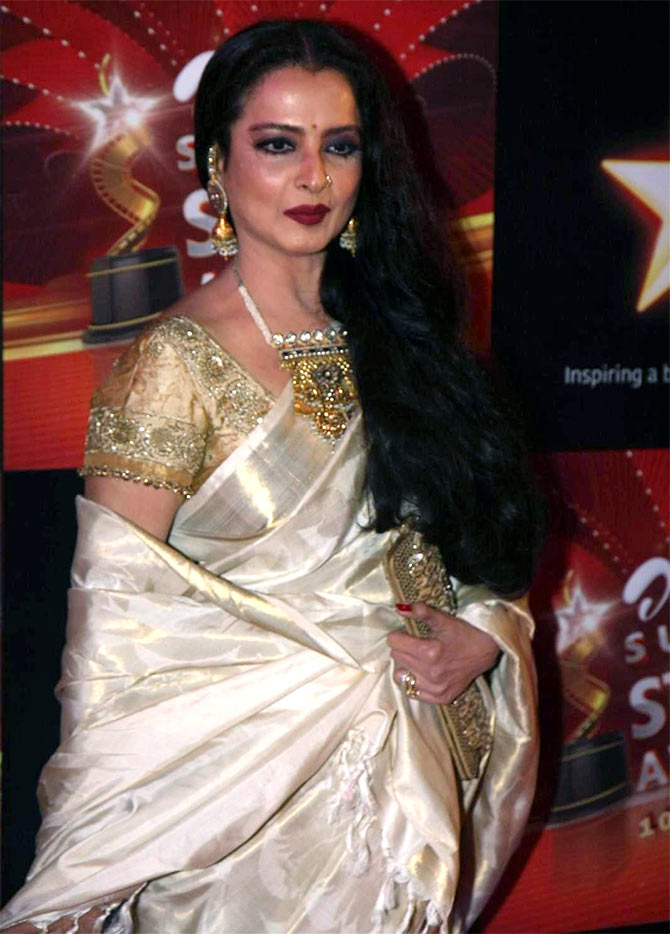 The jewellery had made a previous appearance with a white silk sari and a sparkly blouse at the Airtel Superstar Awards at YRF Studios in Andheri, a western Mumbai suburb, in 2011.

Eye on the gold 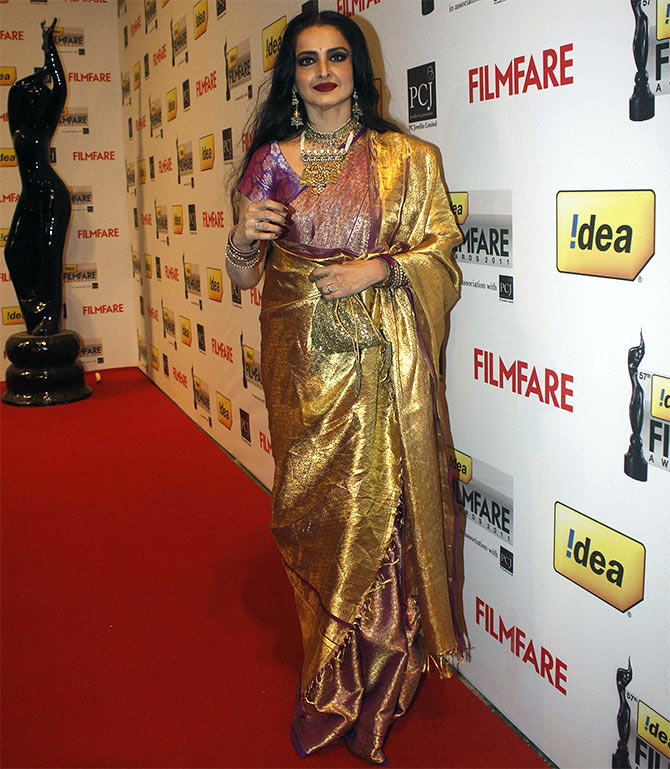 And there they were, gracing the veteran actress's neck and ears, as she arrived for Filmfare awards the same year, in Mumbai. 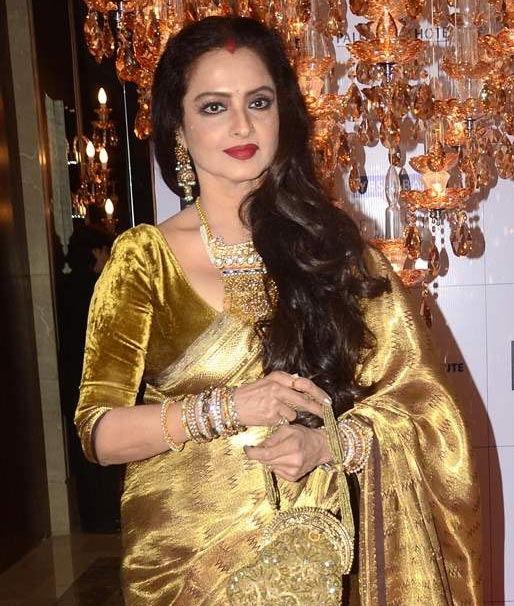 Here it is again, paired with another golden sari and a (slightly cringeworthy) golden velvet blouse. 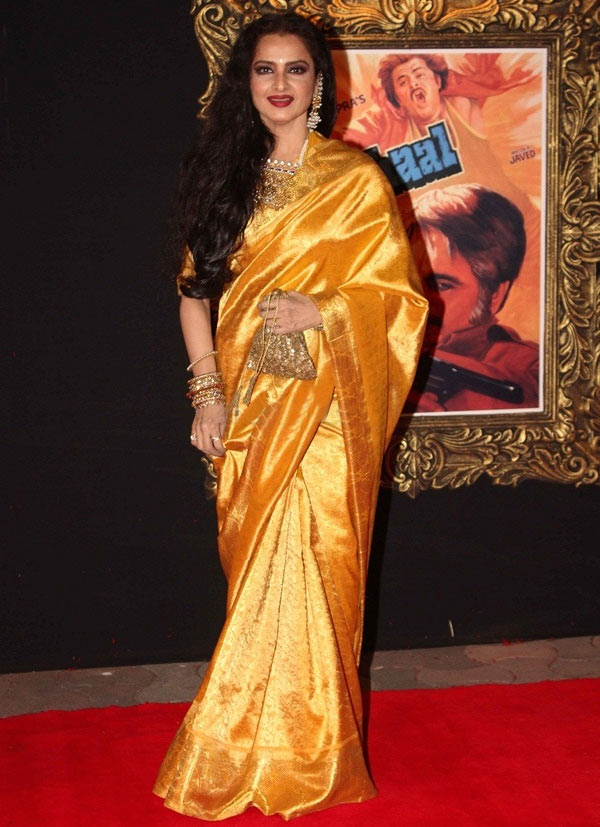 Another time, Rekha took the set out for a spin at the Jab Tak Hai Jaan screening. 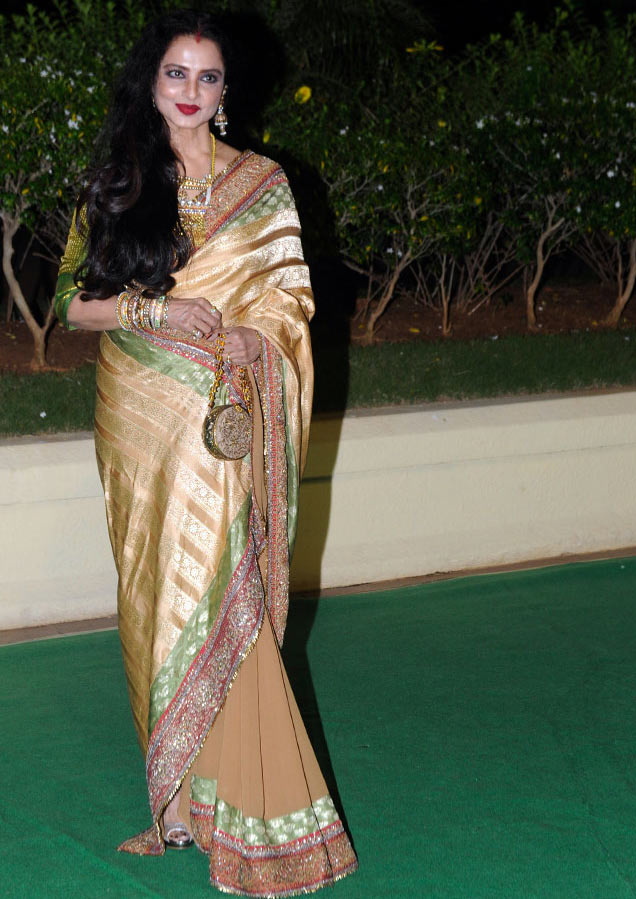