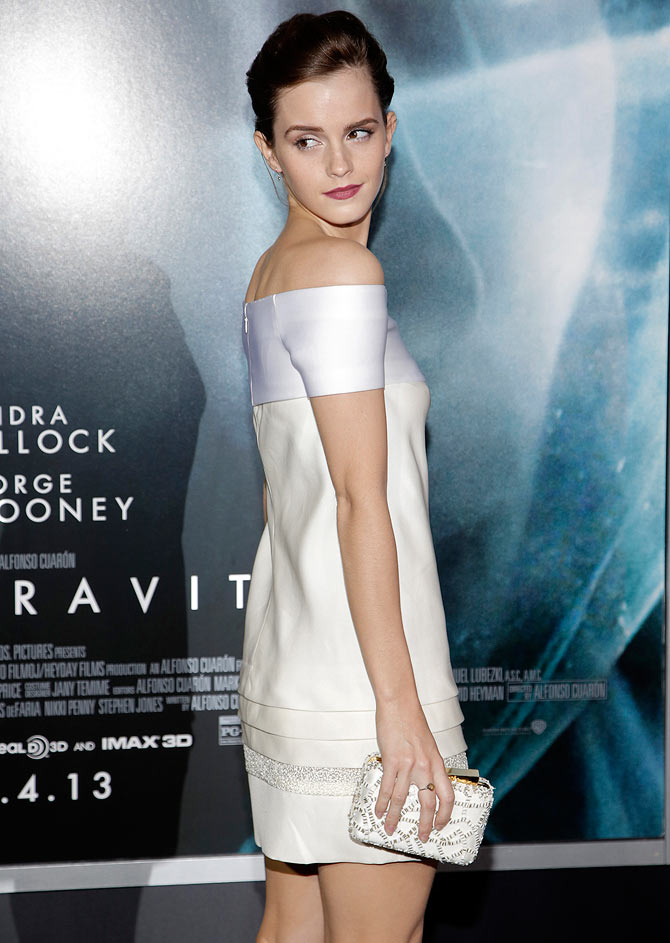 Former Harry Potter star Emma Watson, who arrived at the New York premiere of Alfonso Cuarón's new film Gravity, upstaged almost everybody else at the do with her chic white dress.

The high profile premiere was held at the AMC Lincoln Square Theatre. 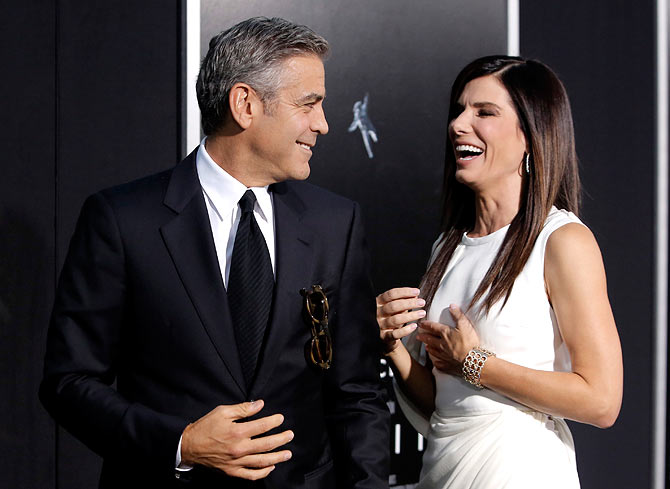 Academy award winners and Gravity cast members George Clooney and Sandra Bullock's bonhomie was quite apparent on the red carpet as they arrived for the premiere.

Bullock recently received the honour of having her hand and foot impressions immortalised at the prestigious Hollywood Walk Of Fame. 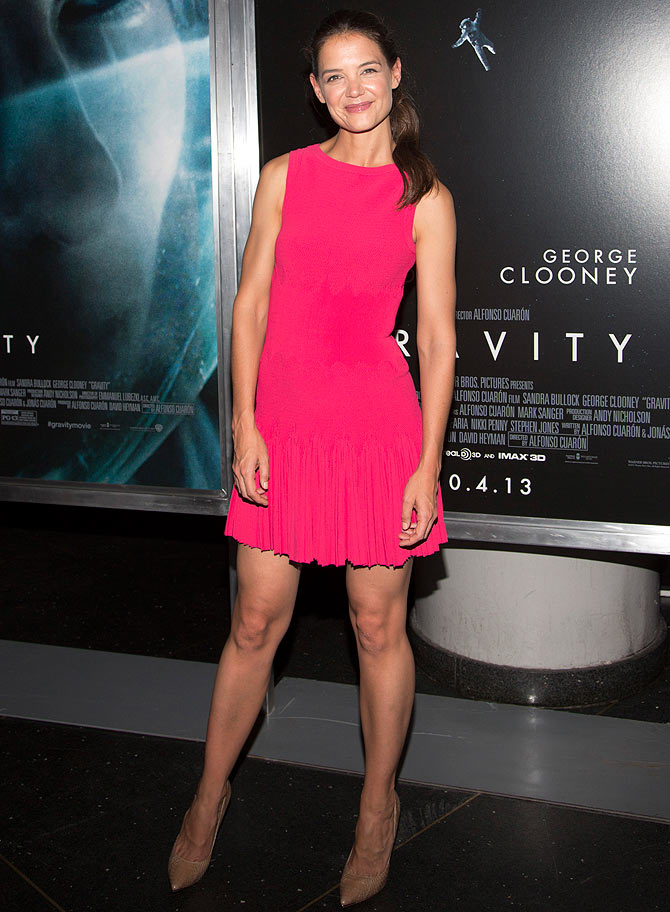 Actress Katie Holmes flaunts her toned pins and perfect complexion in a short hot pink dress at the Gravity premiere.

Gravity is a space drama film with Clooney and Bullock portraying two surviving astronauts in a damaged space shuttle. 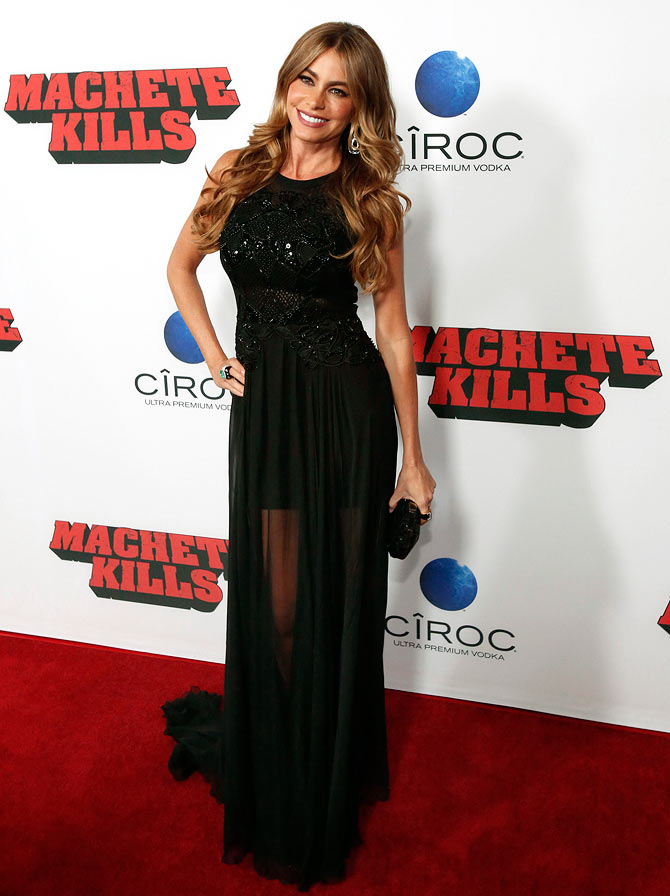 Elsewhere, Modern Family star Sofia Vergara lit up the red carpet at the premiere of her upcoming film Machete Kills in Los Angeles.

The movie opens in the US on October 11. 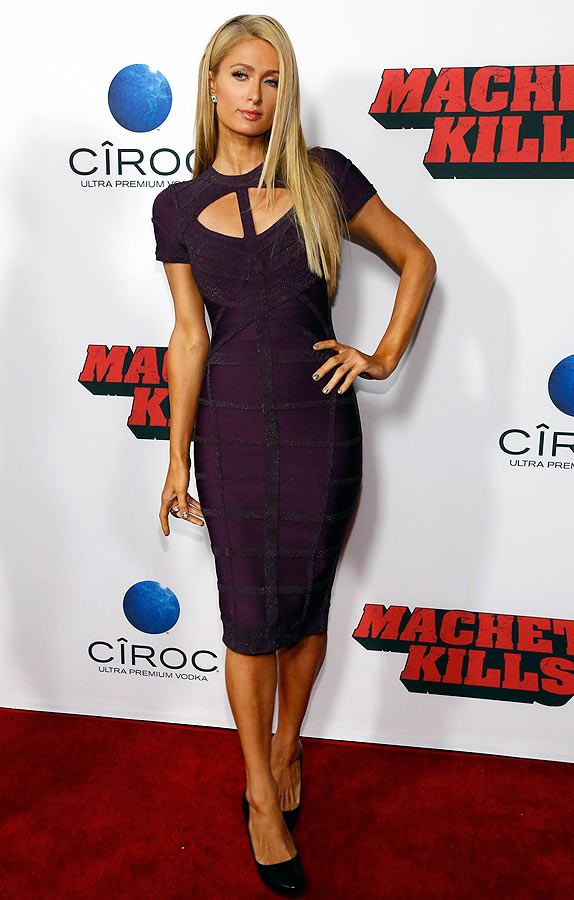 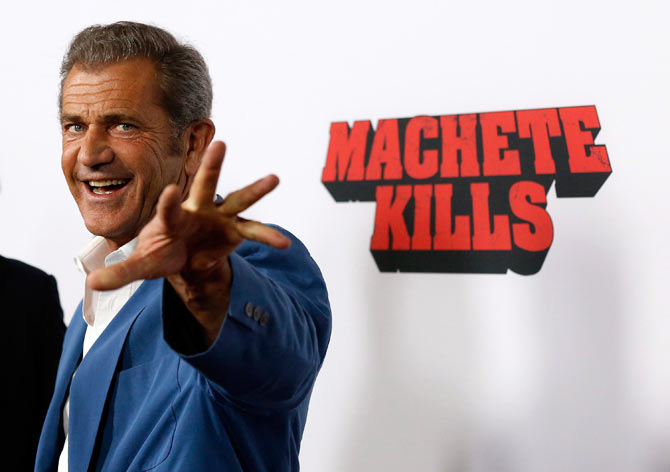 Veteran actor-director Mel Gibson, who also stars in the film, waves at the gathered crowd.