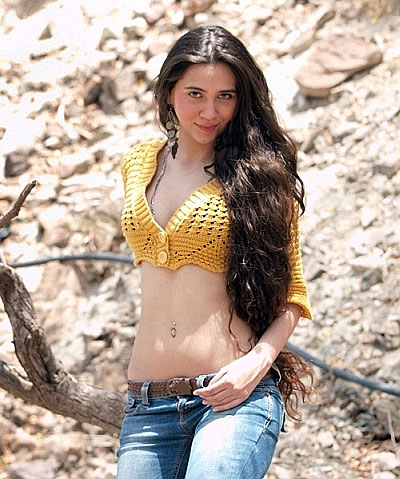 From chiffon clad saris to slinky bikinis, the new Yash Raj heroine likes to keep it bold and beautiful.

In all its subsequent films of the past decade or so, the production house has made a conscious attempt to present its leading ladies in a never-before-seen glamorous avatar.

Whether it's losing oodles of weight or sporting a sculpted body, the YRF hotties are sizzling on the screen with promise. Take a look.

Pakistani actress and singer Salma Agha's London-born daughter, Sasheh is all set to make a splash on big screen under the banner with Aurangzeb, opposite Arjun Kapoor. Already, her sexy appearance in itsy bitsy outfits is getting noticed.

Did you know she's also sung its catchy track, Barbaadiyan? 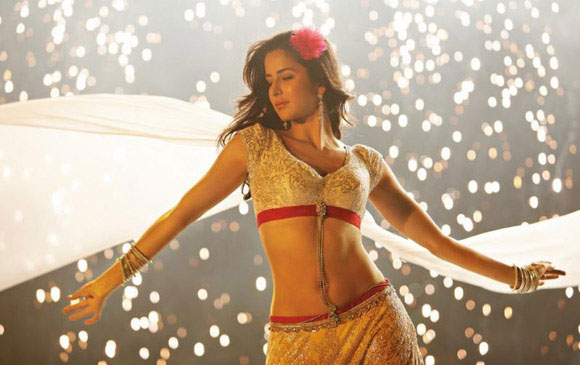 Discarding her demure image for the sake of scorching item songs, Katrina Kaif has turned on the heat in her many saucy avatars for Yash Raj films like New York, Mere Brother Ki Dulhan, Ek Tha Tiger and Jab Tak Hai Jaan. 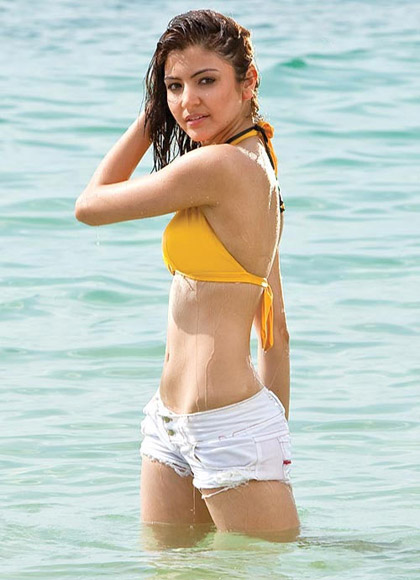 The YRF discovery may have started on a sober salwar kameez note in Rab Ne Bana Di Jodi but ever since she got into Badmaash Company, the super slim star likes to flaunt her flatscreen abs and never-ending stems at every chance. 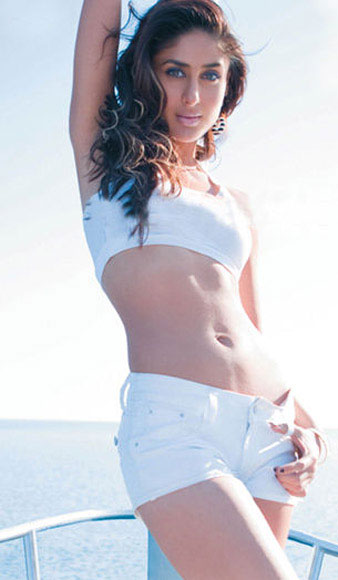 Besides love (Saif Ali Khan), Kareena Kapoor also discovered the most talked-about fad of her career during the making of Tashan -- size zero.

The lady explores every facet of glamour in this kitschy action drama. 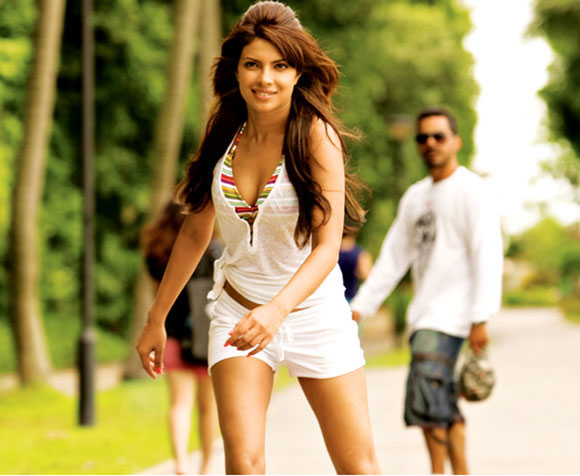 As geeky Uday Chopra's dishy love interest in Pyaar Impossible, Priyanka Chopra works her fabulous curves in a wardrobe that just knows how to. 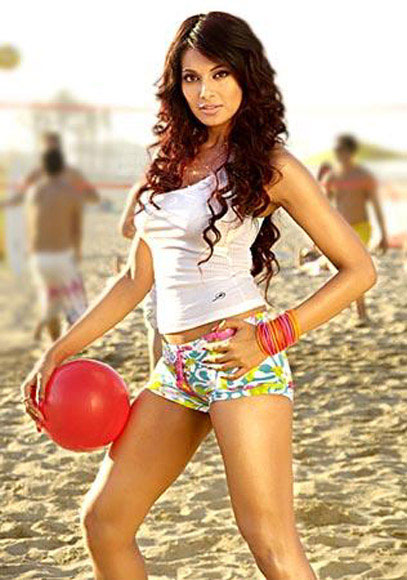 Bollywood's sex symbol for a decade, Bipasha Basu has reinvented her hot appeal for quite a few YRF projects like Dhoom 2 and Bachna Ae Haseeno. And met with a wow-inducing response, every single time. 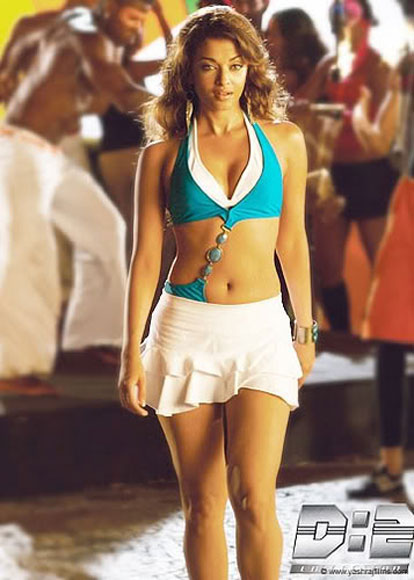 She looks beautiful all the time but Ash has never looked THIS hot.

Her perfectly-toned figure and a no-holds barred seductive attitude in Dhoom 2, not to mention a roaring chemistry with Hrithik Roshan, distracted everyone from its flimsy storyline and boosted box office collections. 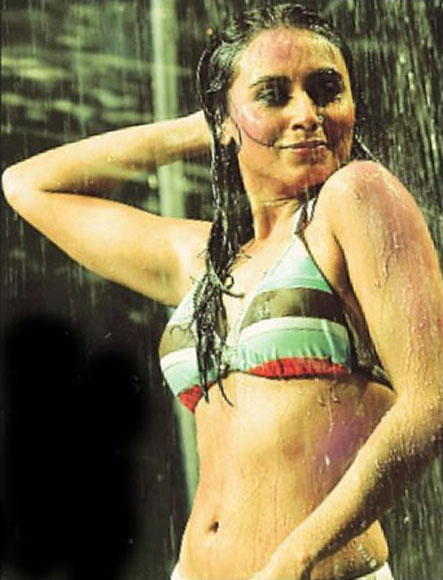 And the pleasantly voluptuous Rani Mukerji too didn't shy from showcasing her trim figure in a deliberately introduced song sequence of Dil Bole Hadippa, where she's a Sardar boy for a major portion. 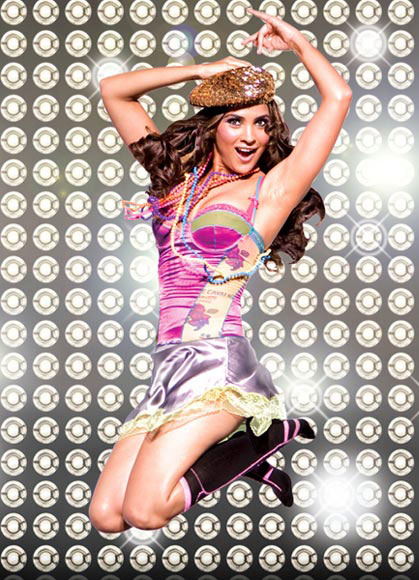 Before playing full-time mommy to her adorable daughter, Saira, the former Miss Universe made many a men turn weak in the knees with her temptress avatar and fake French accent in Jhoom Barabar Jhoom. 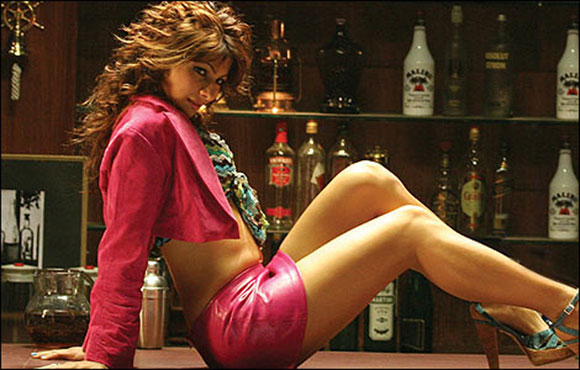 Though it got her nothing but flak, Tanishaa goes all out to display her assets in one of the stupidest rom-coms of all time -- Neal 'N' Nikki.