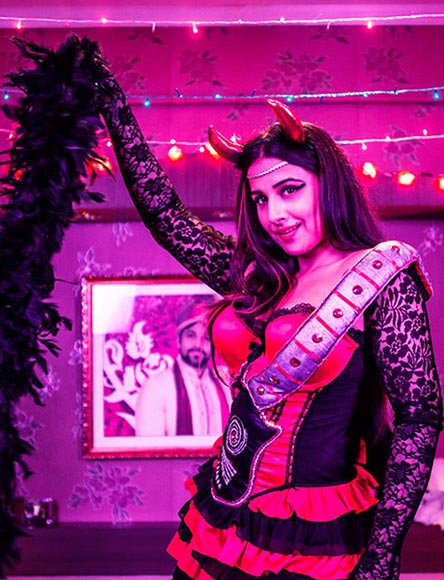 Bollywood is all about playing it to the hilt.

With its larger-than-life icons, grand musicals and far-fetched twists, it caters to flamboyance like no other. And in this amplified view, quirky appears crazy and chatty becomes loud.

Up next, Vidya Balan goes for the unsubtle with her brazen attitude and bizarre wardrobe as a Punjabi housewife named Neetu in Raj Kumar Gupta's edgy comedy, Ghanchakkar co-starring Emraan Hashmi.

She's not alone. Quite a few before her have stepped out of their dreamy, demure comfort zone to go overboard and kooky.

Here's a look then at these zany, over-the-top ladies who are, mind you, exasperating in bearing but blessed with hearts of gold. 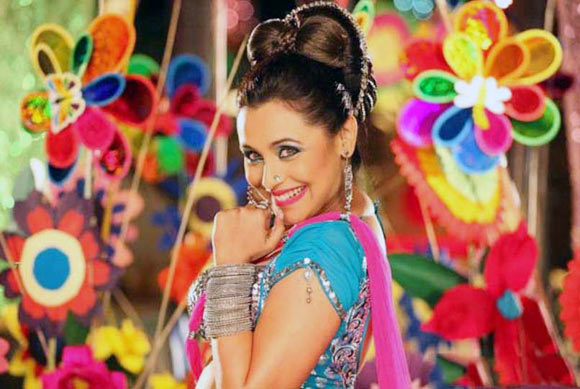 She's played the ebullient types in Bunty Aur Babli and Dil Bole Hadippa but nothing quite compares to the exaggerated tone -- hyper seductive moves, manic cheer she adopts to match the madcap tone of her much berated release, Aiyyaa. 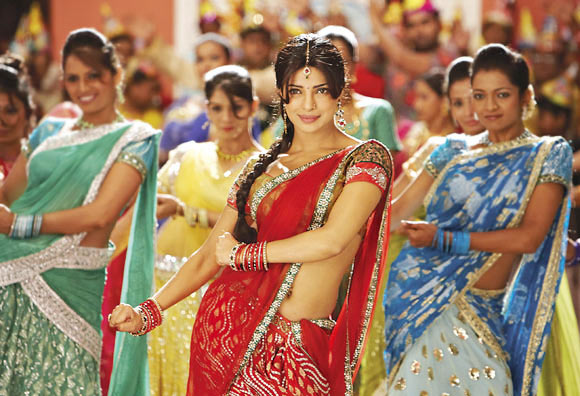 As a beauty parlour-running love interest of Hrithik Roshan, Priyanka Chopra's Kali is quite the drama queen.

No wonder her co-star prefers to maintain a dignified silence all through her relentless screaming, cribbing and giggling. 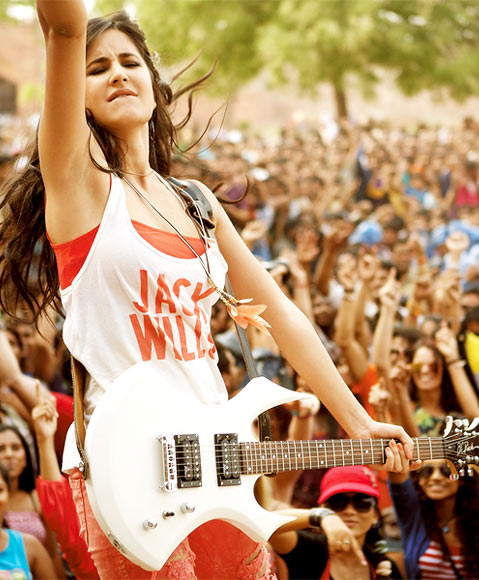 Whether she's drilling prospective suitors over a game of Koffee with Karan, taking on Veeru with her shrill Sooooicide calls or kidnapping Imran Khan in the middle of the night, Mere Brother Ki Dulhan's Katrina is a far cry from her usual coy avatars. 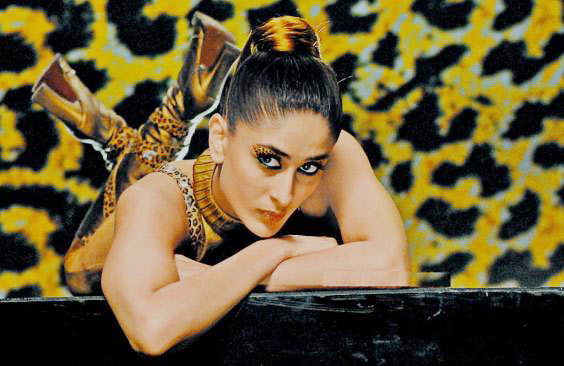 When it comes to boisterous roles, Kareena Kapoor's resume is teeming with the likes of Khushi, Mujhse Dosti Karoge, Main Prem Ki Diwani Hoon and Jab We Met in varying degrees of quality.

And there's her soap-addict housewife in Golmaal Returns that mocks on this farcical imagery to evoke laughs. 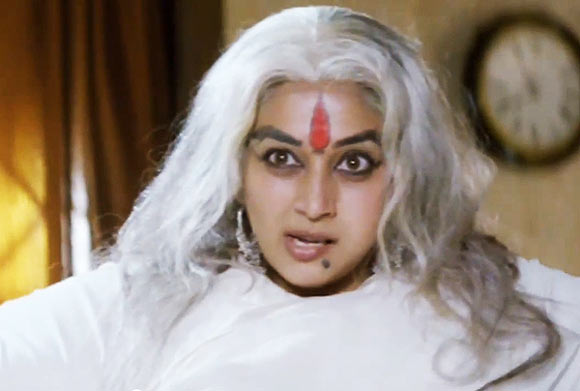 There's no room for restraint in Indra Kumar's Raja and Madhuri Dixit plays along even if it means going completely batty and slipping into creepy get-ups such as this. 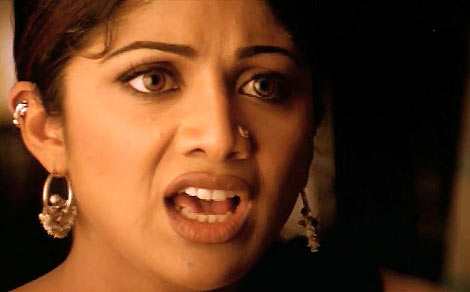 Her wide grin and penchant for hard make-up doesn't help either.

In this Anil Kapoor comedy, she plays a typical (by Bollywood definition) Punjabi girl -- noisy and nerve-wreckingly annoying. 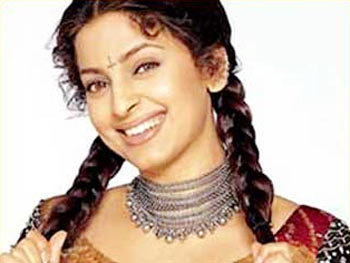 'Hello Hi chodiye, Jai Mata Di boliye,' coos an extra chirpy Juhi Chawla as the chatty Haryanvi lass in One Two Ka Four, quite easily the only other memorable aspect of the drama besides A R Rahman's soundtrack. 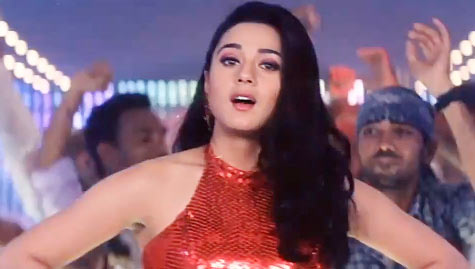 Her gaudy costumes and tacky makeup work hard to make it all look convincing. 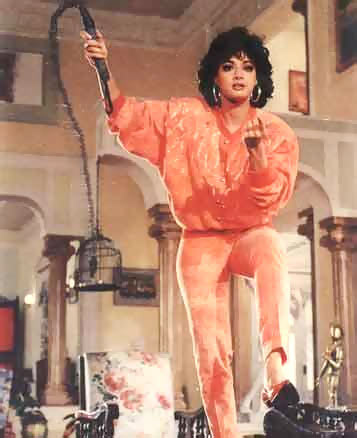 In this tale of twins, Sridevi One stutters in fear while Sridevi Two takes down the baddies and gets up close with the good ones in a zany avatar that is unabashedly loony, whimsical and filmi, so very filmi. 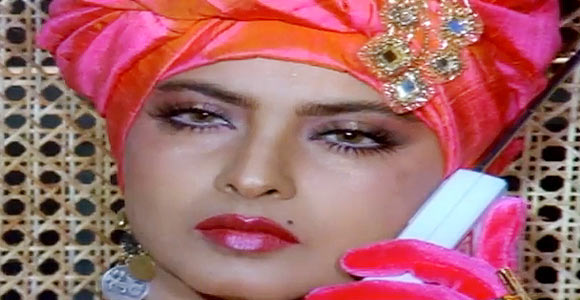 Brace yourself for the mother of all hamfests where Rekha in a never-before-seen avatar in and as Madame X dresses bizarre, talks bizarre and celebrates bizarre.

It's not loud, it's cacophonous. 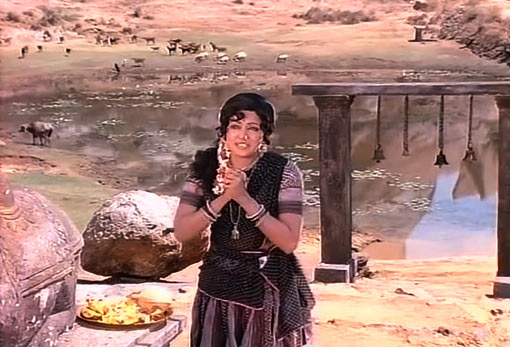 Following her delightful idiosyncrasies in Seeta Aur Geeta, Ramesh Sippy found his ultimate chatterbox Basanti in Hema Malini, a role the Yunki actress essayed to perfection with her breathless banter.

Cute was never THIS clamorous.