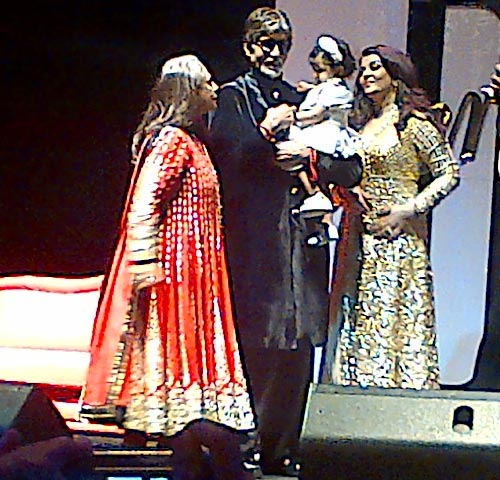 Aaradhya looked cute in a white frock, with a matching headband and shoes.

Grandpa Amitabh looked proud, as he carried the baby, flanked by wife Jaya and daughter-in-law Aishwarya. 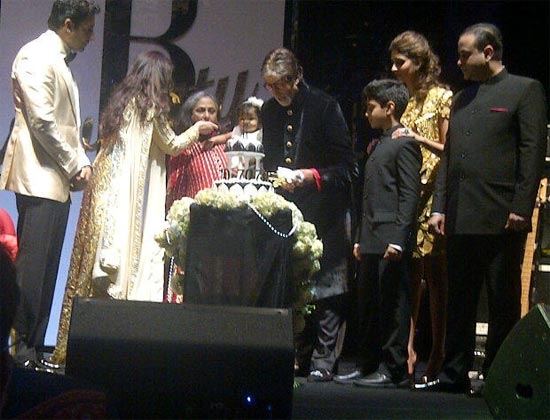 The Bachchans have been fiercely protective about Aaradhya since she was born last November, and did not allow her to be photographed.

But they seemed quite comfortable showing her off at Amitabh's big birthday bash.

The entire Bachchan family was on stage when Amitabh cut his birthday cake.