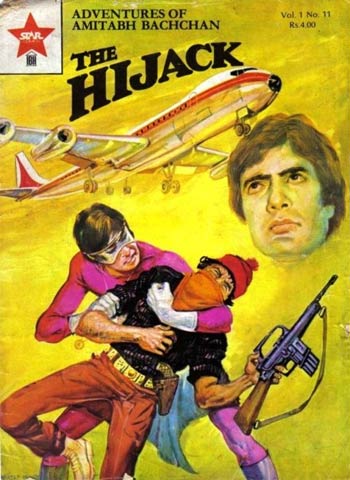 Amitabh Bachchan has had such a huge fan following that he even had a comic book to his credit, where the superstar doubled up as a superhero.

Created by former editor of Movie Mag Pammi Bakshi, the comic books were printed for two years in the 1980s. The series were designed by art director Pratap Mullick with Gulzar pitching in as the script consultant.

As Amitabh completes 40 years in the film industry on November 7, Pammi Bakshi tells us how Supremo comics happened.

Amitabh Bachchan was a huge name in the 1980s. He had changed the economy of the film industry by giving hit after hit.

One day, I saw some children playing in my building. They wanted to be superheroes -- some wanted to be Superman and some Batman. But when Amitabh's name was dropped, all of them started fighting as every child wanted to be Amitabh Bachchan.

I was very stunned, as until then I had thought Amitabh was a rage among elders and college-going kids. Here, I saw that he had a huge effect on school kids too.

'Amitabh did not want his character to look like a caricature' So I realised we needed something for children, and I thought of a comic book. I met Amitabh about this and he was okay with the idea. His only clause was that his character should not look like a caricature. There was no talk about remuneration.

Gulzar was a close friend of mine. He was writing a book for his daughter Meghna at the time. I told him about the comic book idea and he came on board as a consultant.

I was working with Movie Mag, a sister concern of India Book House (Supremo's publishing house). So it was easier for me to work things out.

'Since Coolie had just released, we used the falcon' 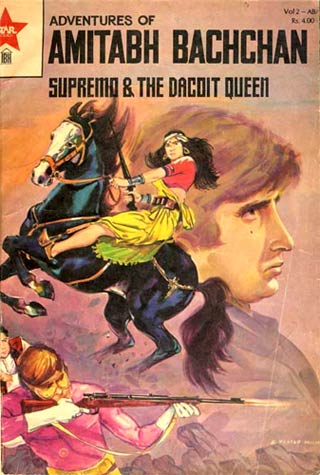 The most difficult part was to get an artist, who would make these comic characters. I approached Pratap Mullick. He was an illustrator, who has worked on comics like Amar Chitra Katha. This was the most difficult part as Pratap was not interested in doing anything filmi. I had to really coax him until he agreed. Pratap had not seen any Amitabh movies; he was far removed from films. So we made him watch some movies.

He made about eight to 10 looks, and we took them to Amitabh. He approved one of them.

The comic had two boys as his sidekicks, Vijay and Anthony -- the names of Amitabh's screen characters. Since Coolie had just released, we used the falcon and called it Shaheen.

How Supremo got its name 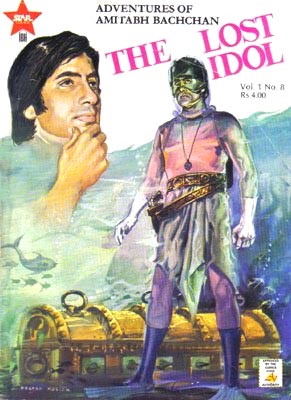 Actress Sudha Chopra (Sparsh, Dostana, Kalaa Patthar) would write the stories or we would get freelancers to write them -- there wasn't one fixed story writer. We would also take stories sent by readers.

There's an interesting story of how we named the comic Supremo. Amitabh was shooting for Pukar in Goa, along with Randhir Kapoor. When Amitabh would come on the sets, the whole of Goa would come to standstill. So everytime Amitabh would arrive, Randhir would say Supremo has arrived.

I liked the name and decided to call Amitabh's comic character Supremo. Amitabh was okay with it.

'Once the comic took off, Amitabh never interfered' We showed the first few editions to Amitabh for his okay. After that, we would send him the script as a formality because once the comic took off, Amitabh never interfered. He was always accommodating. He asked us to send the comics to hospitals, welfare organisations and orphanages.

The comics stopped after two years, as I got married and went abroad. After I went, there was no one to look after it and the initiative died down.