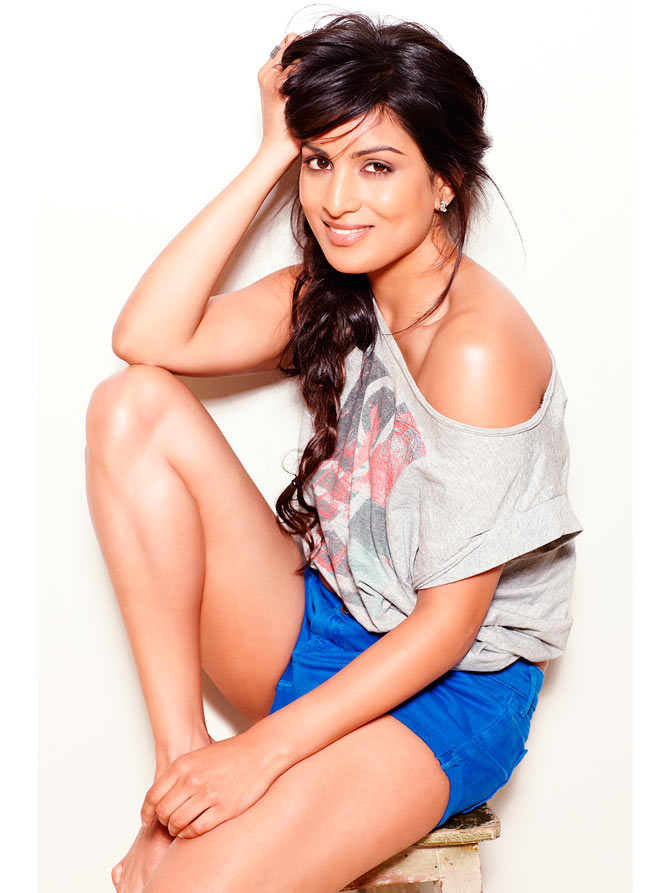 "I'm very kicked about being this Aussie who's playing a desi girl!" Pallavi Sharda exclaims excitedly.

Pallavi, who was born in Perth, Australia, and brought up in Melbourne, is seen in this week's big release, Besharam, opposite rising star Ranbir Kapoor.

She has a lot more to be kicked about.

Yash Chopra's Chandni is one of Pallavi's all-time favourite movies, and one of the earliest Hindi films she has seen.

"I never anticipated that I'd work with Rishi Kapoor someday," Pallavi gushes. "Working with Rishi and Neetu, you get to learn so much. The way they angle their face or modulate their voice... I was really lucky I had three Kapoors to learn from!"

Lamhe is her other favourite movie.

Sridevi and Madhuri Dixit are Pallavi's favourite actresses, but it's Ranbir who has her attention.

"Ranbir," she says, "is very charming, and amazingly dedicated. There was never a time when he wasn't thinking about his character or asking Abhinav (Kashyap, the director) questions."

"He's such a big superstar. But the film, for him, was always bigger," she says.

'Dancing in the khet was a piece of cake' 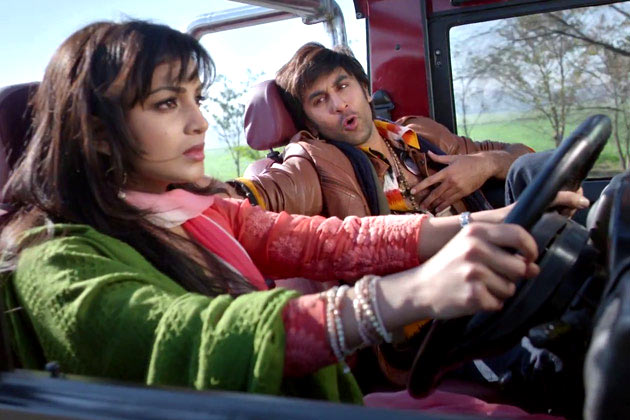 Pallavi was selected for Besharam after many auditions. What the thrilled Aussie did not realise was that the filmmaking process could be really tough!

"The heat in Chandigarh, where we were shooting the song Dil Ka Jo Haal Hai, made the shoot really tough. Temperatures would touch 40 degrees. Ranbir and I had to drive in a jeep in this sweltering heat!"

"There was no shade at all where we could take a break between shots. Ranbir and I would take the thermocol sheets (used by the film's light crew) and use it to hide from the sun. This song took us really long to complete."

"After that bit, dancing in the khet (field) was a piece of cake!" Pallavi laughs. 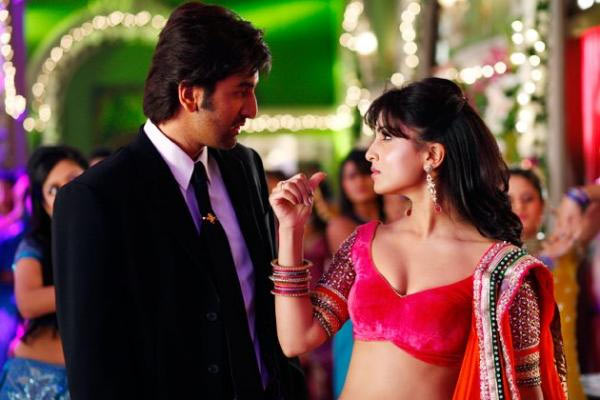 "Movies aren't just dancing, like my mother thought. It's tough!" she says.

"One song could require 1,000 people on the sets. These guys go on and on until the work gets done," she says.

Pallavi recalls she was very nervous on the first day of the shoot.

"We were shooting the song Love Ki Ghanti. I was lucky that I just had to keep shouting at Ranbir. It was easier to channel my nerves. If it was a soft scene, I would have been shaky. Luckily, Ranbir doesn't let you feel nervous when you shoot with him."

Pallavi is now busy building on her dreams.

"I was two when I first decided to be an actress," she says. "I was very young when I started watching Hindi films, but I was hooked."

'I loved dancing because it connected me to Bollywood' 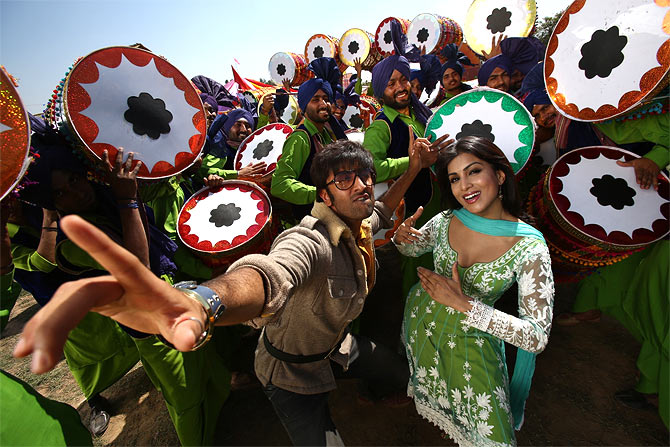 "When I came to India for the first time -- I was five years old -- people would ask what I wanted to be, and I would say I wanted to become an actress," Pallavi remembers.

"I wanted my children (Pallavi and her elder brother, Ankur) to learn Hindi," says Hema. "So we made a rule that we would all speak Hindi after we returned home. If the first sentence was not Hindi, we would say, 'Uske number kat gaye' (Points were cut)."

"My son wasn't bothered too much about the number katna, but Pallavi took it on herself to do well."

Besides, Pallavi's paternal grandmother was a professor of Hindi and they would converse in Hindi over the phone.

"I loved dancing because it connected me to Bollywood," Pallavi says.

She begged her parents to take her to Bharata Natyam classes when she was barely three years old.

"She's a very determined child," Hema says. "Since I am North Indian, I didn't appreciate Bharata Natyam much. But Pallavi insisted. She was so young, she didn't know her left foot from her right. She would ask me to mark one colour on each foot, and she learnt this way."

'I felt a complete misfit in law school' 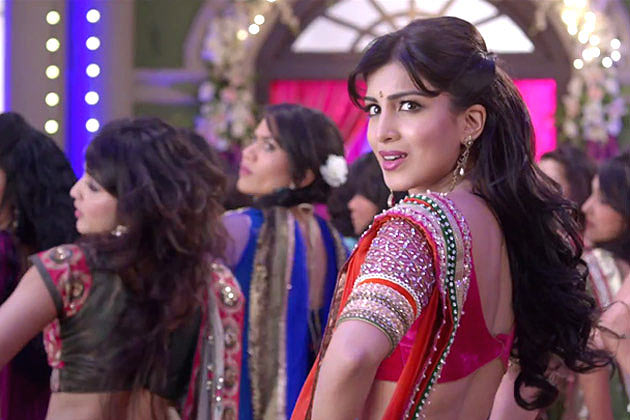 Pallavi had her arangetram (a Bharata Natyam dancer's debut stage performance) when she was 17.

"I was known as Pallu the dancer! I had to dance at all the community functions," Pallavi laughs.

Since her parents were academically-inclined -- her father Nalin Sharda has a PhD as does her mother -- Pallavi couldn't ignore her education and got a law degree.

"Law school is a very intense place. When I watch (the television show) Suits, I feel my friends must have become like that," Pallavi says.

"I felt a complete misfit. Everyone in law school would be talking about the law firm they would join and I'd have nothing to contribute. The whole time I'd be thinking I was going to India to become an actress. But I couldn't say it aloud because they'd think I was crazy," she smiles.

After she earned her degree, Pallavi packed her bags and came to India in 2009.

"She would say 'I'm getting out of this place'" "I told my parents I was going to do a masters at JNU. If I'd told them my real reason, it would've scared them."

"I walked into the campus to pay the fees, paid it, and never went back again!" she laughs.

Pallavi got work in ads right away.

"My parents were worried for me. They thought I was very talented and were wondering why I didn't get picked up right away. I guess they were getting frustrated. But it's more like who you know (in the film industry) rather than who you are. I had to persevere."

"She would get disappointed at times," Hema says. "There were days when she would pick up the phone and cry and say, 'I'm getting out of this place. It's not for me.' Then, two days later, something nice would happen." 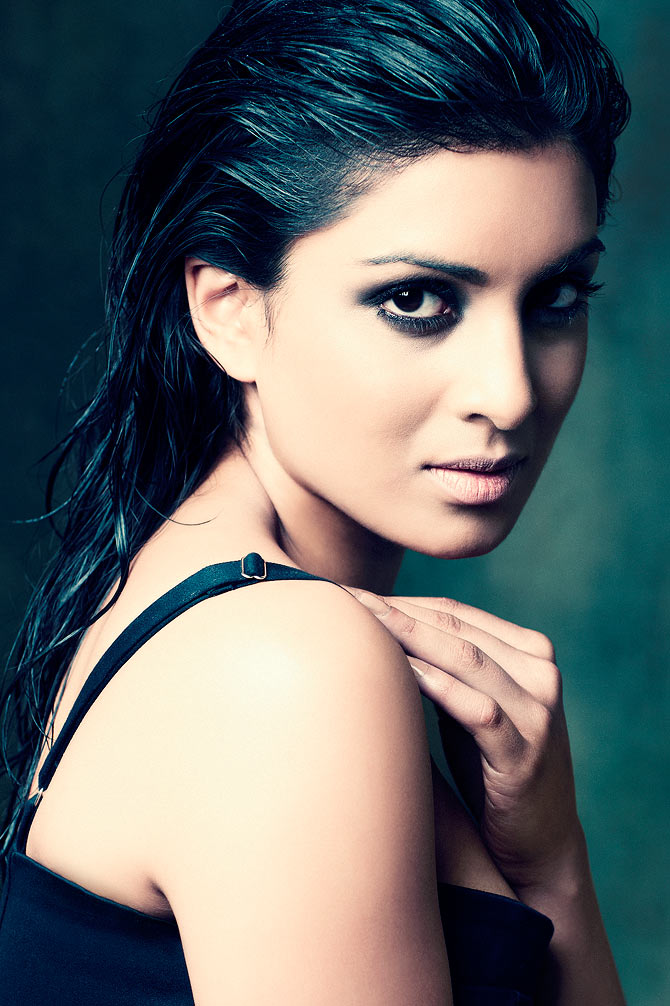 "I was so happy! It was my first film and I was getting to work with Karan Johar and Shah Rukh Khan! My role was two minutes and 16 seconds long and I was wearing a hijab!" Pallavi laughs.

She got bigger roles in smaller films like Dus Tola (with Manoj Bajpayee) and Love Breakups Zindagi (with Zayed Khan and Dia Mirza).

Pallavi's career is now looking up. Besharam is out in the theatres and she has signed her next film, Bombay Fairytale with Ayushmann Khurana.

"I'd love to work with Shah Rukh in a role that is longer than two minutes," she grins.