Sign in  |  Create a Rediffmail account
Rediff.com  » Movies » Meet the man who did the Rudra Tandavam in Kochadaiiyaan 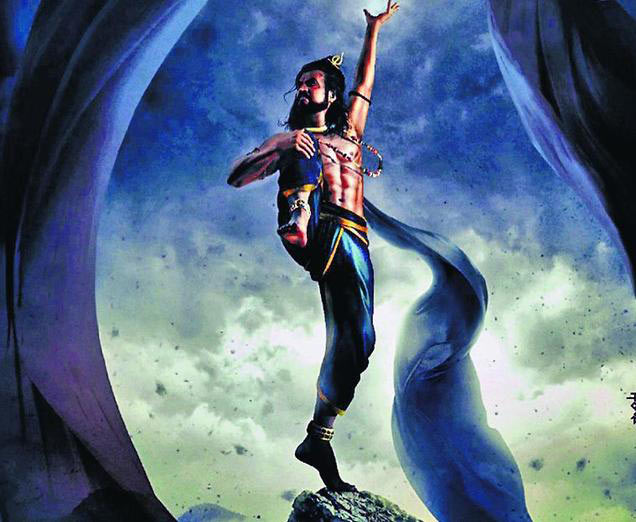 Those who were awe-struck by the Rudra Tandavam dance of Rajinikanth in Kochadaiiyaan might have wondered whether the superstar did all those intricate dance moves.

He didn’t; it was done by 29-year-old Yuvraaj Jayakumar who runs Rhythmic Beat Dance Court, a dance school in Trichy.

The young dancer who was in Chennai to participate in a dance reality show, talks about the experience of doing the Rudra Tandavam dance for Superstar Rajinikanth.

How did you get the chance to do the Tandavam for Kochadaiiyaan?

It happened four years ago. It was the very first shot for the film.

The film was titled Sultan the Warrior then. Dance master Vijay Shivshankar called me and told me that what I was going to do was quite different from other film shoots.

He said it was not a western or Indian dance but a contemporary dance form.

He had seen some of my performances and that’s why he called me.

Did you know at that time that you were going to do the dance for Rajinikanth?

Initially I didn't know. I came to know much later that it was for the legend that I was dancing.

Vijay Shivshankar Master said I had to the dance with lots of emotion in expressions and body language.  That was how they had planned the song and the sequence.

How did the rehearsals go?

Each and every dance move was choreographed in Master's innovative style.

When Soundarya (the director) ma'am saw the steps, she was extremely enthusiastic. She said it was what she had in mind.

During the shooting, I found everything different. I was asked to stand on a green mat and there were cameras all around me. It is like they can rotate and show the dance movements all around.

I had a body suit with sensors fixed on my joints. The cameras caught the performance and then I was told they would animate with Rajini Sir as the dancer.

On the last day of the shoot, they captured only the expressions.

Though I was not aware of the technology involved, the whole thing was a thrilling experience for me.

'I am yet to meet Rajinikanth' 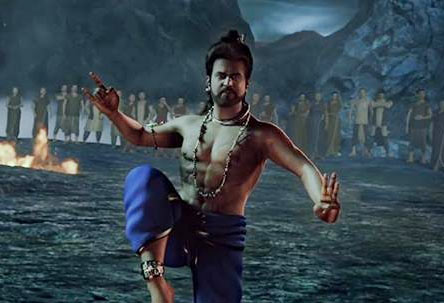 Was it Shiva Tandavam?

It was Rudra Tandavamwith angry expressions. The character was performing Rudra Tandavam out of anger.  As I teach contemporary dance in my own academy in Trichy, it was not a tough dance to perform.

My mother ran a fine arts academy so I started learning Bharatanatyam from the age of eight and then moved onto Jazz.

I love innovation in dance. I create new moves all the time. That is why I started my dance academy at the age of 19 when I was still a college student.

The Rudra Tandavam I did for Kochadaiiyaan was an experiment and I loved it.

Did you meet Rajinikanth?

I don't know whether he knows there is a dancer called Yuvraaj who performed the Rudra Tandavam!

I don't even say that I am a part of such a big project. Compared to the magnitude of the project, what I have done is only a small thing. 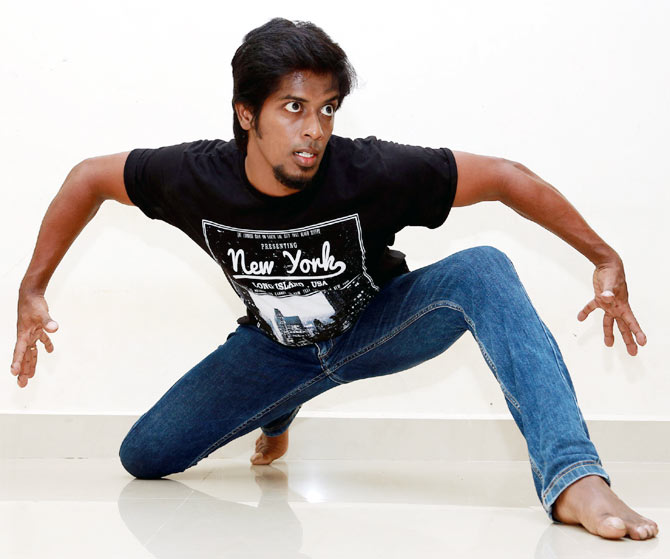 You did the dance four years ago. That’s a long wait...

It was a long wait. Whenever there was a write-up about the film, I used to get excited.

When a friend of mine from the film industry told me that this Tandavam was played at the audio launch, I felt truly honoured.

When I saw the clipping on YouTube with Rajini Sir performing, I went back four years and remembered the steps I did and how they were shot.

I was extremely happy to see the poster of the film with Rajini Sir in the Tandavam pose! Watching the trailer also was an emotional moment for me.

When I performed the dance, I didn't think that people would come to know that I performed it.

The acknowledgement that I did it is itself a big honour for me.