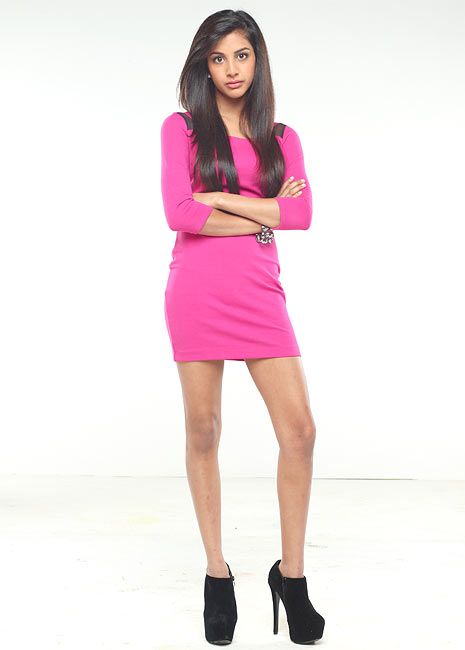 Jayati claims she totally identified with her character, as she used to make fun of a schoolmate as well -- just like her character makes fun of the film's protagonist Gippy -- because of her weight.

How did you get to act in a film?

It was by word-of-mouth that I got to know about the auditions from my friends in Delhi. I freaked out during the auditions because I was so nervous, even though I have done theatre and drama in school.

The director Sonam Nair and the casting director Faraz coaxed me to just do it. I had a scene where I had to give a headgirl's speech. It went well but I didn't know whether I would be called back.

A week later, I was surprised to get a call from Faraz. I had to do another audition. After that, they signed me for the film. It was like a dream come true.

Did you do any kind of workshop?

Yes, we did a two-day workshop in Delhi with other kids, who were a part of the film. We began shooting in Shimla in mid-May. It was really exciting.

'I always want to do the best in whatever I do' 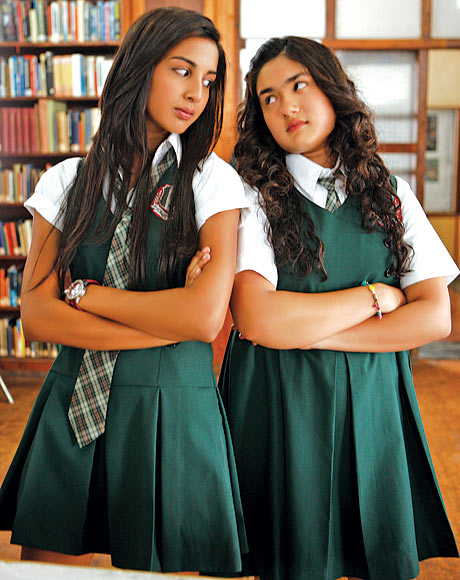 My character Shamira Chauhan is a perfectionist, a role model because she is good in studies and sports. She believes she is the best and that's why everybody else also believes she is.

She is not kind to people, and because of that she has a lot of enemies in school. She treats everyone as inferior to her, which is where the conflict between her and Gippi comes in. She makes fun of Gippi.

How much can you relate to your character in the film?

There are many aspects that I relate to. I always want to do the best in whatever I do.

In the 9th and 10th grade, there was this fat girl in my class and I used to make fun of her because of her weight.

Since you can relate to the character and the film, do you feel bad now for the girl you made fun of?

I think it's part of growing up; we have patched up after that. We are good friends now.

I was a tomboy, had short hair, and dressed like a boy. One day, suddenly, I decided I don't want to be like this any more and shifted to dresses and heels.

So I know how it is to be in Gippi's shoes as well and not be a perfect kid.

'I want to do more films' 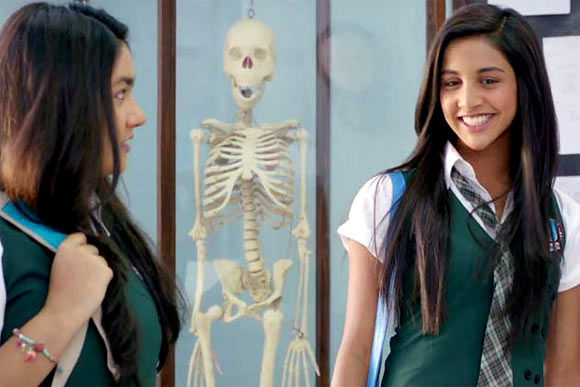 How was the shooting experience?

It was an amazing and life-changing experience. I learnt about teamwork, leadership and it made me grow up to a certain extent.

Rehearsals went off well just before the actual shoot. But when the lights were on and the camera looked at me, I would get very nervous and not sure if I really want to do it. I would say, 'I am sorry I can't'. But with everyone's support, I managed.

It was a lot of hard work and the shoots were gruelling. We were asked to wake up at 5 am, if we are lucky then 6 am. We had to do hair, make-up and reach the location by sunrise.

Even though it was so hard and hectic on us first timers, if someone asks me whether I would like to do another movie, I will definitely say yes.

There were days when I have cried because of exhaustion after the shoot but still I loved the process. We normally worked for 12 hours and sometimes, it went upto16 hours

Did you miss school during the shoot?

Shooting didn't come in the way much because it was in summer. I just missed two weeks in July.

I have just finished my 12th board exams. I am going to the US in September for college.

You said you want to do more films, so how will you manage if you are in the US?

I definitely want to act. I am planning to study liberal arts and films outside Boston. It's a four-year course with eight semesters.

The good thing about the USA is that you can take off after a semester and continue. If I get a film offer I can take a break and do a film, which I don't want to do at the cost of my education.

I want to do more films. I want to do business as well. I might get into the hotel business. I want to become an entrepreneur, I might do a post graduation or an MBA, I still haven't decided.

'I want to work with Shah Rukh Khan' 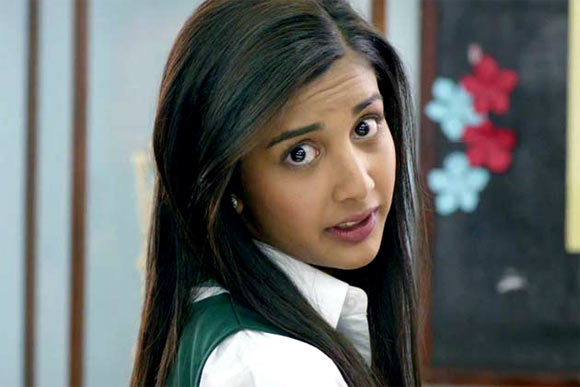 Are there any Bollwood actors that you look up to?

I grew up watching all of Karan Johar's movies. If I get upset, I watch an SRK movie. His on-screen presence is so powerful that it has the ability to make you smile.

Seeing him on screen is the major reason that I wanted to be on screen. Another dream of mine is that if I do another movie, I can work with SRK.

Did you make friends during the shoot?

We spent two months with the cast and crew and made friends for a lifetime. It took us some time to get to know each other and open up.

A couple of them who are playing my best friends in the film are my real cousins. It was by chance that all of us got to act in the same film.

I knew a few of my co-stars who are of the same age group from Delhi. On the whole, we all had a blast, having meals and hanging out together in Shimla.

'My uncle Lalit Modi is very proud of me' 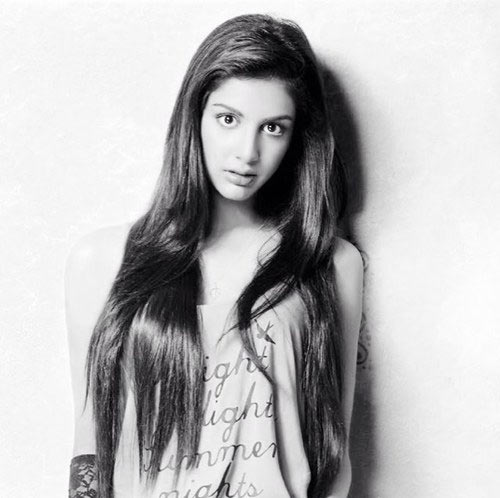 How did your family react?

They were uncertain at first because from what we hear and see of the Bollywood world and life, it's not for a 17 or 18 year olds. It can be beneficial or it can do a lot of harm. But they were happy about the opportunity.

Mom is a philanthropist; she works for an NGO in Delhi and was there throughout the shoot in Shimla. Dad, Samir Modi (who runs the Modi group along with her grandfather) also visited us during the shoot.

They have been very supportive and encouraging throughout the entire process. I don't think I could have performed to the level I have if it wasn't for them and my grandparents. My sister, who is four years younger than me, is more proud than I was about bagging the role in the film.

What was your uncle Lalit Modi's reaction?

He is really proud of me (smiles).