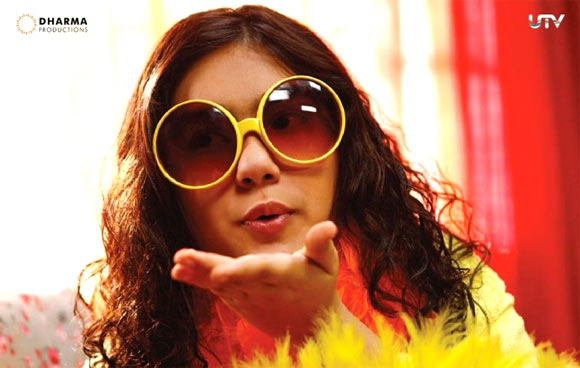 At 14, Riya Vij is ready for stardom and her debut Hindi film, Gippi, releasing this Friday, May 10.

The Delhi-based youngster landed the role quite by accident, as she explains in this interview, and now, hopes to work with Ranbir Kapoor some day.

Riya chats with Sonil Dedhia about the film, and also gives parents some tips on how not to embarrass their kids.

How did you come to audition for Gippi?

I learnt about the audition through a friend of mine. She asked me to come along with her. When I reached the venue, I saw a lot of people of my age sitting and waiting for their turn.

I didn't take the audition seriously. I thought there were hardly any chances. Still, I was really nervous and at the same time, felt it was a little embarrassing.

Later, when I reached the third and fourth round, I started feeling more comfortable. I could relate to my character, Gippi, and it became easier to play the part.

'I was excited to meet Karan Johar' 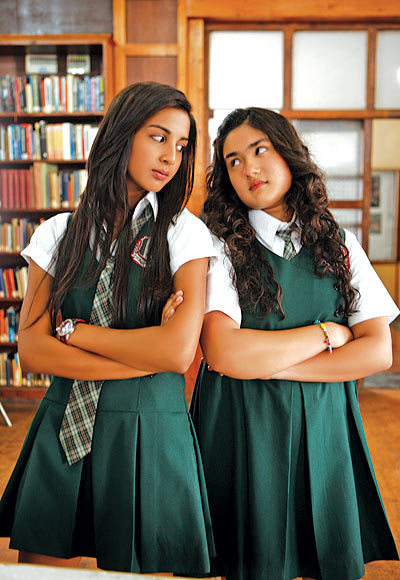 How did your parents and you react when you were selected for the film?

I was really excited. I was jumping and looking forward to work. I was excited to meet Karan Johar. My parents were happy. They are very open minded and do not stop me from doing anything.

Did you have to do some special preparation for your role?

I knew the character was an overweight girl, so I did not try to lose weight.

I didn't know how to say the dialogues so I started reciting the dialogues. I tried my best to read the script again and again so that I get into the character. After a few days, I became kind of comfortable.

'When I was a kid, I wanted to become like Kareena Kapoor' 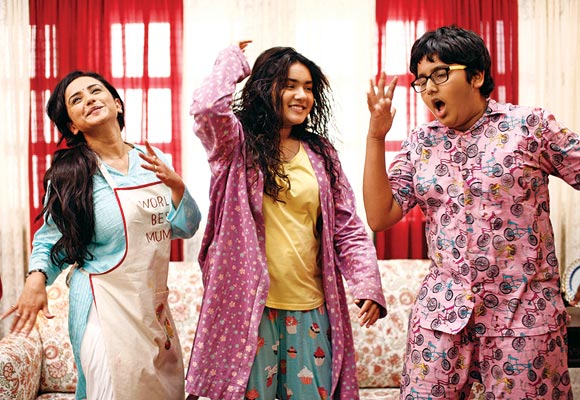 Did you always aspire to be an actress?

When I was very small, I wanted to become an actress. Whenever I used to watch movies I was fascinated with the glamour world, the nice clothes and the whole feel of being a heroine.

I was under the impression that actors come in front of the screen, have fun, dance and then leave.

When I grew a bit older, I felt it was all stupid. Then I wanted to become a teacher, I was fascinated with school life.

Now that I have done a movie I realise how tough and tiring the whole process is.

How did you manage your studies?

I had to change my school. My friends were really very helpful and would keep me updated with whatever was being taught. They also helped me with my notes. It wasn't really difficult.

Are you treated as a star in school?

After watching the trailer, everyone in school started giving me attention. But my close friends are the same. It felt odd when people with whom I did not interact started talking to me.

I was excited and happy. It was like 45 days shooting, 12 hours a day. It came out very well.

'I am a little conscious about my weight' 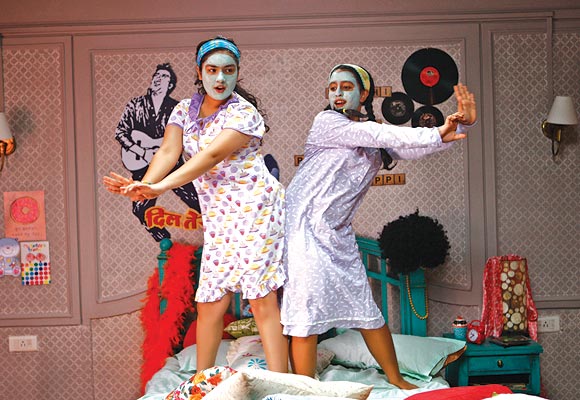 Did you feel nervous at any time while shooting the film as you play the central character?

I was very comfortable. I was confident about Sonam (Nair, director) so I did not have to worry about anything. I was completely dependent on her.

The only thing on my mind was to give my best and I was assured Sonam would take care of the rest.

Were you able to relate to the character you are playing in the film?

There are certain aspects of the character that I could relate to, but at the same time I wouldn't say that I am absolutely like the character in real life.

In real life, people don't bully in such an over the top way as it's shown in the film. Also, it's not very difficult to deal with bullies.

In the film, my character Gippi gets very embarrassed with her mother. In real life too, I feel very shy when my parents are around. There was one scene in the film where I am shown cheating in my test, so that part came pretty naturally to me (laughs).

Gippi, in the film, is very conscious about her weight. Personally, I am a little conscious and also get nervous when people talk about weight-related issues in front of me.

'Parents shouldn't embarrass their kids in front of other people' 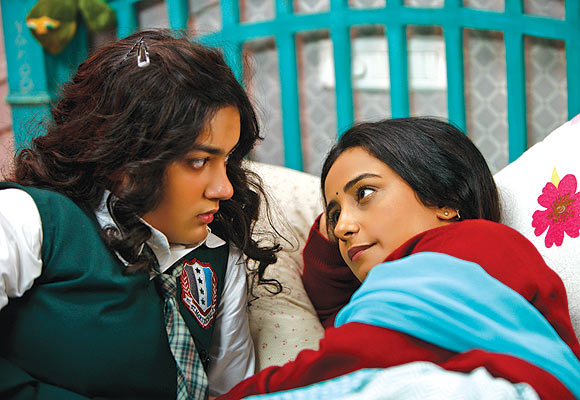 What are some of the things parents should not try and force on their kids?

Parents shouldn't embarrass their kids in front of other people. Even in the film, Divya Dutta who plays my onscreen mother, makes me cringe by asking 'Potty kia na, beta?' in front of everyone.

Now that kind of conversation should be kept at home. At this age we are already concerned and pressurised about our studies, so parents should not make it worse by pressurising us more.

You don't seem to carry any excess weight now. Did you have to put on weight for the film?

Yes, I had to put on a little bit of weight. It's been almost a year since we shot for the film so I have lost some of the weight.

What are your views on size zero?

I think curves are in nowadays. It's not necessary to be size zero. It's always better to be yourself. 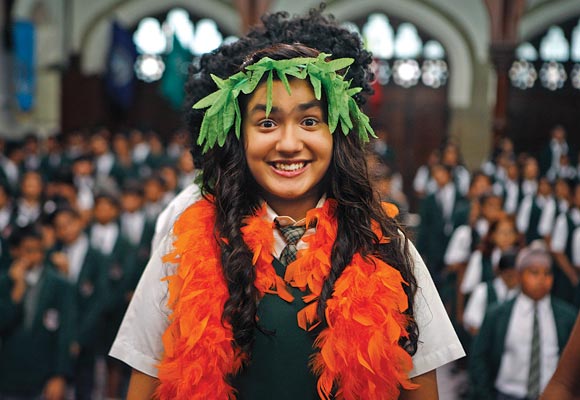 Are they any actors that you would like to work with?

It would be great if I get to share screen space with Ranbir Kapoor some day.

I would also like to work with Amitabh Bachchan. He is a very good actor. I admire Deepika Padukone and Parineeti Chopra.

Will you continue working in films?

If I get an opportunity to work in a film that is good and if it does not hamper my studies, then I would love to do it. As of now, I am not thinking much about it.