'Meena Kumari had fame, but also much sorrow' 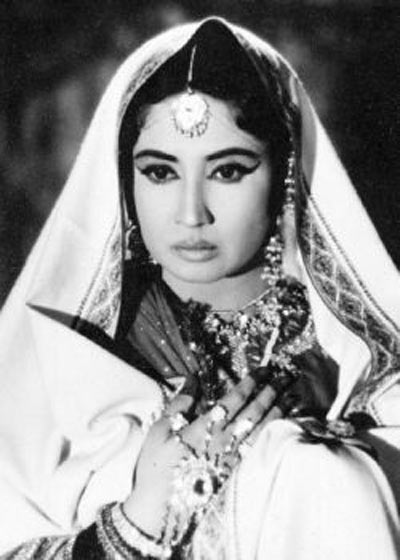 Meena Kumari has always been an enigma.

There are countless stories about the movie star's life and her premature death 41 years ago.

Why did she leave her husband, filmmaker Kamal Amrohi?

Was she an alcoholic in real life, like her memorable Choti Bahu character in the classic Sahib Biwi Aur Ghulam?

Did she have an affair with the young Dharmendra?

Vinod Mehta wrote an illuminating biography on the star, Meena Kumari: The Classic Biography, in the early 1970s. The book has now been reissued, with a fresh introduction.

In an e-mail interview with Rediff.com's Patcy N, Mehta -- the distinguished editor whose memoir Lucknow Boy was published to much acclaim a couple of years ago -- discusses the intriguing star, her complex life, and reveals how she stored brandy in Dettol bottles.

The Meena Kumari reprint. The question is inevitable: Why, and why now?

After the success of Lucknow Boy, some publishers expressed an interest in my earlier work.

So, they took the Sanjay Gandhi book (The Sanjay Story) and the Meena Kumari book and reprinted them. I still have one more book on Bombay up my sleeve.

'Meena Kumari was more than just a famous film star. She was a flawed individual' 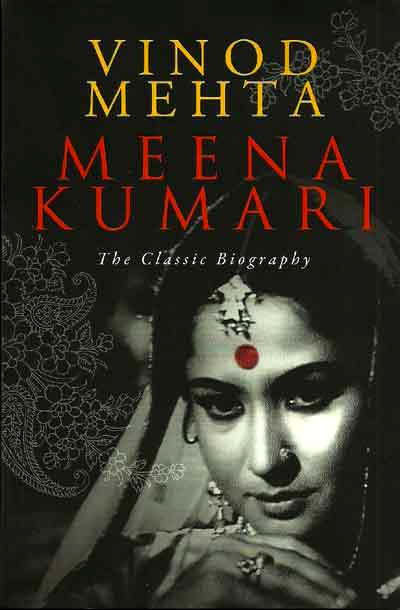 Were you a Bollywood buff?

No, I was not. I didn’t choose to write on her. I was commissioned by (publishers) Jaico just after her death.

I was in no position to pick and choose. I was grateful for the assignment.

What was it about Meena Kumari that fascinated you to write the book?

What fascinated me was the poignancy of her life. She had fame, but also much sorrow.

She also had literary pretensions, and compared herself to Marilyn Monroe.

Kamal Amrohi was her Arthur Miller (the great American playwright was briefly married to Monroe) .

She was more than just a famous film star. She was a flawed individual.

And famous, flawed, individuals interest me.

'We have Katrina Kaif and Priyanka Chopra are completely artificial' 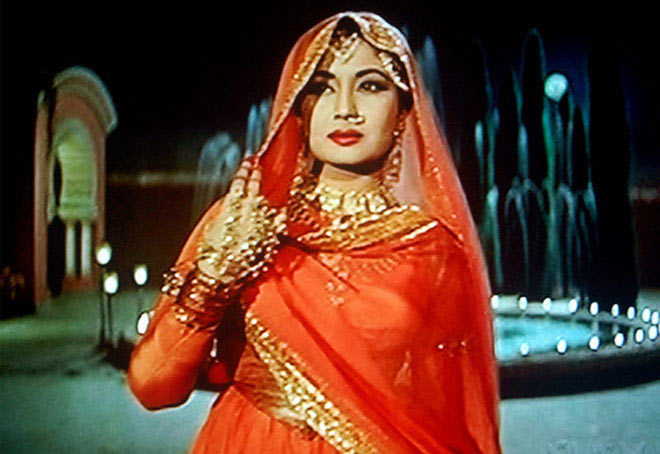 Meena Kumari knew people were using her. Why didn’t she ever take a stand?

Because she had no one for support.

She fell back on her family and friends. They looked after her in a nominal sort of way, but also enriched themselves.

It is a classic tale of a lower-middle class Muslim girl who becomes a meal ticket for her family and hangers-on.

The book has amazing details about the day she died. How did you come by that?

The really interesting information did not come from her famous friends and co-stars. It came from nurses in the hospital, make-up girls, secretaries, chauffeur.

They had no axe to grind and were quite happy to share what they knew.

Do you think any heroine since has Meena Kumari’s qualities?

No. We have Katrina Kaif and Priyanka Chopra -- they can hardly speak Hindustani. They have no interest in literature or music or poetry. They are completely artificial.

'Meena Kumari was thought to be promiscuous' 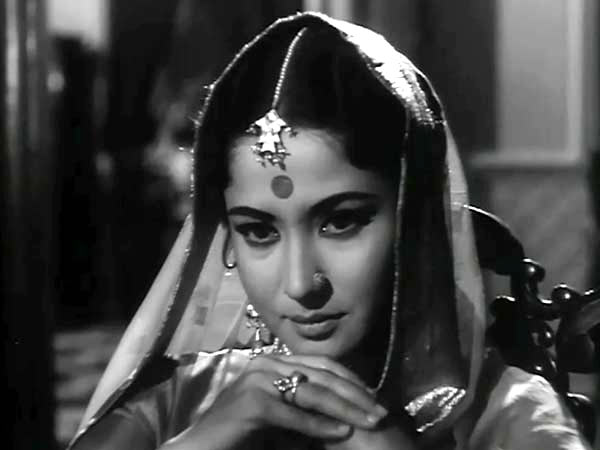 Was it easy to get people to talk about an iconic figure like Meena Kumari?

Luckily, yes. People were quite flattered.

I had just come back from England, had long hair, spoke in a phony English accent.

Also, I was an outsider. All that helped.

The only person who ditched me was Dharmendra.

Is there any part of your research that is not included in this book?

Her sexuality. She was thought to be promiscuous. Some people even used the word 'nymphomaniac'. These were things I couldn’t confirm.

Why did Meena Kumari marry Kamal Amrohi, who was already married and had two sons? What was their marriage like, and what went wrong?

Initially, the marriage and courtship went very well. But as she got famous and Mr Amrohi flopped, ego problems arose. It was downhill after that.

He was deeply in love with her and in the late 1950s, he was very successful himself.

Then, he started to control her, resented her fame and success.

'Dharmendra was the love of her life' 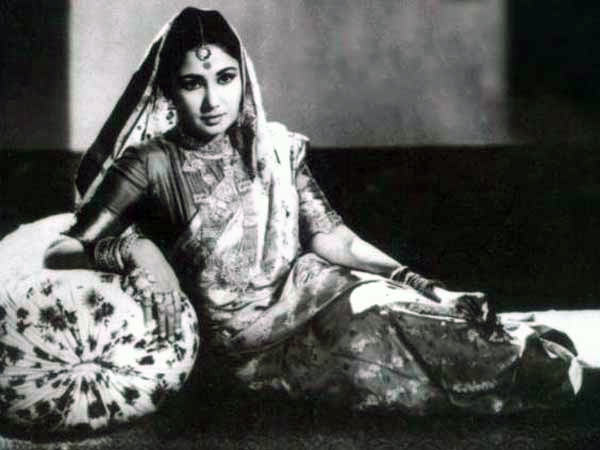 She used him, he used her.

He was the love of her life.

When did her drinking get out of hand?

She kept brandy in Dettol bottles.

She didn’t drink for pleasure, she drank to get drunk, to drown her sorrows.

You write she earned around Rs 100,000 a year at the beginning of her career and more later on. She was broke when she died. How come?

The Gulzar relationship, I don’t think, was physical.

She liked the company of a budding poet.