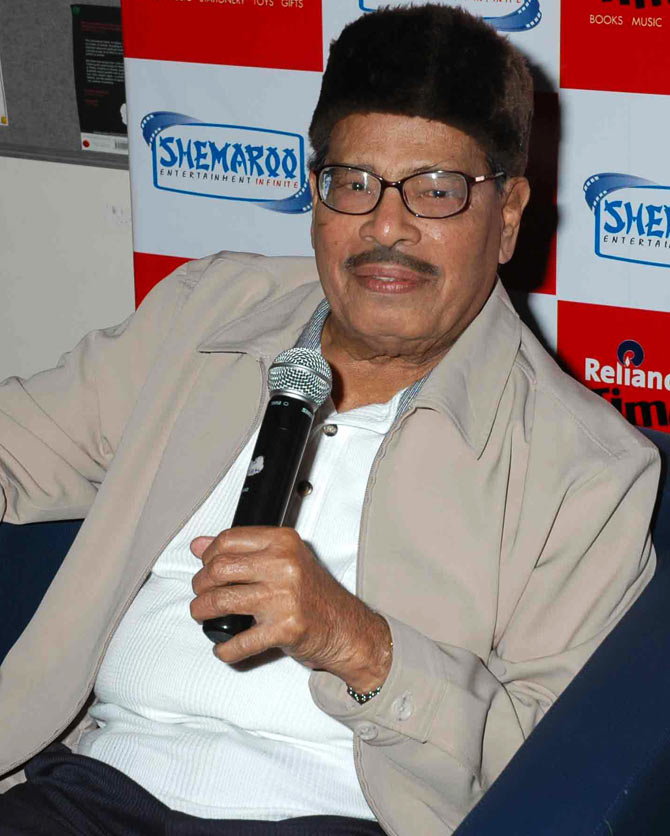 It would be impossible to talk about the music of Hindi film industry's golden era without taking Manna Dey's exemplary contribution into account.

Not only was he credited with pioneering a new genre by infusing Indian classical music in a pop framework, the legendary singer also epitomised the golden period of Hindi cinema with memorable songs like Puchho na kaise, Aye meri zoharajabi and Laga chunri mein daag.

Along with Rafi, Mukesh, and Kishore Kumar, Dey was the last member of the famous quartet of singers who dominated the Hindi music industry from 1950s to 1970s.

In a career spanning over five decades, Dey went on to sing over 3,500 songs in Hindi, Bengali, Gujarati, Marathi, Malayalam, Kannada and Assamese films before quitting movies in the '90s.

While Rafi, Mukesh and Kishore were the favoured voices when it came to the lead actors, Dey stood out for his unique voice. 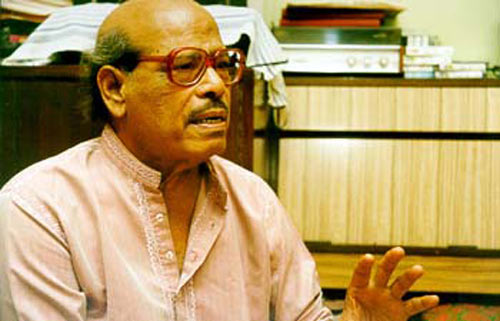 Dey, who had made Bangalore his home for the past few years, started his career in playback singing with the film Tamanna in 1943. The musical score was set by his uncle Krishna Chandra Dey and he had to sing a duet with Suraiya.

In 1950, Mashal was the second film where Dey got the opportunity to sing a solo Upar gagan vishal, a melody created by Sachin Dev Burman.

In 1952, Dey sang both for a Bengali and a Marathi film of the same name and storyline, Amar Bhupali, and established himself as a booming Bengali playback singer that in years to
come took him to greater heights. 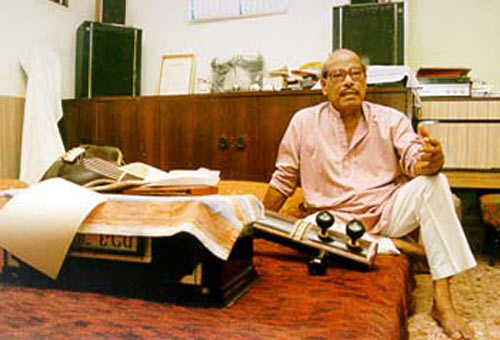 Dey was much in demand for complicated raag-based songs and was once even pitted against his idol Bhimsen Joshi in 1956 movie Basant Bahar for Ketki, gulab, juhi song, something that he initially refused.

While his mastery over classical numbers somewhat pigeonholed him, the uniqueness of his voice made it impossible for any singer to replicate him. A meticulous singer, Dey would often prepare extensively before rendering a song.

The singer gave credit to Shankar-Jaikishan for understanding his depth as a singer. Dey started singing for showman Raj Kapoor in Aawara, Shri 420 and Chori Chori.

"I am especially indebted to Shankerji, for had it not been for his patronage, I would certainly not have attained the heights of success I enjoyed in my career. Here was one man who knew how to bring out the best in me. In fact, he was the first music director who dared to experiment with my voice by making me sing romantic numbers," Dey recalled in his autobiography Memories Come Alive. 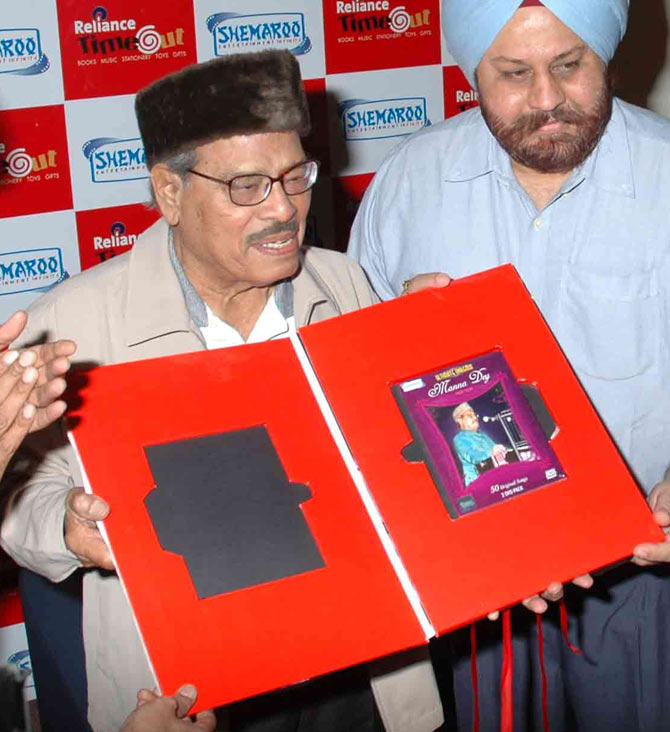 Dey's lilting voice enthralled the audience throughout the world and awards flowed naturally to him, including titles like the National singer, Padmasree, and Padmabhusan. He has also lent his voice for Madhushala composed by late Harivansh Rai Bachchan.

Trained by his uncle Sangeetacharya Krishna Chandra Dey and by Ustad Dabir Khan, Dey sang light classical songs for Hindi films with the ease and felicity rarely matched by any past and future singer. 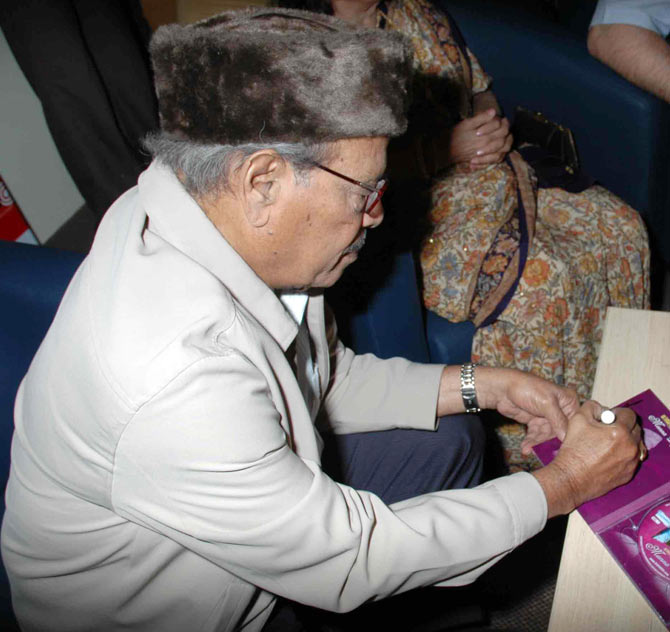 Dey's Zindagi Kaise Hai Paheli sung for the film Anand and set to the tune by Salil Chowdhury is still a hit with FM stations nation-wide.

Apart from film songs, he also left a large legacy of non-film songs, specially Bengali modern songs, which have retained popularity and freshness till now.

His rendition of qawwalis like Yaari hein iman mera in the blockbuster Amar, Akbar, Anthony earned him a large number of fans, while his Bengali modern songs have retained their popularity and freshness for decades.

Dey received his education in Kolkata's famed Scottish Church College and Vidyasagar College. He found his calling in school itself where he would sing to entertain his friends, but soon he took it up seriously under the tutelage of his uncle.

Dey accompanied his uncle in 1942 on a visit to Mumbai. There he first worked as an assistant of his uncle and then under Sachin Dev Burman, who recognised his talent.

Born to Purna Chandra and Mahamaya Dey on May 1, 1919, as Prabodh Chandra Dey in Kolkata, Dey was inspired by his youngest paternal uncle Krishna Chandra Dey, a known singer and actor of New Theatres company.

Manna, a name given to him by KC Dey, was initially planning to become a barrister but under his uncle's influence, he decided to opt for a career in music. He took his first singing lessons from his uncle, Ustad Dabir Khan, Ustad Aman Ali Khan and Ustad Abdul Rahman Khan.

Dey was married to Sulochana Kumaran from Kerala with the couple having two daughters. 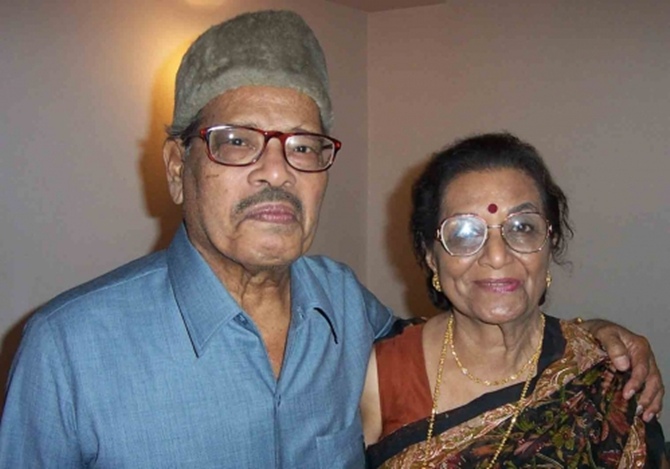 He referred to Sulochana as his inspiration. “She was everything in my life -- the one I always consulted about my profession not to speak about my personal life as well."

His autobiography Jiboner Jalsaghorey was published in 2005 and was later translated into English (Memories Come Alive), in Hindi (Yaden Jee Uthi) and in Marathi.

He had turned a recluse in the last years of his life, especially after the death of his wife Sulochana in January, 2012 and lived on his own in Bangalore.

Dey's death marks the passing away of an era in a year that marks the century of Hindi film industry.

The voice behind Coffee Houser Sei Addata, the timeless song on youth and their aspirations which is still as popular as when it was released three decades ago, has permanently fallen silent.