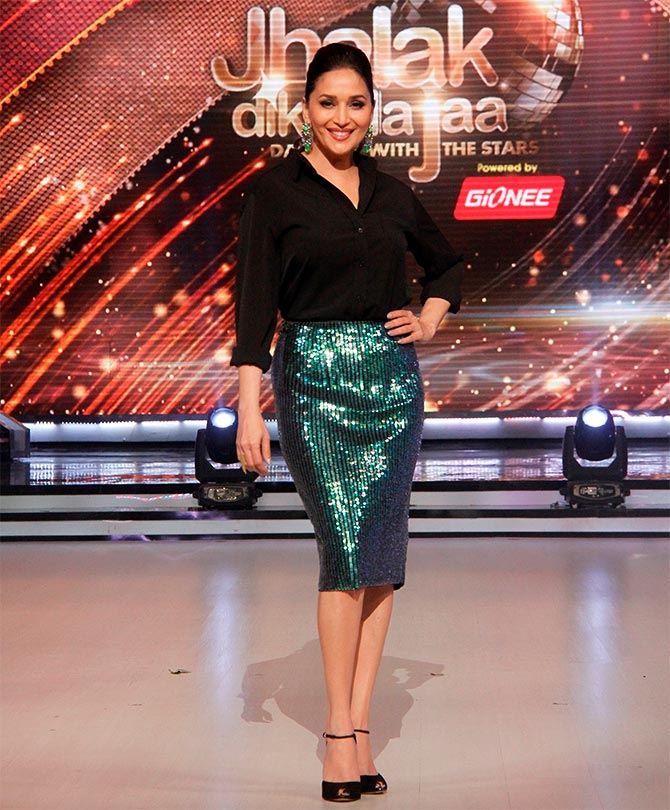 Madhuri Dixit gets ready for the seventh season of the dance show.

The seventh season of Jhalak Dhikhhla Jaa will kick off on June 7, and its judge Madhuri Dixit seems very excited about it.

The actress will reportedly showcase some western dance moves in the opening act of the show.

“I am dancing for the song Dhoom Machale for which we have selected a mix of Latino, salsa, tango, and flamenco,” she says, adding proudly: “For the first time in my life I have attempted a lift, which is very challenging. And I did it.”

This is not the first time Madhuri is dancing for a song picturised on another actor.

“This is the second time I’m dancing on another actor’s song,” Madhuri adds. “During the IIFA awards, I had danced to Fevicol (picturised on Kareena Kapoor in Arbaaz Khan’s Dabangg 2) and Radha teri chunri (picturised on Alia Bhatt in Karan Johar’s Student Of The Year).”

'I am very adventurous' 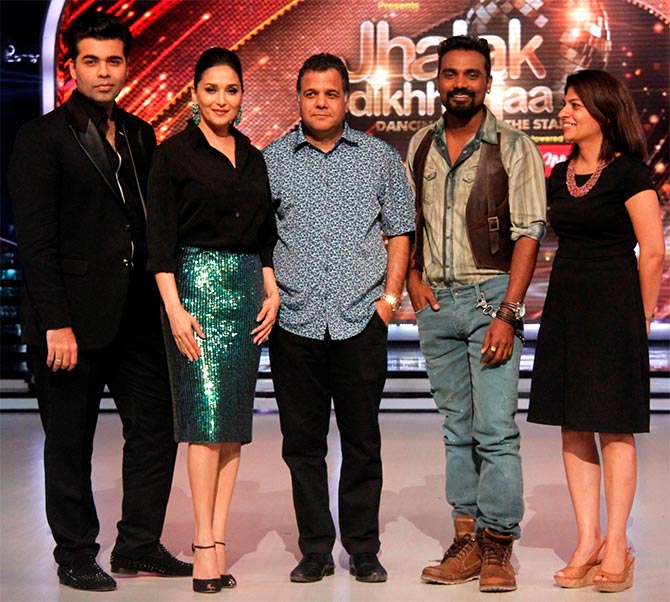 Choreographer Punit Pathak is teaching the actress all the sexy moves.

Wasn’t she scared of injuries during the lifts?

“I am very adventurous that way. I am not scared of falling. My friends ask me if I don’t get sacred when I am sitting on a shoulder, at a height and rotating. If you are scared then you won’t be able to do it,” says the feisty actress.

She wants to learn different Latin styles of dancing because “it has a lot of foot work like we have in Kathak. The lifts and acrobatics are not much in Kathak, but they are very graceful.”

'This season, it is not only a challenge for the contestants, but also for us judges' 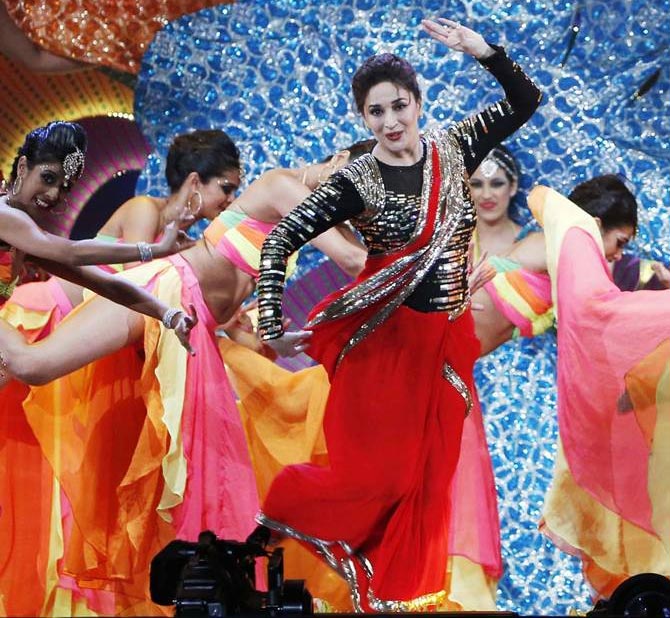 This season of Jhalak specialises in never heard or seen before international dance forms.

“We are giving the celebs new international styles. This season, it is not only a challenge for the contestants, but also for us judges. I have been training in Latin dance forms and look forward to seeing new dance forms from the contestants as well,” Madhuri says.

“It will be a challenge for the contestants as they will have to learn to earn the marks. I think they should own the dance they are dancing. I love the line ‘the dancer becomes the dance’. As they progress in the show, we expect them to get their own personality,” she added.

Her children were “really impressed and proud of me when they saw the little lift I did.” They know their mom was the dancing diva of Bollywood because their friends have told them so, she laughs.

'As an actor you should not limit yourself' 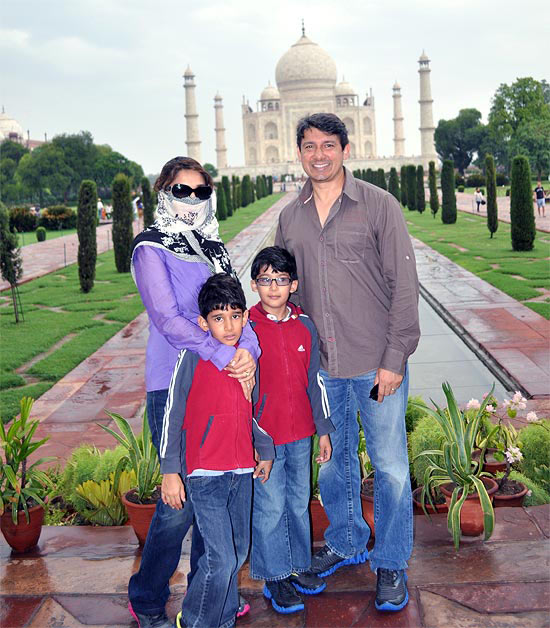 The saris and anarkalis of earlier shows are out this time and western outfits are in. Designer Anaita Shroff Adajania is giving her a contemporary look, infusing a lot of street style.

“After three seasons, we thought we will make some changes, go more with western and indo-western. Visually, too, it will look different.

“Anaita is a fabulous designer. She has an eye for colours and styling. We are trying to get a formal look that could yet be informal, with not so very bright colours,” the actress explains.

Would she like to act in a TV serial like Amitabh Bachchan is going to do in Yudh?

“I have not thought about it. If somebody approaches me and if I like it and think it is worth doing, I will have no qualms. As an actor you should not limit yourself; you can work on any screen.”

She is looking forward to the monsoon season. “I love the monsoon. I like it when there is the drama of thunder and lightning. I like to get wet in the rain, take my kids also to get wet and have fun.”