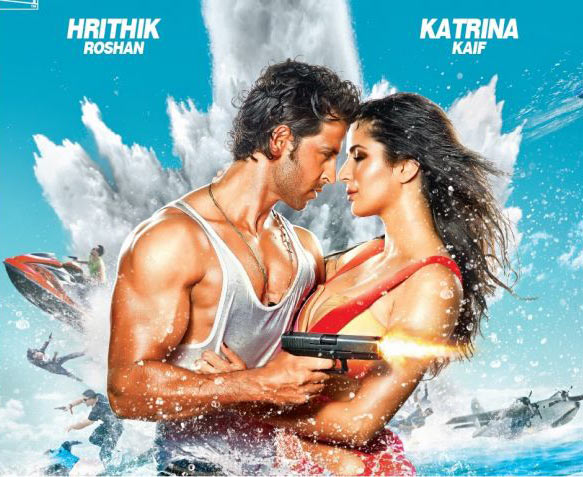 Watch the trailer and vote!

5.. 4.. 3… 2… 1”, counts down Hrithik Roshan before saying the film’s name Bang Bang -- even as cars fly off makeshift ramps, bodies glisten, eyes sparkle and all things shine a helluva lot.

This is not just because of the lead actors, but heck, they don’t hurt.

Roshan and heroine Katrina Kaif are easier on the eye than most of their Bollywood counterparts, and both look amped up here to provide not just thrills but immaculately turned out thrills.

Kaif, while straddling her man, pivots around the front of a motorcycle to whip out guns, and Roshan leaps in mid-air as if rehearsing a Dhoom step. It all looks very slick indeed.

An official remake of the Tom Cruise-Cameron Diaz starrer Knight And Day, Bang Bang has been written by Kahaani director Sujoy Ghosh, which makes us think there’ll be some cleverness amid all the bang-banging.

We can only hope. But what we do know is it’ll be worth looking at.

What do you think of it? VOTE NOW!