Sizzling in a canary coloured outfit, some of the other shots show her pouting in a series of low-cut tops.

Kardashian, 30, certainly seemed pleased with the results as she has posted on her website 'this was such a fun and sexy shoot and I love the way the photos turned out.' The Oscar-winning actor Russel Crowe has wanted to helm a project for years and now he may be directing 77.

The drama connects two stories from 1974, dealing with both the unsolved murder of a Los Angeles Police District (LAPD) officer, and the nationally televised shootout in South Central Los Angeles between the Symbionese Liberation Army and the LAPD, where 50,000 rounds of gunfire were exchanged.

The events will be seen through the eyes of two police partners, one black and one white.

The movie has been scripted by David Matthews from a story by LA Confidential's James Ellroy, while Dick Wolf and Tony Ganz are producing.

While he is set to sign up for 77, Crowe has previously revealed he wants to star in a Bollywood movie.

He said, 'I don't mean a typical Hollywood film that happens to be set in India, but a Bollywood film. The script would have to be right, and I've to understand completely what I was doing, but I fancy having a go.'

Rob Schneider is a married man 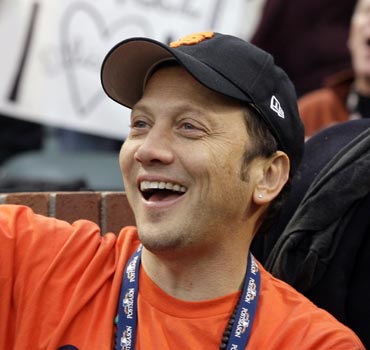 Rob told People in a statement: 'Patricia and I were surrounded by our closest friends and family; it was the happiest day of my life.

'We had a great time at the wedding and are looking forward to our honeymoon.' The couple were married in a private ceremony in Beverly Hills on Saturday.

Rob is a Saturday Night Live veteran and frequent co-star to Adam Sandler in films including Big Daddy, Little Nicky and 50 First Dates.

'Britney Spears is not getting married' 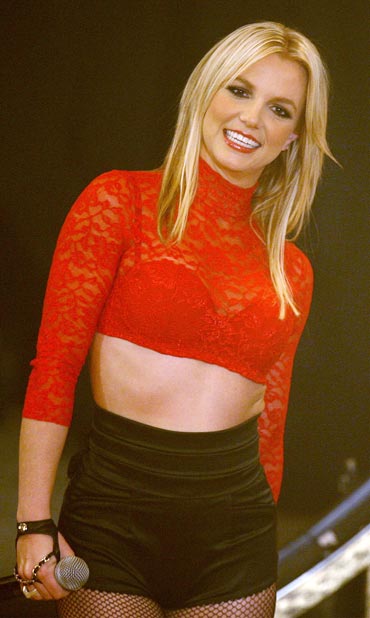 A spokesperson for Britney Spears shot down rumours that the pop star is to wed again after she was photographed wearing what appeared to be an engagement ring.

The Toxic hitmaker sparked speculation she was set to marry her agent and boyfriend of two years, Jason Trawick, last Friday when she was spotted wearing a dazzling jewel on her left hand.

But Spears' representative insists the singer is not heading down the aisle anytime soon, telling EOnline.com the reports are 'completely not true', before adding: 'It's not an engagement ring.'

Spears recently refused to rule out the idea of settling down with Trawick, insisting she would 'never say never' to a third wedding. The mum-of-two previously wed dancer Kevin Federline and had a 2004 quickie Las Vegas marriage to childhood sweetheart Jason Alexander that was annulled after 55 hours.