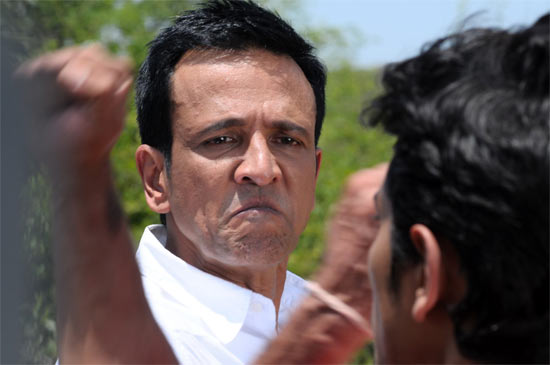 Actor Kay Kay Menon, known for his powerful performances in films like Hazaron Kwayishen Isi, Bhopal Express etc, is acting for the first time in a south Indian film.

The film, Menimaran's bi-lingual Udhayam NH4, has been scripted by the National Award winning director Vetrimaran.

In this exclusive interview, Kay Kay Menon talks about why he accepted Udhayam NH4, and what he considers 'non-cinema'.

What was your initial reaction when Vetrimaran and Manimaran came to you with the script of Udhyama NH 4?

The first time I met Vetri and Mani, I found that they were contemporary film makers, modern in their thinking and not orthodox in any sense.

They had a unique sense of cinema. So, that was quite exciting for me and made me say 'yes' to their project.

When they met me, I had not heard of or seen Aadukalam. I saw it after I met him.

But once you talk to a film-maker, you know what he believes in. That was enough for me.

What impressed you about the story and the film-maker?

It has to do with the film-maker and not the story. A simple love story can be made into an interesting film if the film-maker can think differently.

For me, the film-maker is more important than the story.

What impressed me was his extremely modern way of thinking about cinema. The conversation I had with the film-maker was very interesting.

'I am extremely choosy about the film I accept' 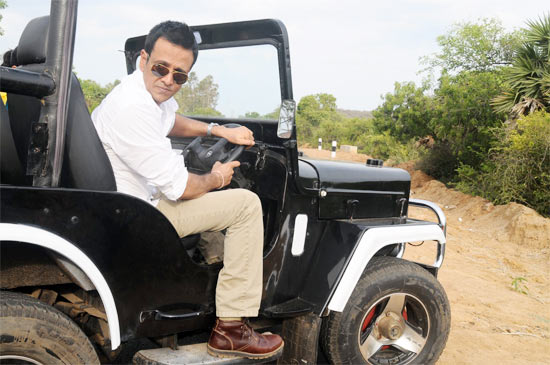 Manimaran said you asked a lot of questions before agreeing to do the film and that you are very choosy about the films you accept.

Yes, I am extremely choosy. You decide whether to do a film or not only after you meet and talk to the film-maker. Only someone who thinks out of the box excites me.

What kind of films do you believe in?

I believe in cinema! Unfortunately, 90 per cent of Hindi cinema is non-cinema. Only marketing works here. Even the item songs in these films are an extension of marketing.

How do you define cinema?

What is not non-cinema is cinema.

You cannot be a cricketer and hit a football with a cricket bat. Similarly, you must have certain integrity to make cinema.

Unfortunately, in 90 per cent of cases only the marketing mind of the director works and not the creative mind.

'After 16 years of working here, now I have a idea about what is cinema and what is non-cinema' 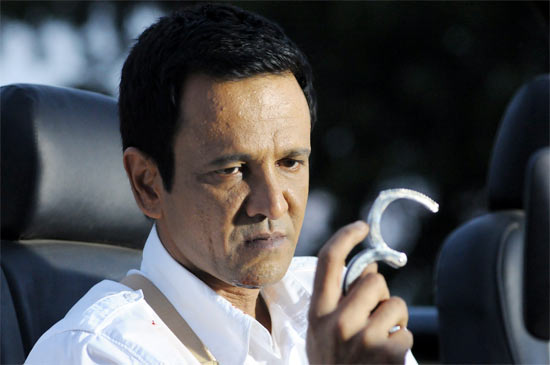 Has your idea of cinema changed over the years?

Certainly, it has evolved over a period of time, as you see more films and work in more films.

Once you are working in films, you learn a lot more about cinema. It is connected to your thought process and like any thought process this also evolves after a period of time.

After 16 years of working here, now I have a clear idea about what is cinema and what is non-cinema.

There are film-makers who make non-cinema and justify it by saying it has to be understood by all. On the other hand, film-makers like the late Aravindan and Adoor Gopalakrishnan only made films that they believed in...

The Malayalam cinema scene is different. There, all kinds of cinema is appreciated and most of the time, the difference between cinema and non-cinema is blurred.

There, films are not defined by marketing as they are not made on high budgets. Only where lots of money is involved in film-making do you see marketing governing the film.

Many film-makers say that unlike writing or painting, a lot of money is involved in the making of a film, and it is necessary that they get the money back.

I don't agree with this argument. Nobody can use that as an excuse to make trash.

Money can be used for a good purpose as well. That is a lame excuse for those who have no talent but have money. But if you have talent, you will use money very well and for the uplift of cinema.

If you give only trash all the time, the mindset of the audience also will not change. They will never evolve into good cinema viewers.

'I understand Tamil, Malayalam, Bengali and Marathi but I can't read and write them' 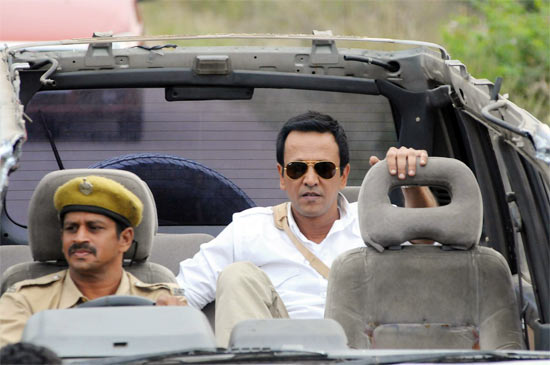 Is it tough to be a part of good cinema when, as you said, 90 per of films made are non-cinema?

Yes, it is tough as majority of the films made are non-cinema. You try to be a part of the small percentage.

Is the satisfaction you derive from cinema more important than money?

It is to do with legitimacy. You can earn money in any way but you have to have peace of mind too. What I do is only with good intention. That is more important than earning money for me.

Fortunately, good cinema has increased in Hindi. So, we can have some hope that audiences are maturing.

Once you started acting in Udhayam NH4 were you happy with the way it was made?

I was very happy with working in this film. While making the film, we were evolving every day and creating new things.

What exactly impressed you about the way the film was made?

The whole process of thinking out of the box impressed me. It is like if you give a simple story to a mediocre film-maker and a brilliant film-maker you will see how different the films will be.

You see a brilliant film-maker blossoming in front of you, improvising and growing. In the case of this film, once we started shooting, it went up by 10-15 notches.

Do you understand Tamil well?

I understand Tamil, Malayalam, Bengali and Marathi but I can't read and write them. My policy is that I work only in films the language of which I understand even if I can't speak it.

'All acting is internal; there is nothing external which, according to me, is hamming' 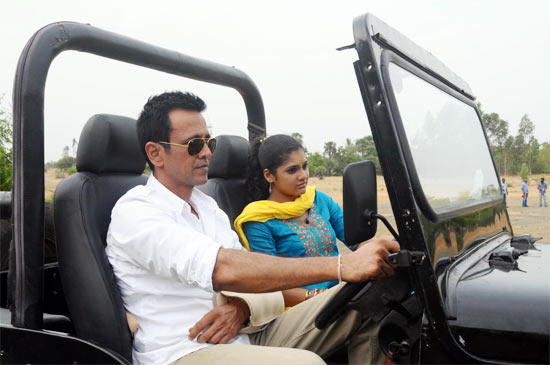 Was it enjoyable to shoot in real locations?

Now, when in a real location, there are so many possibilities that you can use, like a dog running in front of you, or a tree or trees in that area. You will improvise according to the location and that becomes an interesting feeling for an actor.

What kind of an actor are you? Do you internalise the character?

All acting is internal; there is nothing external which, according to me, is hamming. Even if you are playing a loud character, that is also an internal process. Each actor has a way of internalising.

Has any character you played refused to leave you?

I let them live their own lives. I call them back whenever I require them! It's all about exploring your self. And I enjoy the process.

Most actors are fake and they get away with hamming because of marketing. It has nothing to do with what you do in a film; it's all about marketing.

Are you against marketing?

I am not as long as it doesn't intrude into cinema. I am also not against item numbers if it has something to do with the film. But if it spoils the film viewing, I am not for it. You cannot adulterate a film by forcing item numbers etc into it.

A marketing guy cannot enter into the film; he can only be outside the film.