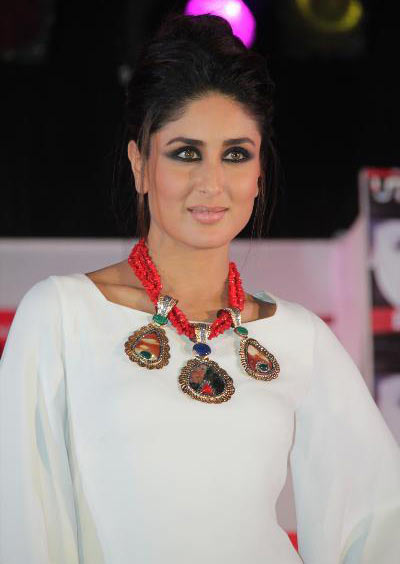 Here's a how-to guide for when you feel like taking your statement necklace out for a spin!

'People will stare. Make it worth their while,' said the legendary American jeweler Harry Winston once.

He was talking about the allure of exquisite jewels of course.

Be it Marliyn Monroe's glittering turn in Diamond's are a girl's best friends for Gentleman Prefer Blondes, Kate Winslet's Heart of the Ocean necklace in Titanic or Aishwarya Rai Bachchan's opulent maharani haar in Jodhaa Akbar, few things catch the eye as instantly as a sparkling string of precious thingums around a woman's neck.

Off screen too, things are no less shiny.

Here are some gorgeous glimpses of the Bollywood beauty's affair with the necklace.

But it's great to see the Bollywood diva rock a contemporary statement necklace with just as much poise. 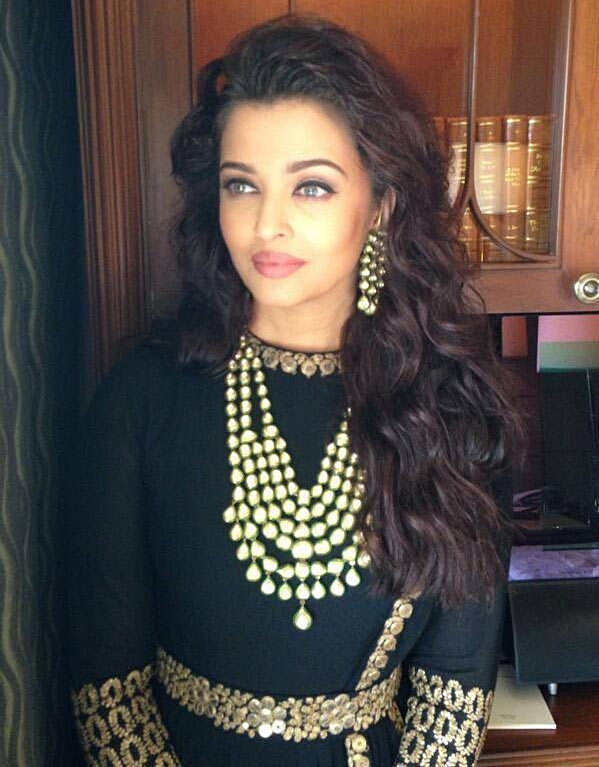 As far as red carpet appearances go, Ash is quite the golden girl.

The lady all set to make a comeback in Sanjay Gupta's Jazbaa is equally sparkly when it comes to making a statement in elaborate baubles for the brand she exclusively endorses. Every now and then Sonam Kapoor gives us a look and some serious bling (usually designed by her mother Sunita) to va va voom about.

Her recent stint at Cannes only reiterates it with aplomb. 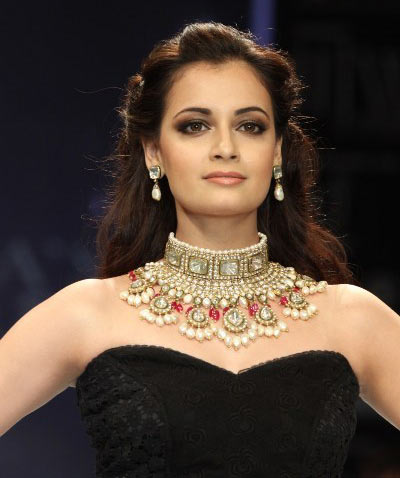 Dia Mirza's personal style is all about understated sophistication.

Doesn't mean the recently engaged producer of Bobby Jasoos has any trouble pulling off something like this eye-popping neckpiece on the ramp. 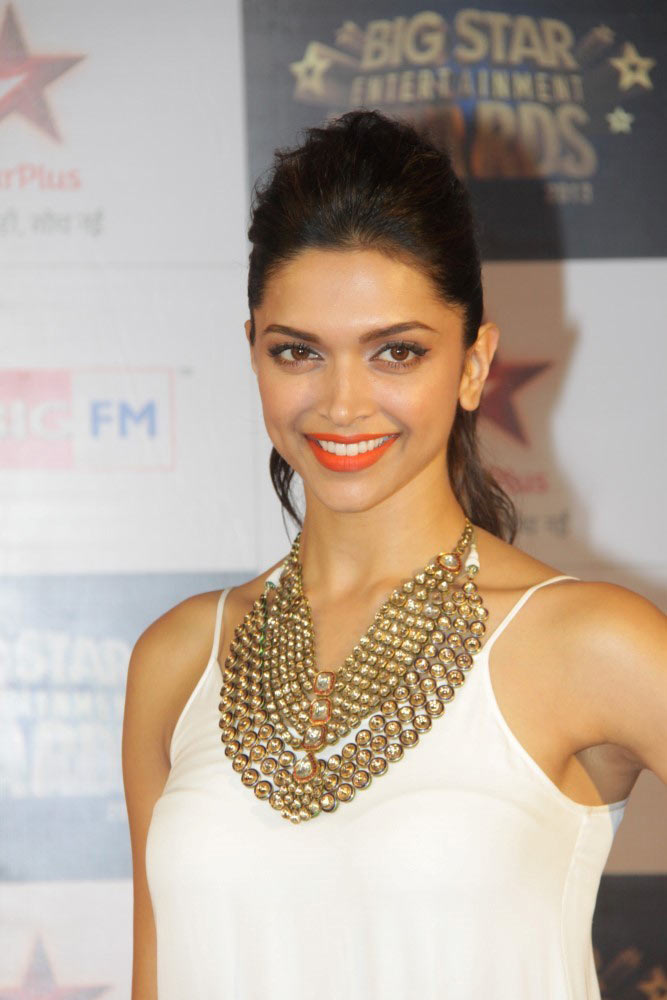 Take a minimalist outfit and embellish it with a heavy-duty polka necklace is one of Deepika Padukone's go-to mantra for instant glamour.

And we're certainly not complaining. 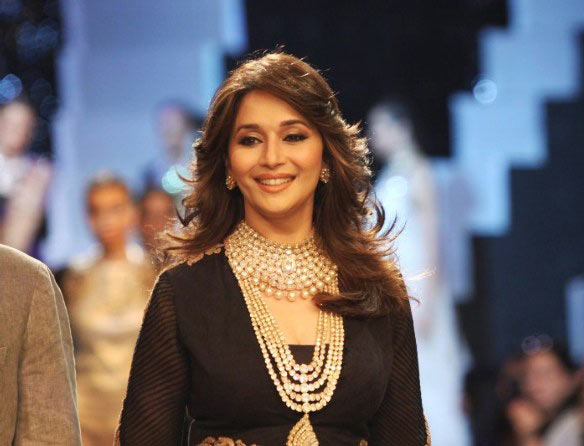 Hard to tell who outshines whom -- the actress and her million-dollar smile or the multi-string uncut diamonds adorning her dainty neck? 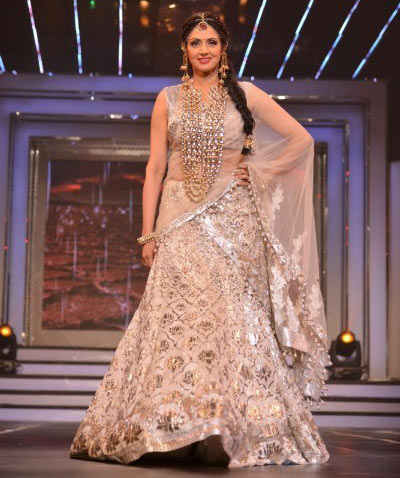 A far cry from her simple, sari-clad Shashi in English Vinglish, Sridevi returns to her statuesque superstar roots to model an enormous neckpiece during a movie event. 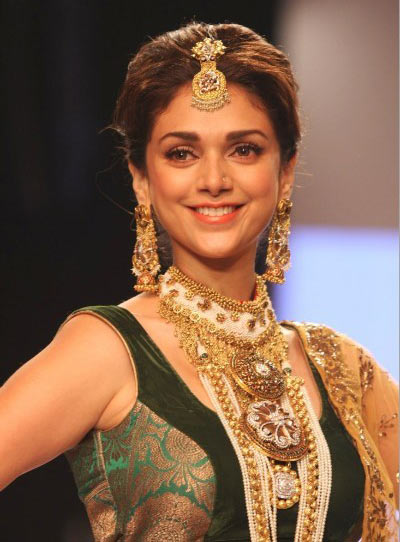 The fragile starlet doesn't seem too daunted as she beams up for the camera in what looks like an awful lot of bling. 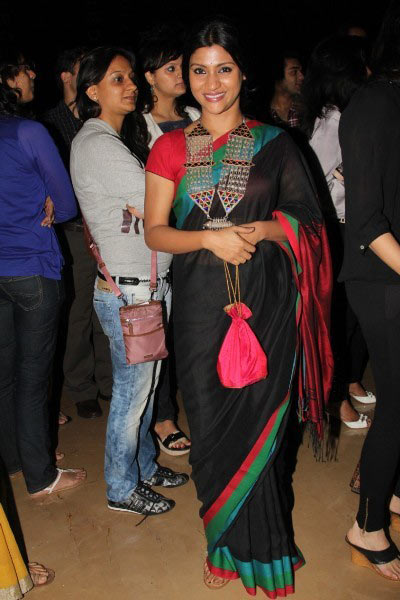 Always so impeccably turned out, the Goynar Baksho actress compliments her lovely woven silk sari with a striking silver necklace. 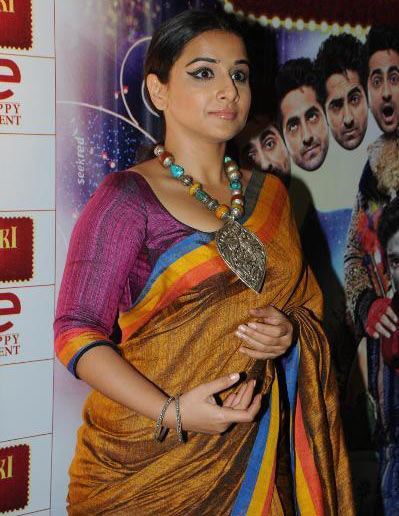 Call it predictable or safe, there's something easygoing about Vidya Balan's fashion sense.

And the sight of her neatly draped classic sari teamed with a prominent necklace or quirky earrings makes for a welcome change in a sea of skinny, western-wear obsessed heroines. 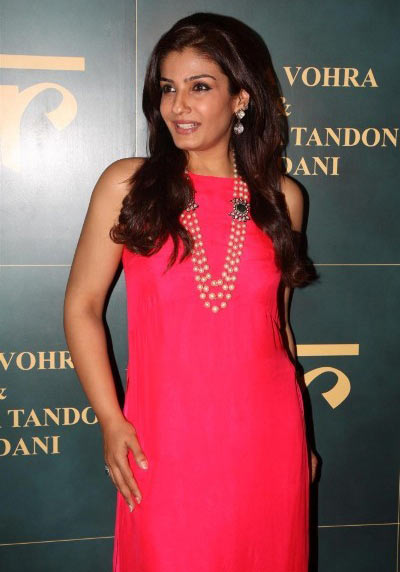 From the teenybopper whose hoop earrings became a huge rage after her debut Patthar Ke Phool to an elegant 39-year old all set to return on silver screen in Anurag Kashyap's Bombay Velvet, ravishing Raveena looks rather mast in her pink maxi and pretty necklace.