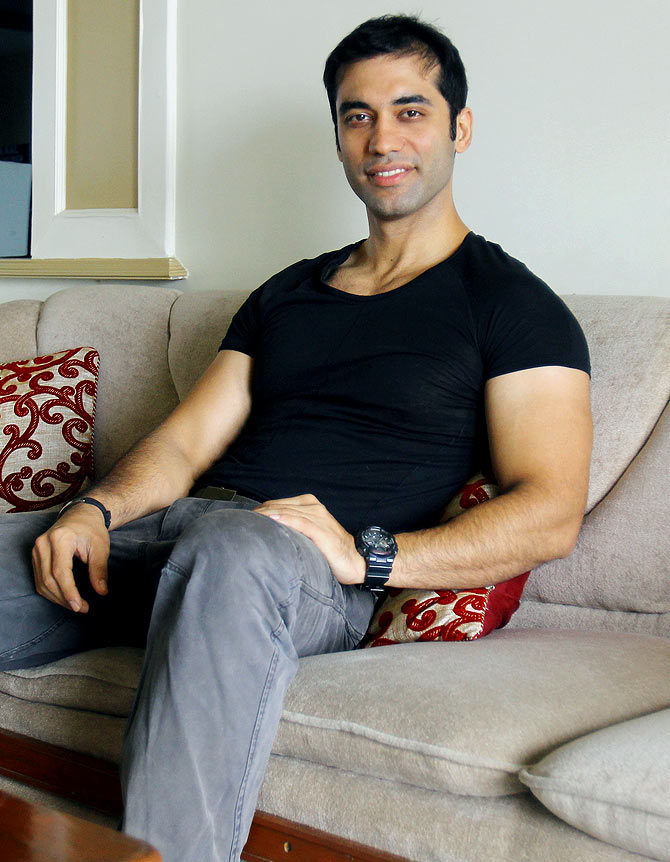 Actor Kushal Punjabi talks about his innings in the film industry.

It's not easy being an actor, especially if you have no Godfather in the film industry.

The actor has been a part of films like Don, Salaam-e-Ishq and Lakshya. Unfortunately, his latest film Rock The Shaadi, with Abhay Deol and Genelia D’Souza is stuck. Kushal had high hopes of this film in which he plays a major role.

Kushal speaks to Patcy N about how difficult it is to survive in the Hindi film industry, and how he keeps up.

I was interested in dance and theatre and was fortunate enough to watch Broadway shows at an early age since my father worked on a ship.

Films were never on the agenda.

It was always about performing on stage as a principal dancer, but in India we don’t have musicals. So then it was about modelling and choreographing. 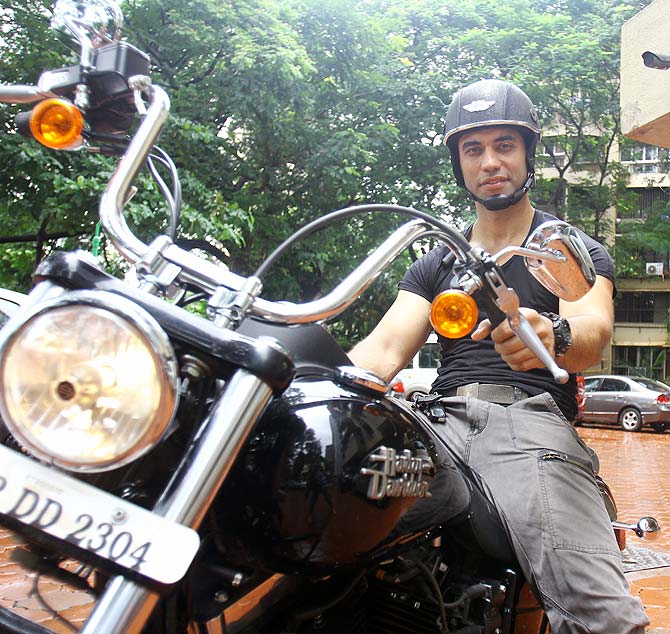 Devika Bhojani, the producer of A Mouthful of Sky, saw me at a party and told me they were looking for someone to play Milind Soman’s younger brother.

I did A Mouthful of Sky when I was really young. That was a three camera set-up; we had to memorise the lines and give the take. There were no cuts and retakes, unless it was a really bad shot. Most of the actors were models.

While I was doing that show, Morgan Khan from London told me they were looking for an Indian actor to play a role in a series called City of Dreams.

We shot a few episodes, but it never was aired. There were others actors from India on the show -- Saeed Jaffrey, Suresh Oberoi and Lisa Ray.

I wanted a proper job so I started working as a purser in Jet Airways for two years. I was also dancing at Shaimak Davar’s academy. 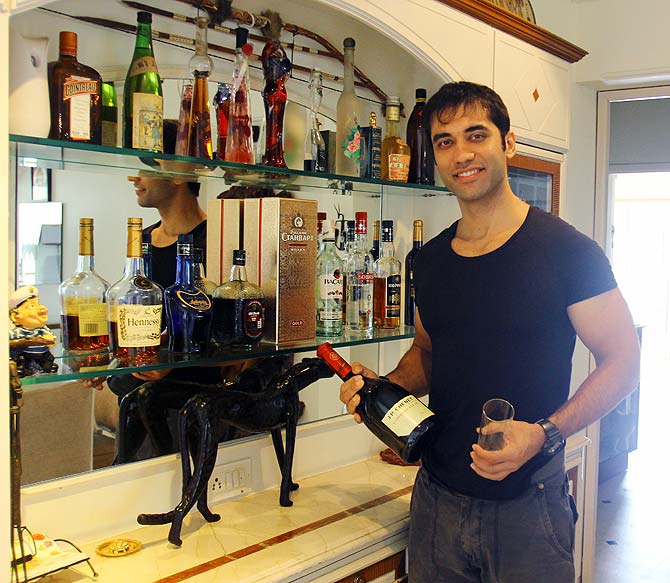 I got the chance to be a Gladrags contestant (beauty pageant). I did one of the sequences and Ms Maureen Wadia (organiser of the contest) really liked it. She offered me a show in Pune.

After that, she said I could handle the entire thing, and was very happy.

From choreographing came offers to do modelling for music videos, which was a big thing at that time. It was cheaper to call me because they would get a model, choreographer and dancer all in one and didn’t have to hire three different people.

When I saw Grace and Saturday Night Live on stage, I wanted to do that.

'I don't come from a very strong financial background' 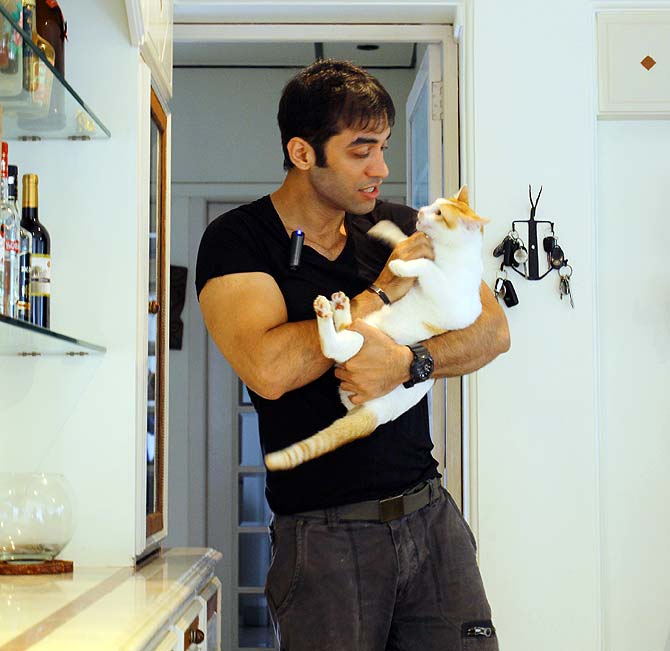 The day I decided I wanted to be in front of the camera, my struggle began.

Goldie Behl’s sister Shristhi is a friend of my friend Dimple Inamder. Shristi was casting for the serial Kabhi Haan Kabhi Naa and she asked me to audition.

This was the first time I had acted in a proper serial with professional actors. Our director Bhushan Patel taught me the art of comic timing. I found I had the flavour for animated comedy. I had done a small role in a serial Love Marriage before this.

I was just doing one show at a time because physically I couldn’t do more. Many people say that when you are young is the time to make as much money as you can. But I don’t believe in that.

My dad is 68 and still working. He enjoys every day of his life. I don’t come from a very strong financial background. I had a middle class upbringing. I was never a spendthrift. I was from Mumbai so the big advantage was that I didn’t have to pay rent.

'Soham Shah saw Lakshya and called me for Kaal' 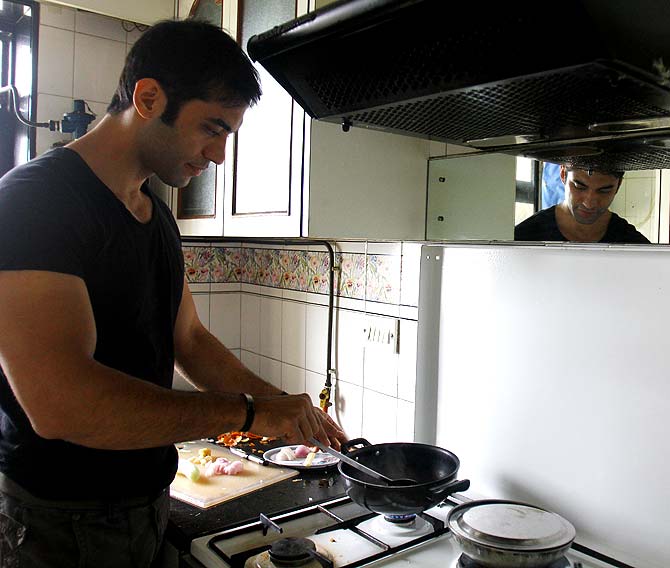 I did an English film called Bombay Boyz. I met the director Kaizad Gustad through Zoya Akhtar, who was production controller for that film.

Siddharth Malhotra, who owns Cinevistaa, met me in a gym in Bandra and he told me he has a role for me in a film Sssshhh...

Soon after Sssshh..., I got Lakshya, through a proper audition. Javed (Akhtar) and Farhan were casting because it was Javedsaab’s story and it was very close to his heart.

I got the role and they told me exactly how many scenes I had with Preity Zinta. It was very clear cut.

Soham Shah saw Lakshya and called me for Kaal at Karan Johar’s office. That’s how I met Karan. He was very helpful even though I was new.

In Dhan Dhana Dhan Goal, I had a big role but it got chopped on the editing table. I got a cameo in Salaam-E-Ishq.

'I gave up television for Rock the Shaadi'

My big break is Rock the Shaadi for Balaji Telefilms. I play the parallel lead with Abhay Deol and Genelia D’Souza. It is about Genelia and me in love and Abhay is the third angle, who comes between us.

It has stalled now. It is disappointing when your scenes are edited from the film, but it is part and parcel of the game. In Rock the Shaadi, I was given 11 more scenes after we started shooting.

I gave up television for Rock the Shaadi, but things went wrong and everything is stalled right now.

Navdeep Singh, the director of the film, is upset the most.

Right now, I am not doing any acting work. I deal in property and conduct high level property deals. I have a spa in Bandra. I keep myself busy with these things.

I love biking so I am part of a group that goes on long bike rides.

I had a pub called Watering Holes in Oshiwara. I ran it for two-and-a-half years, but it closed down.

I believe it is important to do other things and save for rainy days.