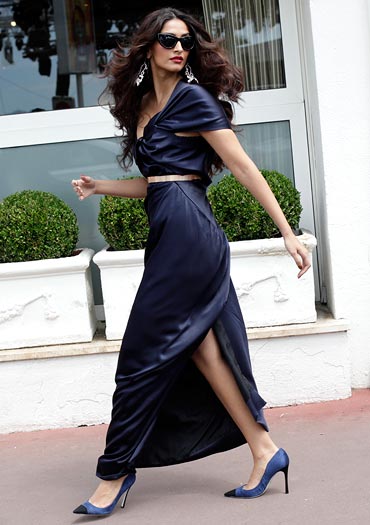 It was an unlooked-for opportunity and a 'milestone' in a way when an interview opportunity with Sonam Kapoor materialised.

I had met her grandfather, filmmaker Surinder Kapoor, in 2009 at his son, actor Anil Kapoor's residence, after he received the prestigious Dadasaheb Phalke award. It was a very interesting experience.

After the interview, which lasted more than half an hour, he asked me to give him company while he had his evening cup of tea. He talked about his knee problem and how, as a result, he had been forced to drop his daily walk. We spent another 45 minutes chatting about everything under the sun.

In the same year, I interviewed Anil Kapoor, who had just returned to India after participating in the Golden Globes ceremony. He was excited and proud that India had made a mark with Slumdog Millionaire at a global event. The memory of his childlike enthusiasm, and his happiness with his accomplishment, still brings a smile to my face.

I met him again in 2010 at the launch of the movie, Power. He was full of anecdotes for the media as he chatted about Aamir Khan, Inder Kumar and their relationship with each other. Anil Kapoor has a good memory and is a great storyteller.

Recently, I met his daughter, actress Sonam Kapoor, in the same house where I had earlier met her grandfather. For two hours, I waited in the same room where I had interviewed him. Then, she came in.

I will leave you to judge how the interview went: 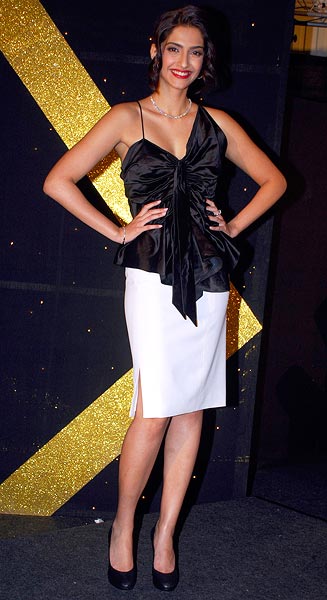 What made you take up Mausam? Isn't it a de-glam role?

I liked my character. I loved the fact that it was a love story. I wanted to work with Pankaj Kapur and Shahid. I wanted to play a character that had little depth in it. I like that it (her character) was subtle and had an old world charm.

I don't think I have played an extremely glamorous role in any of my films. Actually, I have played very simple roles obviously, though, they were diametrically different from other.

I play a Kashmiri girl living in a village in Malkud, so I can't be wearing a Christian Dior outfit, can I? It is a character that I am playing. I am actor first and foremost; I have to wear what my character demands.

Mausam is a romantic film. What is your idea of romance?

I think romance is the frills that come with love. Love is something that creates romance. Small things make things romantic.

A story with a happy ending story, with the white horse and castle. And a beautiful man who loves me to death.

I think it is possible in today's world. Love makes everything go round.

You said Mausam has raised the bar of your romantic expectation. What do you look for in a man now?

I look for someone who is a man's man, who has purpose in life. Who is extraordinarily idealistic and honest and not cynical at all.

'Love talking about love and relationships' 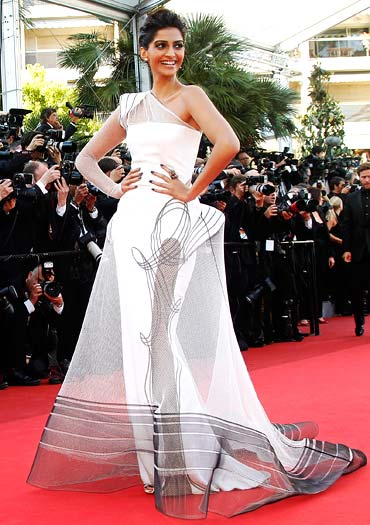 What was working with Pankaj Kapur like? Was there favouritism towards Shahid? There were reports of problems during the workshop preceding the shoot; apparently, you never came on time.

I don't think there was ever a problem with Pankaj Sir because it was his reputation at stake as well. He was just making a love story with two people. A love story cannot happen with one person; that doesn't work. So you need to make a movie with two people. I think that's what Mausam is about.

There wasn't any favouritism.

Do you think you and Shahid have great chemistry in this film?

I don't think anything. It is up to the audience to decide whether I have great chemistry with someone or not.

I think chemistry is not created between two people; the director, writer and characters create chemistry.

Is it true that, in every village you shot, you wanted to know the love stories of the villagers in that area?

I am a friendly person, so when I meet people, I talk to them about their lives. I have a conversation with someone anywhere I sit. I love talking about love and relationships because hopefully, one day, I will find someone for myself.

You play a village girl. What kind of preparation did you have to do for the role?

Well, I did a lot of workshops with Pankaj Sir; I watched a lot of films I read up a lot on it the usual prep every actor does. I worked on the body language, on the voice, the way the person dresses, everything

'Shahid and me are friends, so there is always that little bit of bickering that happens' 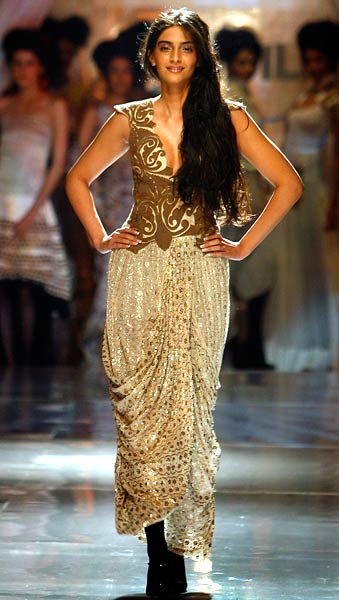 Why did Shahid say you and he share a love-hate relationship? Did you guys fight a lot on the sets?

He was making a joke. We are friends, so there is always that little bit of bickering that happens.

Was there fun times on the sets or was it too much of work?

I think it was both. It is like being in an office for a year and a half. When you are in office, you have to work but you can also have a good time, right? It is bit of both

You had to lose weight and gain weight for Mausam, since the film is the journey of a woman. How did you do that?

I dieted and I ate food like every normal person.

What is difficult -- dieting or eating food?

Are you happy with the way your career has turned out?

Yes, I am very happy. I have only been here for three years and everybody likes to put me in their papers and their websites like you are

I am talking about commercial success.

Last year has been a very commercially successful year for me; I have had two hits -- Aisha and I Hate Love Storys.

'I want to work with my father' 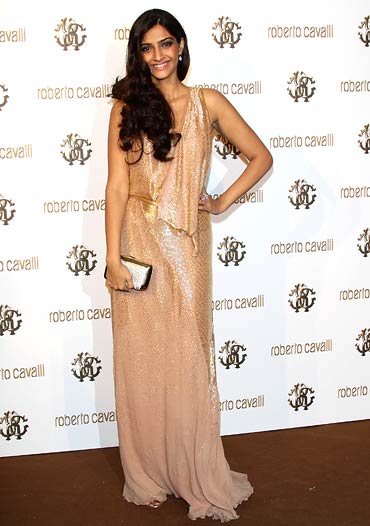 Do you want to work with your father? Have you been offered films together?

Of course I want to work with my father. Lots of scripts have come but there has to be something that is not typical.

Have you watched Mission Impossible 4 yet? If yes, what do you think of the film, and your father in it?

Your brother Harshvardhan also wants to get into films. Is he interested in becoming an actor or a director?

He is 20 years old so there is a little bit of time. In four or five years he will get into films. He is studying now.

What is the next movie your sister Rhea wants to produce? Are there any films in the pipeline?

I don't know. You have to ask her that.

'I am privileged because I am father's daughter' 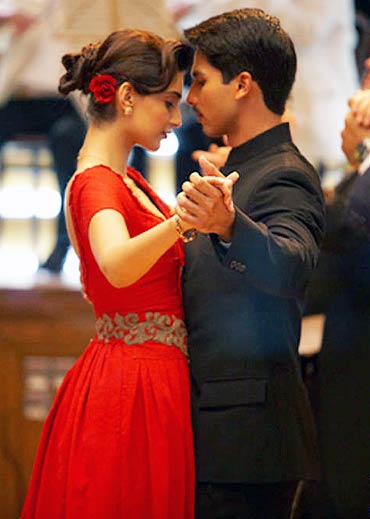 Mani Ratnam and Morgadoss are on your dream directors list. Who are the other directors on your wish list?

You've been getting into public spats with actor Abhay. You had a tiff during Aisha

I did not have any fights with Abhay Deol. My dad and he had a little bit of a thing.

There was the controversy caused by your comments on Koffee With Karan...

Is it difficult to be a star kid?

There are lots of expectations from you

Yeah, but it also makes my life easier

Do you think you are privileged because you are a star kid?

I am privileged because I am father's daughter and because he is given me everything in life.