Will She Be The Next Big Actress in Bollywood? 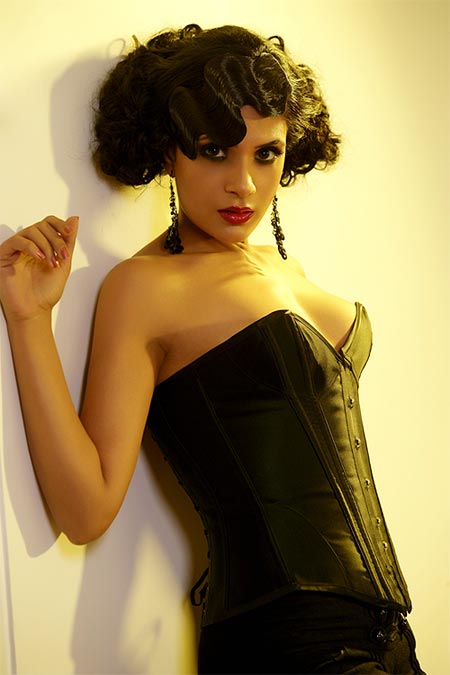 Those who have seen the brilliant Abhay Deol-starrer Oye Lucky! Lucky Oye! may remember the aggressive sister of the woman (Neetu Chandra) he loved.
Richa Chadda did well even in that bit role, and now, she's up for better things.
The actress has landed the role of lead heroine in Anurag Kashyap's much-awaited film, Gangs of Wasseypur.

She plays a young girl, who gradually ages up to the late 50s as the film progresses.

As Richa tells Patcy N, it was a very challenging role.

'I had actually auditioned for Dev D, but that part went to Kalki' 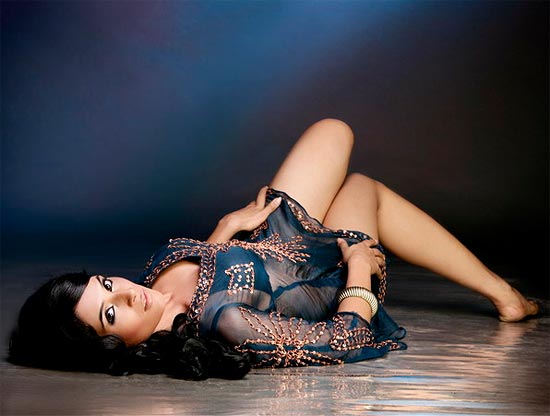 How did you bag the role in Gangs of Wasseypur?
I had actually auditioned for Dev D, but that part went to Kalki (Koechlin). Later that year, I met Anurag at the Goa Film Festival and he told me he wanted to work with me and he would give me a role in his next film.
I didn't take his promise too seriously because everybody promises newcomers work, but it doesn't happen. Fortunately for me, Anurag gave me the best female part in the Gangs of Wasseypur,
He is my mentor, I am proud that I am associated with the film. Although it was a very challenging part, Anurag did not ask me to audition for it.
What is your role in the film?
I play Manoj Bajpai's wife, a woman from rural Bihar. The film's time period is from the 1950s to 2005 and I had to age over the years.

'The film's backdrop is power in rural India' 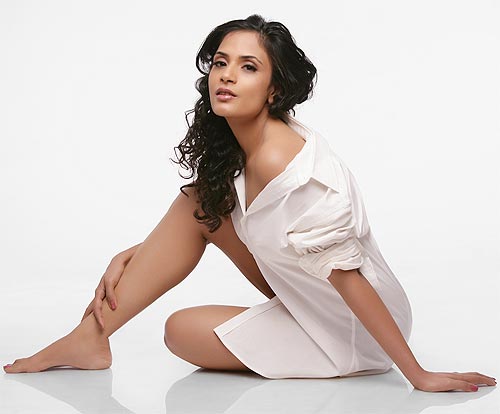 What is the film about?
The film is about the politics and money of coal mining in India. Bihar is very rich in minerals, but there is mismanagement of resources and corruption.
The story starts with a small spat between two communities that  carries on over generations. The film's backdrop is power in rural India, which comes not from what brand of clothes you wear but what kind of power you are backed with. 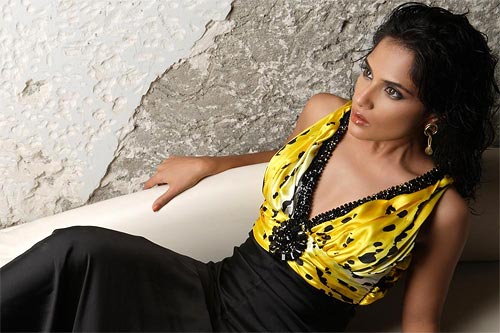 You play a young woman who ages in the course of the film. How does your character evolve and how did you prepare for the role?
I am quite young, so it was difficult for me to imagine somebody who has had kids, or to play a rural woman, as I have lived in cities.
I imagined the biological changes my character would go through. Suppose I have delivered four babies, there would be weight gain around the pelvis, there would be a change in the way I walk, plus my eyesight will change. I may not be able to see without glasses. Physically, I had to study these things and work on them.
Mentally and emotionally, it was more difficult because I am quite chirpy and lively and fun-loving, so to play a strong matriarchal character was difficult.
I just went by instinct. In my consciousness, I let a person develop who would behave in a certain way. I let my character tell me what changes I needed. I sort of entered my character's body. 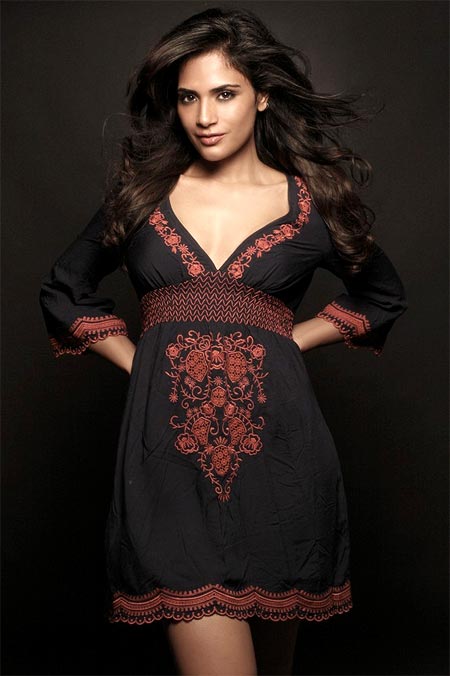 Did you have to make any physical changes, like gaining weight?
I did not gain weight for my role because we were shooting the film simultaneously back and forth. We had a very good make-up and prosthetic team who took care of my age difference in the film.
Is the film going to be released in two parts?
That decision is the producer's. We shot a lot of footage, but whether they decide to show it in two parts or release it in one part is their decision. 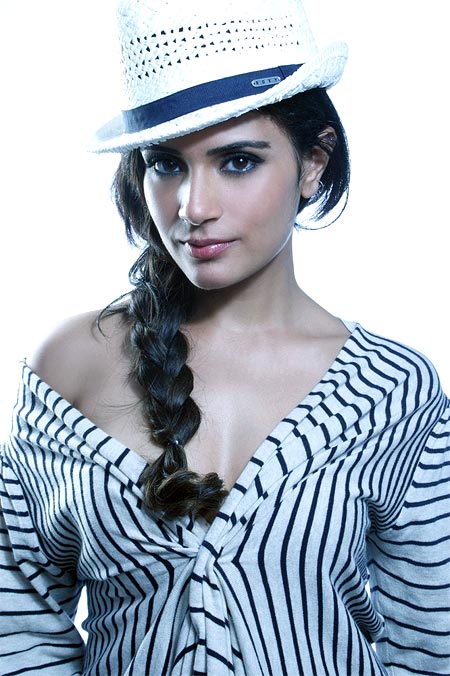 The film has been ready for some time...
It is a very huge film, with lots of characters and actors. Plus, there were many locations involved, and special effects that had to be done.
Anurag's films go on festival circuits and this one too is going to go on the festival circuit before it releases in theatres.
We shot in and around Benaras. We shot from December 2010 to February 2011, and then we did patchwork till July. The last day of shooting for me was somewhere in August. So the film hasn't been ready since long.

'I first liked Anurag's work when I was in class 6' 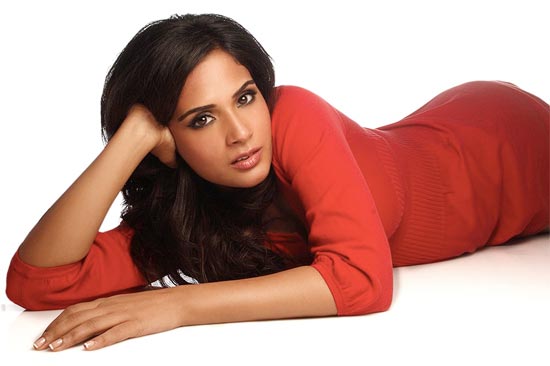 What was it like working with Anurag?
When I was a kid in class 6, I saw this one-hour telefilm on Star Bestsellers by Anurag called The Last Train to Mahakali, starring Kay Kay Menon and Nivedita Bhattacharya (now Kay Kay's wife). It was written and directed by Anurag. I loved the way it was told, it was unique and real.
I always knew I wanted to be an actress, but I did not confide in my parents. After seeing this telefilm, I told my father if I ever become a heroine, then I would like to work with this director. So in many ways, it is a dream come true because I really value him and his work.

'If you don't have talent, then you don't stand a chance' 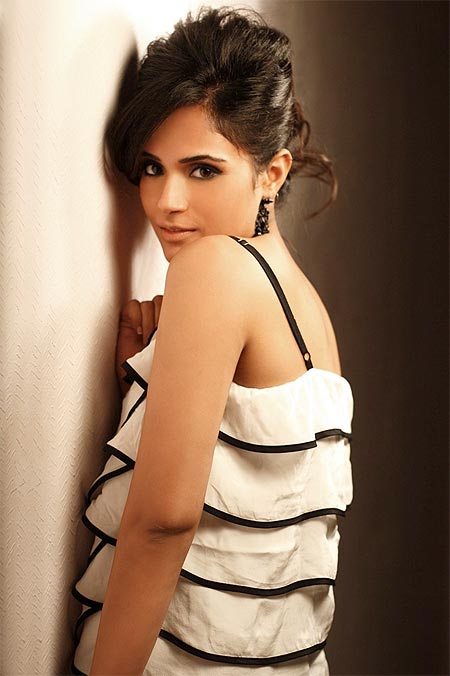 Your last film Oye Lucky! Lucky Oye! released in 2008 and your second film will be released this year. What did you do in between?
Oye Lucky! released in November 2008 and in mid 2010, I was signed for Gangs of Wasseypur. For me, the gap wasn't so much -- just a year-and-a-half.
In between I did theatre with my guru Barry John and I was busy with a Thespo production -- where the youth write, direct and do backstage work. I did a play with Khalid Mohammed called Kennedy Bridge.
I got some advertisement work and I also did 12 to 15 workshops to enhance my acting skills because there is no alternative to talent; if you don't have talent, then you don't stand a chance.
I am not a star kid, my parents are from Delhi, my dad manages a business, my mother is a professor, I have no filmi background, so if I don't have skills, I don't stand a chance in this industry full of star kids and people with influence. 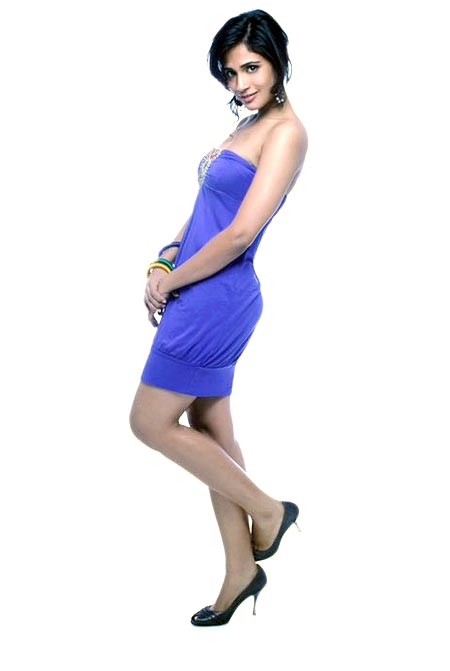 In one of your earlier interviews, you said you had a financial crunch before Oye Lucky! Was it the same in the waiting period between Oye Lucky! and Gangs of Wasseypur?
When I first came to Mumbai, there was a financial crunch. My family is well off, I had never travelled in public trains and buses but I did not want help from my parents because they couldn't understand why I wanted to go out and struggle so hard, and I wanted to prove to them that I could.
So when I first came to Mumbai, I was shocked that a tube of Colgate toothpaste cost Rs 58, I had a fight with the shopkeeper and accused him of trying to rob me! That was the cute phase of trying to take charge of my life
I did things that paid me like writing for magazines – in college I had done an internship with Man's World -- which helped me pay the bills and rents.
I started feeling the crunch in December 2007 and February of 2008 but I already had Oye Lucky! so I consider myself fortunate. I have seen talented people from the National School of Drama and other schools in the country struggling for 10-15 years.
After Oye Lucky!, it was pretty okay. I could even afford a car. People curse Mumbai because it is so crowded and so cut-throat but I feel Mumbai is a very giving and generous place. If you have a brain, you can make money here.
I started off living in a small house, which was lovely, but today I live in a two bedroom-hall-kitchen with a terrace attached and a lovely roommate.

'Tamanche is a love story with a backdrop of crime' 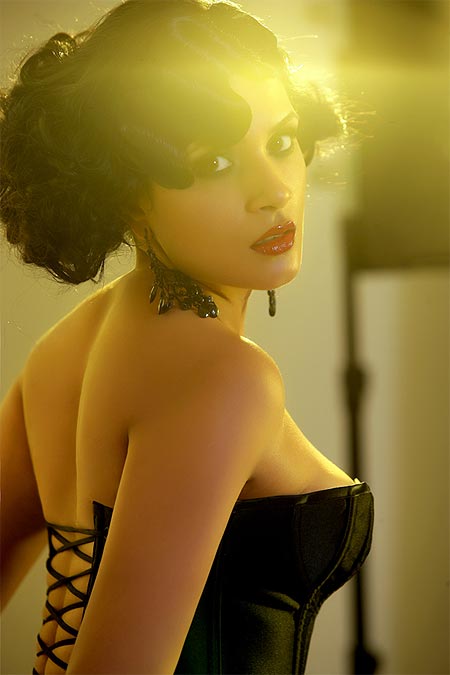 What are the other films in hand?
I am working on a film called Tamanche currently. It's from a new production house and directed by a new writer-director, Bharat Ratan. It stars Nikhil Dwivedi and me. It is a love story with a backdrop of crime.