RGV: I am almost a gangster myself 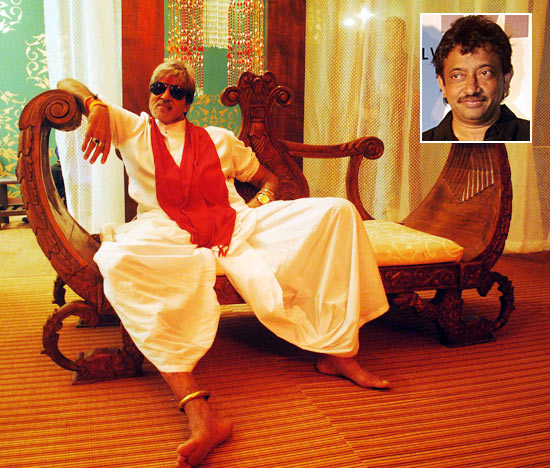 The present day Ram Gopal Varma is a man who prefers voicing his opinions over diplomacy. And that, unsurprisingly, has landed him in hot soup on more occasions than one.

His recent films may not have done well at the box office or even won over critics, but that doesn't bother him, "I make films that I believe in," the filmmaker proclaims.

In a candid interview with Sonil Dedhia, Varma talks about his upcoming film Department and why the underworld still excites him. He also talks about Nathalia Kaur and reasons out why item songs have become a necessity in films.

You recently tweeted that Amitabh Bachchan's role in Department is that of Nasty Sarkar. How similar is it to the character he played in Sarkar?

The hairstyle is similar. He is still playing a political leader though the background is different. And there is a certain intrigue in his character and from the context of the film you cannot make out whether he is a villain or a positive character.

His way of speaking is very crass compared to Sarkar. That's the reason I came up with the title Nasty Sarkar.

Recently there have been a lot of cop films. How does Department stand out?

This particular department is specially formed to tackle crime situations in Mumbai. So what happens among the members of the department is what the film is about.

Primarily, it is about the relationship between characters played by Sanjay Dutt and Rana Daggubati.

'I think Amitabh's best performance was in Nishabd' 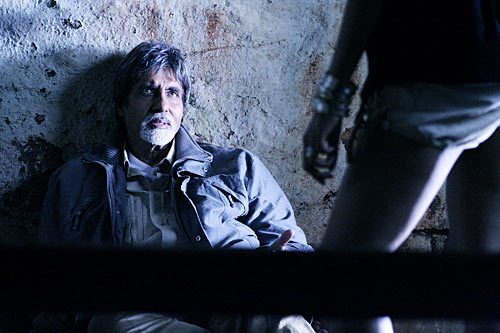 You have worked many times with Amitabh Bachchan. Have you found it difficult to convince him to play a role?

Fortunately, he trusts me a lot as a director. So far it hasn't happened that I've approached him for a role and he has said no. Sometimes the films have worked and sometimes they haven't, but somewhere he knows my commitment is there.

Which is Amitabh Bachchan's best performance according to you?

I think his best performance has come in Nishabd. People reacted to the overall film, but as a director I reacted to his performance.

'Item songs have become the face of films' 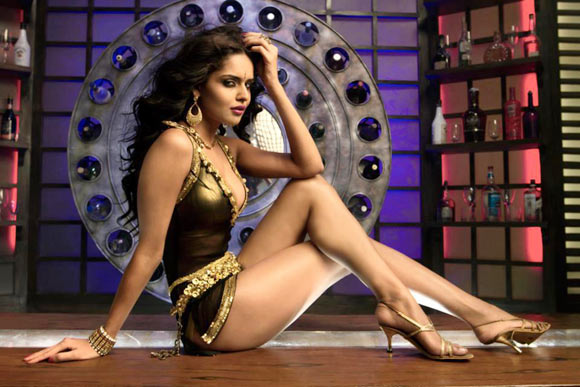 The item song Dan Dan is based on Aasai Nooru Vaga from the film Adutha Varisu (1983), which featured Rajnikanth...

This is a very old song -- perhaps around 30 years old. It's one of Rajnikanth's biggest hits. I have been a huge fan of that song, specifically in my teens, and I really wanted to incorporate that song in my film somehow.

I believe ideas never grow old; just the packaging and presentation keeps on changing with the technology and with time. So, the idea was to take the original idea of Illyaraja and to interpret it differently.

Do you think item songs are essential?

An item song technically is supposed to give you a high in the narrative and when it comes, you just feel a little bonus. It is not so much what the film is about.

But today, the item songs have become the face of the film. The other day I was shooting with this small girl for my film BHHOOoo (a sequel to Bhoot) I asked her which is the last film you saw and she said Chikni Chameli! (Laughs).

In the context of Department, the song comes in the situation.

'I wanted Sunny Leone to do an item number in Department' 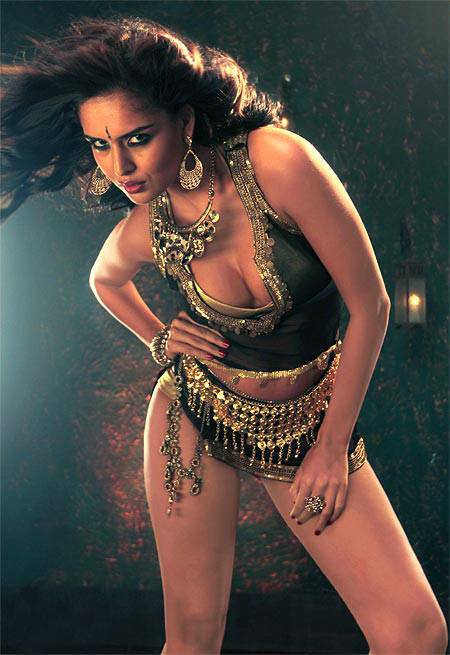 Why did you choose Nathalia Kaur for the item number?

I did not find Nathalia. I was at Puri's (director Puri Jagannath) place and he was auditioning girls for a film.

I was taken aback when I saw Nathalia. I thought of casting her in my film but I was not making any film where I could take her in the lead role and so I decided to cast her in an item song.

You seem to be promoting Nathalia Kaur a lot. Why is that?

The idea of promoting Nathalia is to promote the song. No film is made for the purpose of promoting an actor.

The campaign of the film is designed according to the film's USP, what the subject matter is, and what the design team thinks right. I think Dan Dan is the first item song I have shot after Khallas in Company.

The media is calling Nathalia your new muse. Does it bother you?

They write so much about me that if they don't, that starts bothering me.

'I have always been drawn to dark stories' 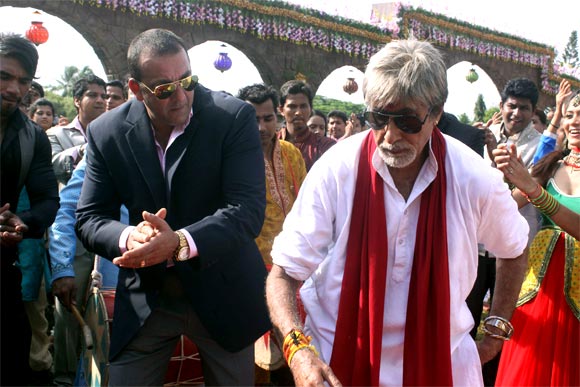 You have used the song Thodi Se Jo from Sharaabi, as a tribute that Sanjay Dutt pays to Amitabh Bachchan. How was that conceived?

This is the trend of remixing old songs.

I thought the song fitted Sanjay's persona really well and if you have to pay tribute, this is probably one of the best songs of Mr Bachchan.

Your choice of subject is always dark. Why?

I have always been drawn to dark stories. Simple people and simple stories bore me.

How would you define yourself?

I am almost a gangster myself. Just because I didn't have the guts to become one for real, I became a filmmaker to make films on gangsters (Laughs).

'Stars come with an image attached to them' 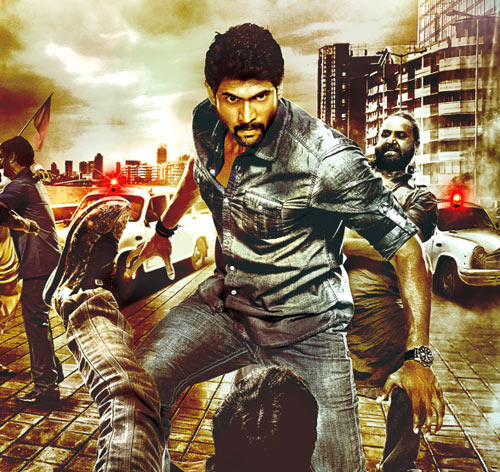 It's been said that your present-day filmmaking style doesn't quite match up to your earlier work. Do you think there's been a change in your sensibilities?

Time and again I have been maintaining that my job is to do the film to the best of my ability, and whether it works or not is never in my hands.

You work with stars and newcomers. Do you handle them differently?

Stars come with an image attached to them. They come with a certain background. You can only build up from the characters they have done in the past.

A newcomer becomes a separate character; you can make him more real compared to a star. You can make a Satya with newcomers but for a Sarkar you need a star.

'We will probably start shooting for Sarkar 3 in October' 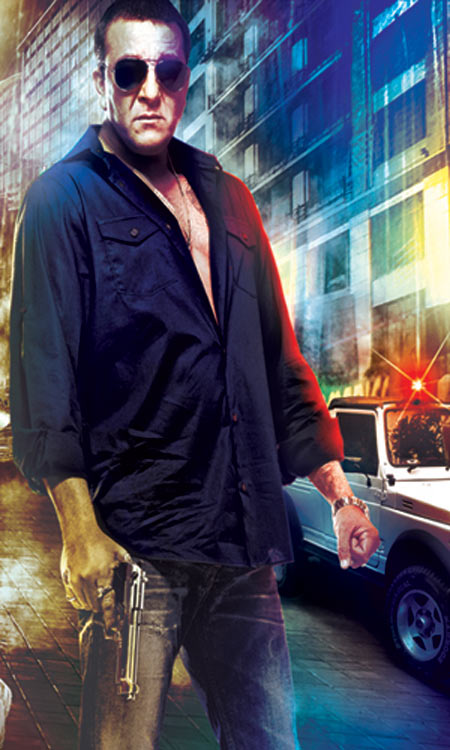 You are shooting for a sequel to Bhoot, which was released in 2003. Don't you think it's too late for a sequel?

This hasn't been a conscious decision to come after such a long time. I just felt like making it.

Is it due to the ongoing trend of sequels?

Not really. Come to think of it, I was among the earliest ones to make sequels.

Is it true that you have shot the film in 3D?

Yes, it has been entirely shot in 3D. I have finished shooting. The film stars Manisha Koirala but the main protagonist is a little girl and the film centres on her.

You have also announced you will make Sarkar 3.

The dates of shooting are not yet fixed. We should probably start in October.

Amitabh Bachahan and Abhishek Bachchan will be there. The rest of the cast is yet to be finalised. The script is still under progress.

You were also planning the Hindi remake of the hit Telugu film Businessman, with Abhishek Bachchan.

Yes, I have signed Abhishek for the remake of Businessman.

The film is set in a time when the underworld has completely vanished from Mumbai. So this man comes in and calls himself a businessman, as he believes crime is business.