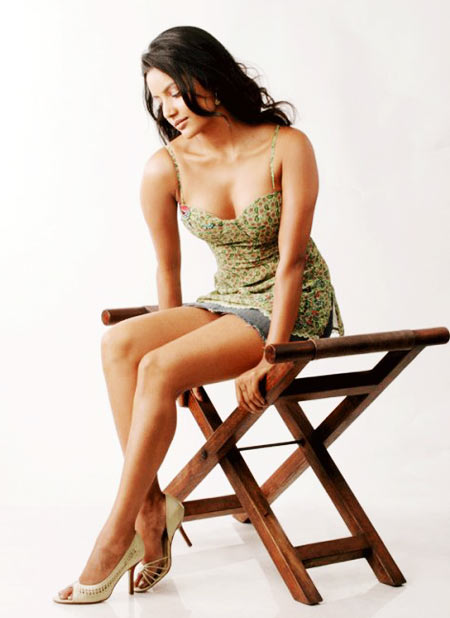 Priya Anand, who's acted in several Tamil and Telugu hit films including Vaamanan, Leader and Nootrenbadhu, first came to attention with Sridevi starrer English Vinglish in which she plays the jovial niece.

Now, the actress will soon be seen opposite Jackky Bhagnani in Rangrezz, which releases this Friday, March 22.

In conversation with Rajul Hegde, the actress talks about her career thus far in both the industries.

Did the appreciation for your role in English Vinglish help you to get more offers in Hindi films?

English Vinglish made me more confident as a performer. I am a huge Sridevi fan so I was like, wow, if I acted in front of her, I will have the confidence to act in front of anybody.

I auditioned and started shooting for Rangrezz and Fukrey even before the release of English Vinglish.

My confidence level has definitely gone up; when you start shooting with such great people, you keep learning and growing.

'At first, I thought it was ridiculous to talk in third person in the film' 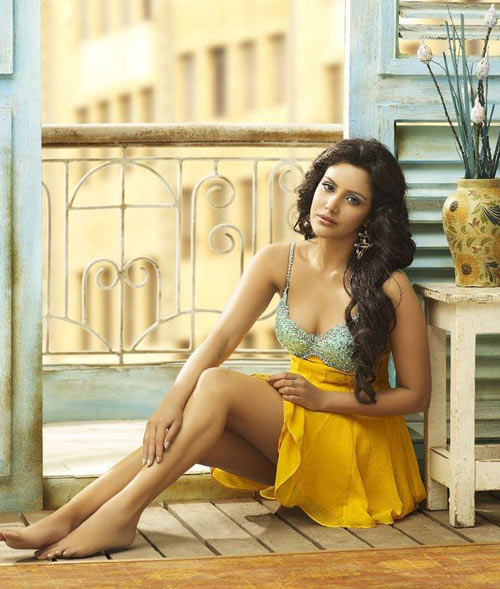 How did you bag Rangreez and Fukrey?

Casting director Honey Trehan called me for an audition in Mumbai. I came from Chennai for a day and gave the auditions on the same day for both the films.

I got a call back for Rangrezz a long time ago and halfway through the shooting of the film I found out that I had got through with Fukrey also. I was super excited because it was a double celebration for me.

What is your role in Rangrezz?

I play the role of Megha Joshi who is extremely hyper, full of life and fun.

She speaks in the third person. At first I thought it was ridiculous to speak like that. But Priyadarshan Sir has brought in a few different things to this character compared to the original or the remakes.

'I am a people's person' 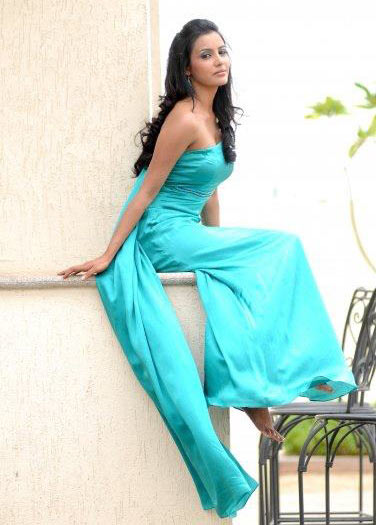 How much do you relate to your character?

I can always relate to the characters I play. I have lived in a village and in the US, so I have seen the broad spectrum of different lifestyles.

I am a people's person, always surrounded by people so I can relate to any character.

How was it working with Priyadarshan and your co-star Jackky Bhagnani?

Priyadarshan Sir is a legend for me. And coming from the south obviously I know his value. He is a brilliant director and gives enough space to us after explaining our characters.

I am like oh god, how did I get so lucky to have got the opportunity to work with Balki, Gauri Shinde, Sridevi, Priyadarshan and Santosh Sivan Sir.

I guess I have someone above watching over me (smiles).

Jackky was so fun to work with. We were the two most inexperienced kids with all the amazing talented technicians around.

'I said no to the audition call for English Vinglish thrice, I was scared' 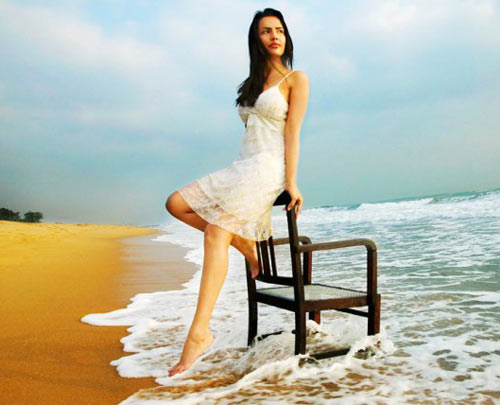 Is the South Indian film industry a stepping stone for actresses to enter Bollywood?

I find that disrespectful because I am a South Indian actress. I speak Tamil and Telugu and I am very proud of that. I dub for myself, I am one of the few actresses who do that. I dub in Hindi as well.

The South Indian market is a big market on its own. Obviously, Hindi films have a larger audience. But I don't see it as a stepping stone.

Any kind of movie experience is going to help in films. Maybe when you work in a different industry and come to Bollywood they get a new, fresh face but the experience is there.

Was Bollywood always in your mind?

Not at all. I was quite happy doing Telugu and Tamil films. I got an audition call for English Vinglish three times and I said no because I was scared.

Sridevi is my idol and I didn't want to embarrass myself in front of her and Balki, who is one of the biggest creative minds.

Finally, I got a call from a South director, Jayendra, with whom I was working. He told me that I have to audition for Balki. I was forced to audition and I couldn't believe that I got the part.

I have no godfather, no filmy background, no famous father or mother. It's I who did the best I could in my little world. I always had these wonderful people around, who gave me an opportunity that they think that I deserved. I think I have been really fortunate.

'Fukrey was more challenging than my first film' 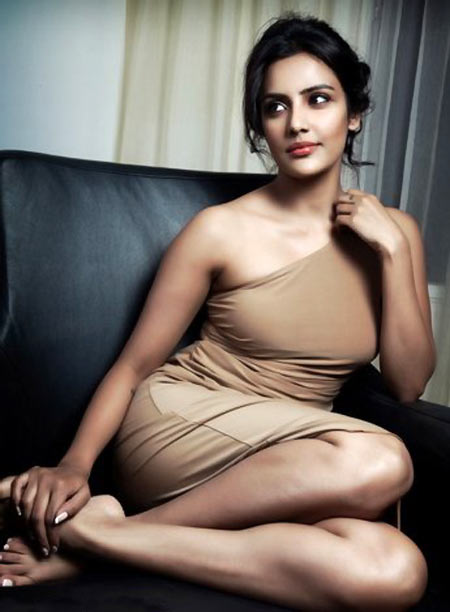 Any plans to shift base to Mumbai?

I don't know. I just got fortunate and it happened so fast. I am yet to understand it. It depends on Rangrezz and how people perceive me.

I live with my grandmother in Chennai -- I lost my grandfather recently -- and I don't want to leave her alone.

Can you talk a bit about your film Fukrey?

It was so exciting to work with Farhan Akhtar and Ritesh Sidwani (the producers) who wanted to take a chance by casting me. It feels like my first Bollywood film because I am not working with anyone from the South.

It's more challenging than my first film. I have to step out of my comfort zone and play a typical Punjabi girl. As a South Indian, it was quite a challenge to bring out the nuances of a Punjabi girl. So I am really kicked about it.

I am also happy to start the promotions for the film. My director is a genius and he has made me do things that are different for me.

Seven of us (in the cast) really had a blast. Pulkit (Samrat) is paired opposite me and he has been an extreme gentleman. 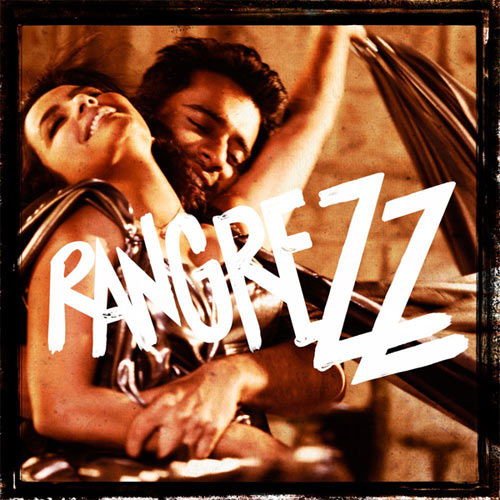 I am an only child. My mom is a Tamilian, dad half Telugu and Marathi. I grew up in Chennai and Hyderabad and then moved to the US. I left my family and friends there, and came to India to live with my grandparents.

I wanted to assist director Shankar but never met him until recently. When I met him I told him I had moved to India to work with him but became an actress instead.

He said, 'I don't take ladies'. That was the biggest shocker for me! It's been an amazing journey with people around me.

If these films work, will you say good-bye to south films?

Not at all. I am very proud that I am South Indian and work for south films. I would love to experiment with different languages also.

What's in the pipeline?

I have a couple of south films apart from these two Hindi films.