'My swimsuit gave way in the middle of the shot!' 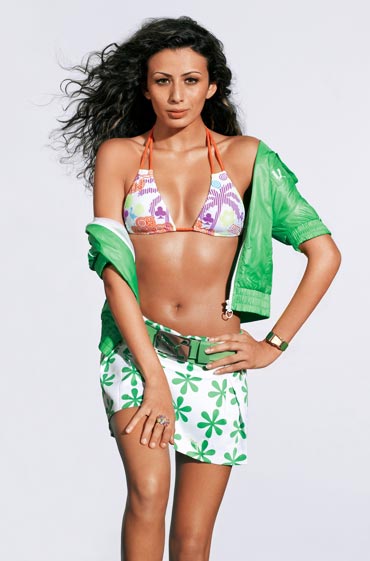 We've seen her on the ramp, on a music channel and in a season of Khatron Ke Khiladi. Now, you will see model-turned-veejay Pia Trivedi in this week's release Hum Tum Shabana.

Sonil Dedhia spoke to Pia, and asked her about her big screen debut, her hot item number and much more.

Your item number Thank you Mr DJ from Hum Tum Shabana is creating a lot of buzz. How has your family reacted to it?

My family loves it! My sister (model) Binal Trivedi is very excited about it. I have got a lot of positive feedback about it.

Munni and Sheila are now passe. Is your item number going to give competition to Kareena Kapoor's Chammak Challo from Ra. One?

(Laughs) If I can be put in the league of Kareena Kapoor, Malaika Arora Khan and Katrina Kaif, then why not?

This is your third item number in Bollywood?

Yes, the first one was with Abhishek Bachchan in Bluffmaster. After that, I did another item number with Abhishek in Mission Istanbul. He has been my lucky mascot. I hope to do a full film with him now (smiles).

'Minissha would come to me for tips on modelling' 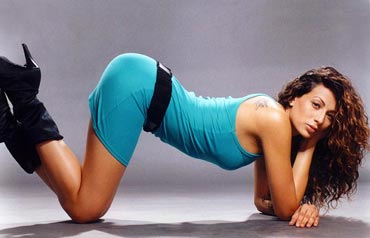 Why didn't we see more of you after Bluffmaster?

A lot of people have asked me about this. I did not get the right script. There was always something missing in the films or characters that were offered to me. Either it was a cameo or a role where the character was too loud or I was not comfortable with it. Things didn't fall in place for a long time. Fortunately, Sagar Ballary offered me something interesting.

How did Sagar Ballary decide to cast you?

Sagar told me that my stint as a veejay had left an impression on his mind and he wanted to cast me from a long time. The films that he had done before didn't have anything for me.

When he started putting Hum Tum Shabana together a couple of years ago, he thought that the character Rhea Dixit was totally me. He called me for auditions and within no time, I was a part of the movie

What attracted you to Hum Tum Shabana?

It was extremely important to be comfortable with your director, and Sagar and I connected instantly. My character is a supermodel, so it came naturally to me. My character Rhea takes part in a modelling competition and wants to win it.The star cast was fantastic. Minissha would even come to me and ask me for some tips on modelling.

So who wins the competition, Minissha or you?

I wouldn't reveal that. Wait and watch the film (Laughs)

'Katrina Kaif is my inspiration' 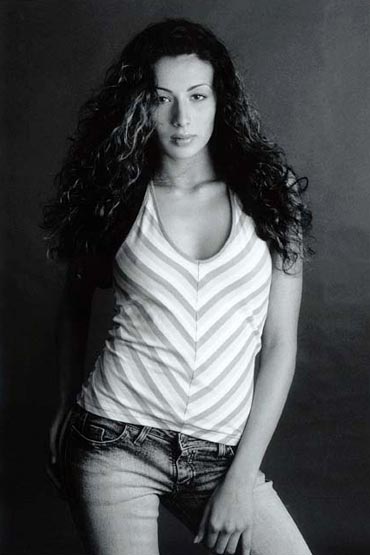 How true was the rumours that you had a wardrobe malfunction the sets of the movie?

While the shot was being taken, I was on a net and people were tossing me in the air. When I was mid-air, I realised that the knot had given way. As soon as I landed, I ran into my vanity van. People thought I had hurt my back. It was my first wardrobe malfunction and would you believe it that it happened on the sets of a film and not on the ramp (smiles).

Who has been your inspiration in films?

Katrina Kaif. She is not Indian and did not know Hindi. Yet, she managed to reach a stage where every actress would like to be. Apart from that, my biggest inspiration has been my sister, Binal.

How supportive has Binal been?

It was she who suggested that I do this film. She has always been a great support. She is the one person I ask before I do anything. She has been my pillar ever since the time I started working. I can confide in her.

'I think size hero is stupid' 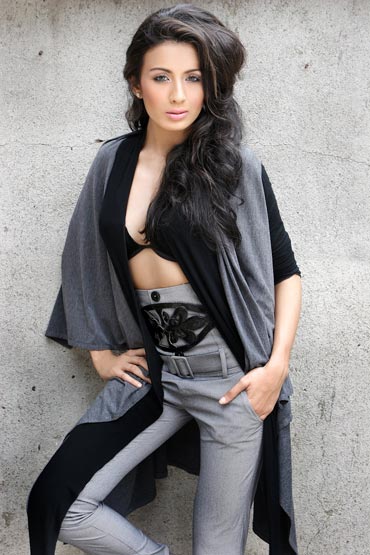 From modelling to veejay to an actress, was the career shift required?

As a model, you can't experiment much. We are bound to play in a certain space only. Nowadays, advertisements and branding is taken care by Bollywood celebrities and so the scope for modelling is very limited. I felt restrained and wanted to challenge myself and try something new.

Would modelling be on hold for the time being?

As of now, modelling will surely take a backseat especially in India. When I was modelling, I gave it all my attention. I don't like to put my hands everywhere. I think I gave modelling a fair shot. I have achieved what I wanted to and am very satisfied and successful. But acting was always on my mind. I may some television.

What would you say is easier: modelling or acting?

As an actor, the production house spoils you. Everything is at your service. Also, the respect that you get is far better.

As a model, what is your take on size hero?

It's stupid. I think no one should be size zero as it doesn't exist. The smallest size that you get is size two. If you are a size zero then you are very thin and there is no way your body is in proportion. I don't believe in it. 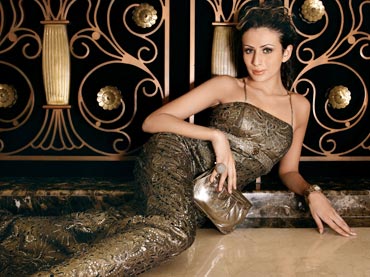 Have you experienced the casting couch?

No. Even if I face it later, my experience in modelling will help me to deal with it. There is dark side in modelling as well as Bollywood but it is up to an individual how he or she deals with it.

Have you encountered any of this in your modelling career?

The best part about modelling is that everyone around you is gay! From designers to stylists to the makeup men! It is the safest place to be for any woman. You can probably change in front of the designer and he will be least bothered.

Coming back to films, in one of the interviews you had said that you wouldn't put on weight to be a part of films down south. Does it hold true for Bollywood also?

No, I wouldn't do that. In the past, I had received a couple of offers from the south. I had almost finalised a movie but they wanted me to put on weight.

At that time, I was at the peak of my modelling career. If I had done that, my entire hard work and my career in modelling would have gone down the drain. I weighed my priorities and took a conscious decision to reject the film.