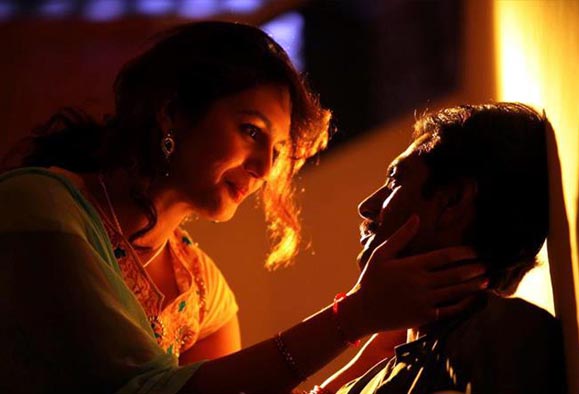 If we go by his film credits so far this year, actor Nawazuddin Siddiqui is on a roll.

After the success of Paan Singh Tomar, Kahaani and the first part of Gangs Of Wasseypur, the actor takes over from Manoj Bajpai as the protagonist in Gangs Of Wasseypur's second part that hits the marquee this Friday.

The actor tells Sonil Dedhia that he's a little nervous as much more is expected of him now.

There is a complete transformation in your character in the second part of Gangs Of Wasseypur.

People will love the transformation that takes place in my character in the film -- from being a shy guy who would romance from a distance to being a bindass lover.

'I always wanted to play a romantic hero' 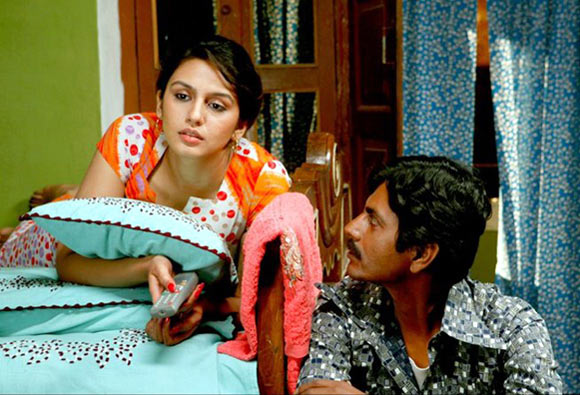 Did you enjoy playing the romantic hero?

I have never done any romantic scenes in films or my personal life (laughs).

Since you have never romanced on screen, how easy or difficult was it for you to do it for the first time?

I was very comfortable doing the romantic scenes because the amount of romance there was in my personal life is all there in the film!

I tried to incorporate the mannerisms of boys in Delhi flirting with girls. They will stand in the sun for hours to get a glimpse of the girl or send her a flying kiss.

This is a day-to-day romance which everyone must have encountered in their real life and I am sure people will be able to relate to it. 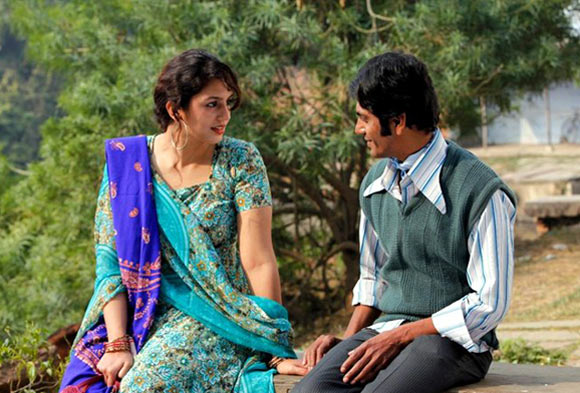 But you had to take permission from your co-star Huma Qureshi to romance her on screen...

The permission scene (in GOW-1) that you are talking about is inspired from my life. Back in 1993, I was studying in Delhi and I had a girlfriend. I had never touched a girl before that in my entire life.

One day I decided to go out with her to a garden. We were sitting beside each other and I just glanced around to see if anyone was looking at us and I put my hand over hers. I thought love started in this way.

She got very angry and told me that it was illegal and I should have taken her permission! I was scared and depressed. She pacified me and then everything was all right.

Anurag thought to include this in the film. There are some scenes in the film that are inspired by my real life.

How romantic are you in real life?

I have fallen in love so many times. If one relationship ended I would search for another girl. I was always madly in love with all the girls that I dated.

I believe everyone is mad when they are in love and I don't think that can ever end.

'I feel romance has completely vanished from my life' 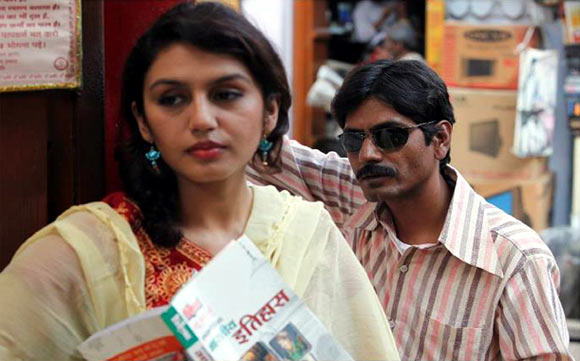 What is the most romantic thing that you have done for your wife?

I have been married for more than two years and I don't think I have done anything very romantic for my wife. I feel romance has completely vanished from my life (laughs).

She stays in Dehradun and in the past two years I have been very busy with my shooting. She always complains about my busy schedule.

What do you have to say about the kind of romance that is shown in our films today?

I don't understand the kind of romance that is shown in our films today. Most of the time there is a beautiful looking guy and girl and they fall in love with each other. It is obvious both are beautiful and will love each other.

Romance is between a pale ugly looking guy who falls in love with a beautiful girl. This is where conflict happens and that is how love blossoms.

'I would like to romance Malaika Arora Khan on screen' 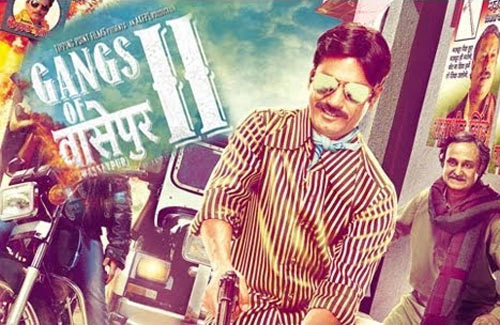 Can we see you in more romantic roles?

I would never do meaningless song and dance sequences. You will never see me dancing around trees chasing a heroine. If I am expected to play a dancer, I will learn dancing.

Is there any actress you would like to romance on screen?

I would like to romance Malaika Arora Khan on screen. She is a wonderful actress and I feel filmmakers have not been able to extract a great performance from her.

Has your success affected or changed your acting in any way?

I have become more conscious about my performance but my acting has not been affected.

Whenever I feel that people are giving me a lot of attention and importance I go and travel in a local train. When people push and fight and abuse I realise that I am the same Nawazuddin Siddiqui who came to Mumbai and has struggled for so many years.

'I am happy that people are finally noticing me' 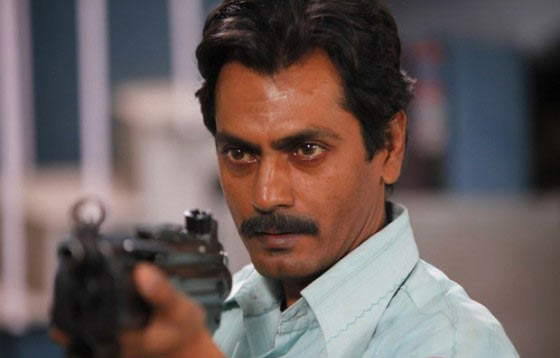 GOW-1 was a big success. Is there more pressure on you for the second instalment of the film?

Yes, I am under real pressure as this is my first film as the lead. Audiences have really loved the first instalment of the film, which adds a lot of pressure.

I would like to thank Anurag for it. He is very stubborn and insisted I play this character. He took the risk of casting an unknown person like me in a commercial film and it needs real guts to do that.

Is there a fear at the back of your mind about failing?

I failed so many times in the past that the fear of failing doesn't exist for me.

After the success of my films like Paan Singh Tomar, Kahaani and GOW people have started recognising me and have a lot of expectations from me. That does scare me a little now.

I have always been a shy person. I would sit on the last bench in school. When I was performing on stage I would immediately leave after giving my performance. I was afraid people would criticise my work. I couldn't face these situations.

At the same time, I am happy that people are finally noticing me.

Will you be more selective in choosing your films now?

When I came to Mumbai to become an actor I struggled a lot.

I have been a part of C-grade films and have also been a part of the crowd in a lot of advertisements. As I got better films I became very selective about my work.

I will continue to be selective and will work with like-minded people.