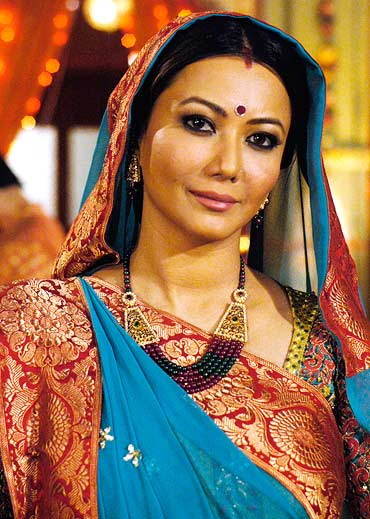 Nausheen Ali Sardar, best known as television's Kkusum, is making her small screen comeback on Imagine's Beend Banoonga Ghodi Chadhunga, a family drama about two people caught up in the web of traditions and rituals.

The actress, who had quit TV to chase her Bollywood dreams, talks to Rajul Hegde about her role, her failed films and her love life.

You are making a comeback on television after five years. Is it difficult because people still remember you as Kkusum?

There are many actors who start from scratch after making a comeback. It's encouraging to make a comeback when the audience still remembers you for your previous role. People didn't see me on TV because I was doing Vikram Bhatt's film Three -- Love, Lies and Betrayal and theatre.

What happened to your other four films?

I have no clue about it. I have lost hope that they will ever see the light of day.

Do you regret doing films?

No. For any TV actor the next step is films. There is a limited time for an actor to get into films. Since I was young and at the peak of my career I thought it was the right time to give it a try. I tried my best, but it didn't work, so I have come back to television.

'My character has shades of black and white' 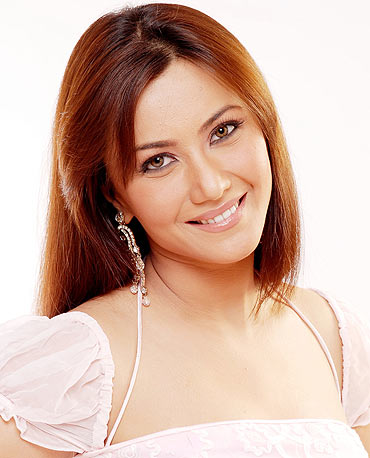 How does it feel to be back on TV?

Great! It brings back memories of shooting for long hours, travelling and preparing for the roles. I was supposed to do a show on Zee TV, but something went wrong and it got shelved at the last moment. After that I got an offer for this show. I agreed to do it because I have a powerful character.

You played the title role in Kkusum, which made you a household name. Did you have apprehensions about playing a mother to the grown up children?

I will look like how I look in real life and play my age. Neither am I using any whitener, nor am I looking old in the show. It is one of the important roles in the show and I am not just playing a mother. There's a triangle between the protagonists and me. My character is not a negative one, but has shades of black and white. My son falls in love with a girl who wants to be a doctor. The conflict arises when she marries into a family where women are not allowed to work.

Are you comfortable with the Marwari dialect?

'Prashant Chainani is the man of my dreams' 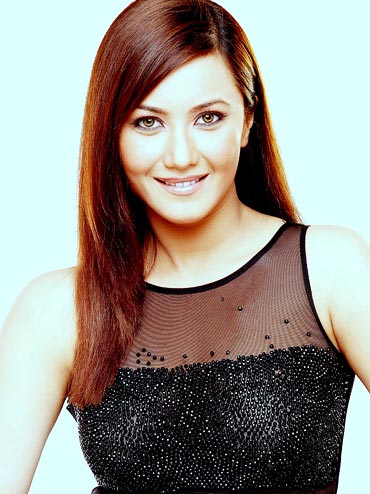 Are you open to reality shows?

I like singing and dancing. But I can't be part of a dancing show because I can't dance. I love singing, so I may take part in a music reality show. I love being part of adventurous show like Fear Factor; I was part of it when Mukul Dev hosted it. I am not comfortable doing shows like Bigg Boss because you are completely exposed and the aura of an actor is lost.

Tell us about your production house.

I have started one with Mesmerise Productions and have begun with a show on Doordarshan.

What is happening in your personal life?

Prashant Chainani and I have been together for four years. He has been my best friend and the man of my dreams. He loves me like crazy and I love him truly and deeply.