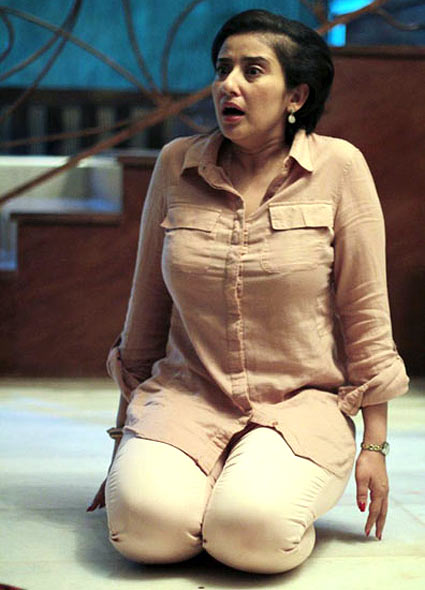 Manisha Koirala returns to the big screen with Ram Gopal Varma's Bhoot Returns, a sequel to the 2003 hit film Bhoot.

The actress tells Sonil Dedhia why she returned chose to take a break from her film career, what made her come back and why she chose a horror film.

Were the problems in your personal life the reason for your return to films?

That is one of the reasons. But while I was away, I realised how much I loved cinema and missed acting.

It's more for the passion of cinema than the troubles in my life. I would have definitely done a film even if it were some other director, provided I liked the script.

Once an actor is out of sight for a considerable time, it isn't easy to return to films.

I don't agree. It might be true for other actors but not for me. I believe people get whatever they want.

'I want to do a limited number of films' 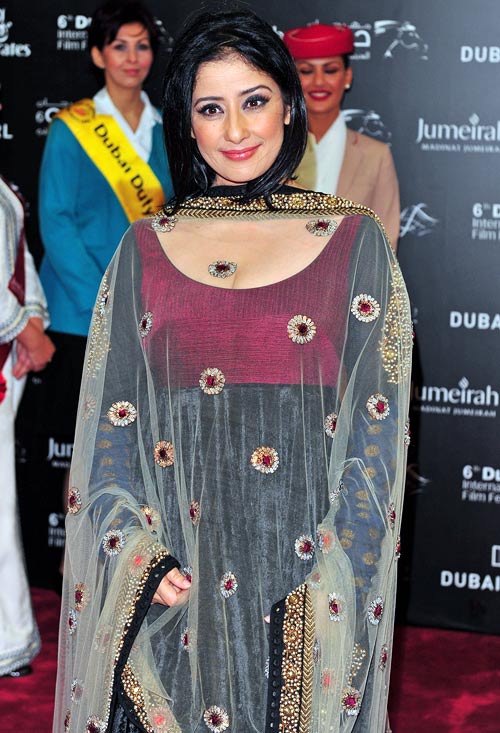 Why choose a horror film for your comeback, when there is a limited audience for it?

It's not a comeback. I love cinema and acting but I have other commitments too. I never disappeared anywhere. I finished a couple of other projects.

At the same time, I have decided that I want to do a limited number of films. As an actor, I want to do something that I have never done before and Bhoot Returns gave me an opportunity to do a horror film.

Was Ram Gopal Varma the reason you chose this film?

I adore working with Ram Gopal Varma. I did Company with him in 2002 and we have been friends since then. I like his style of cinema.

People criticise his style of working, but for me, he will always remain one of the finest directors I have worked with.

Also, I had never done a horror film in my entire career so that was an added reason for doing Bhoot Returns.

Do you get scared easily?

Just a couple of days back, when we had a trial show of our film, I had tweeted about whether I would get scared watching it, and I actually was! 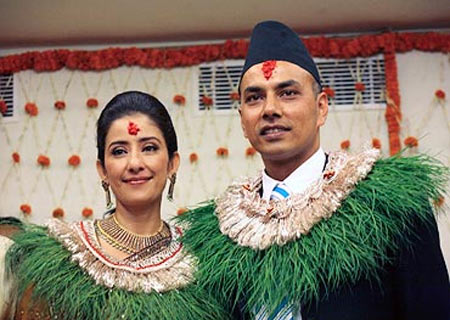 You say you're not making a comeback, but there's this trend of actresses getting back to films. Does that bother you?

I don't get pressurised and feel bad to disappoint the audience. I am not going to sign every film that comes my way.

As I said earlier, I will do limited work and will choose scripts that I love and that challenge me as an actor.

Was it a deliberate decision to move away from films?

Yes. I had done 70-odd films and towards the end of that phase of my career I was getting bored with my work. Some people can continue working all their lives, which is perfectly fine.

I started feeling numb about following the same routine every day so I started withdrawing myself. I was not happy with the kind of films I was doing.

I decided to go to New York for six months where I did a filmmaking course. I stayed in Paris for some time before going to Nepal.

I purposely decided to stay away from the media and the people related to the industry.

'Today, anyone can become a superstar' 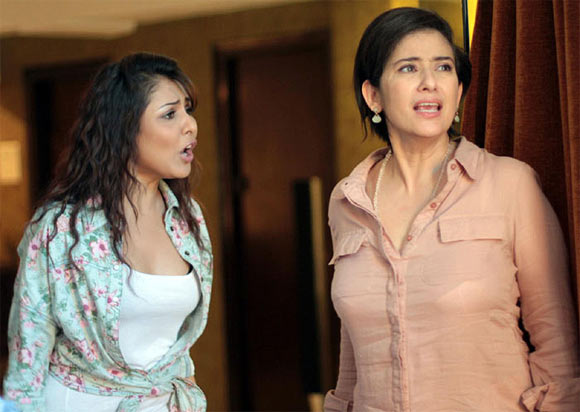 I have learnt that whatever we desire, it automatically happens. It was as easy to come back in a film like Bhoot Returns as it was to leave the industry. I started making some wrong choices and in the process did some films that I should not have done.

I feel bad for the people, including the media, because they expect me to be back in full form, which cannot happen now. I will not do a bad film intentionally. Today I would say no to more films than I did earlier as I want to do limited work.

I do not have the energy and drive that I had 20 years ago. Earlier, it was nothing but acting, but now my interests vary. I love to spend time with my family. I might even produce or direct a film.

Films used to be either commercial or art films. Today, that demarcation has completely vanished. Films like Kahaani and Vicky Donor have done so well. Today, new directors are the most sought after.

I saw Vicky Donor and really loved Aayushman (Khurana) in the film. I adored Parineeti Chopra in Ishaqzaade. She is very spontaneous. There used to be a handful of actors who were superstars but today anyone can become one.

You have also taken to painting and writing. Any plans to make a career out of it?

There are lots of things to be done. But one at a time (smiles).