Lisa Marie Presley: I wanted to save MJ 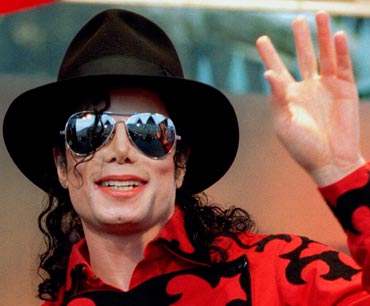 The biggest music legend of all time -- Michael Jackson -- died on June 25 in 2009. While fans, friends and family expressed their grief through various mediums and ways, it took MJ's ex-wife Lisa Marie Presley more than a year to come to terms with his shocking death and talk about it.

Last October, Lisa sat down with Oprah Winfrey on her popular talkshow and for the first time talked openly about her relationship with Michael Jackson and various other facets of the late singer.

We present here, excerpts from the interview that's set to air for the first time in India at 9 pm on Big CBS today.

The star-crossed love affair between Elvis Presley's daughter Lisa Marie and Michael Jackson started in 1993. What began as friendship bloomed very quickly into something more. And in 1994, Lisa Marie shocked the world when she married Michael Jackson. Just a year and a half later, the marriage was over. They had not spoken for nearly a decade when Michael was found dead in 2009, at a rented home in Los Angeles.

Oprah Winfrey: You've not spoken about Michael Jackson since his death other than the blog that you did.

Lisa Marie Presley: Right, and I really didn't speak well. When I see previous interviews, I'm barky and I tend to want to skirt out of it and I would find quick, little exits defensively out of it.

But the rest of the world, I think, thought it was a big staged publicity. Do you understand that now?

Lisa: I completely understand. I do because to some degree, he was a master at manipulating a little bit with the media. Nobody really knew who I was, so they just assumed that I was going along with something that he would be doing.

Oprah: Where were you when you first heard?

Lisa: I was in England. And I don't know why, but it was the strangest day of my life. I was crying all day.

'Ours was a normal marriage in every sense' 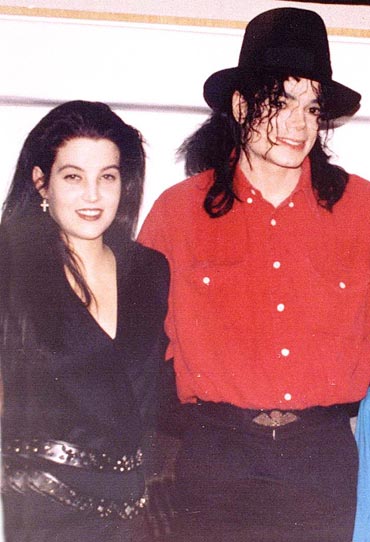 Oprah: What was your first reaction?

Lisa: Real, honest-to-goodness shock. Not even tears, just -- you know, I was floored, honestly floored.

Oprah: The next day after Michael's death, you posted very emotional thoughts on your blog. What made you do that?

Lisa: I think I was just rocking a baby to sleep, and I was just in floods of tears and I thought -- I don't know. I had a moment of clarity. I realised in all this bitterness I thought I had and, you know, and indifference and -- it was no longer there.

Lisa: Honestly, I didn't really suspect and catch on until just before I filed for divorce. You know, there was just an occasion, an incident where he had collapsed and he was in the hospital.

Oprah: Was it the kind of marriage where a lot of things went unsaid or unspoken, or did you feel a sense of intimacy and connection that you could ask him anything?

Lisa: I honestly can tell you that it was in every sense a normal marriage, and everything was spoken and, you know, in the middle of the night, if he needed to wake up and tell me and bounce something off me, he could do that.

'MJ was afraid he'd end up like my father Elvis Presley' 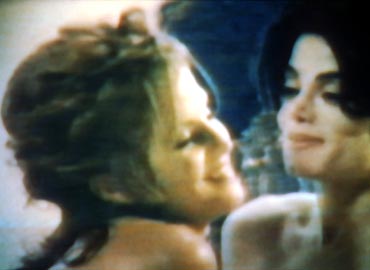 Image: A video grab of MJ's You Are Not Alone featuring MJ and Lisa Marie
Photographs: Getty Images

Oprah: Did you feel like you were, in many ways, a nurturer, a caretaker for him?

Lisa: Very much. And I really loved that role and I loved taking care of him. It was the highest point of my life.

Oprah:  Why did the marriage end?

Lisa: There was a very profound point in the marriage when he had to make a decision. Was it the drugs and the sycophants or me, and he pushed me away.

Oprah: Are you struck between the parallel in your father's life and Michael Jackson's life, your father and your former husband?

Lisa: Yes. It really blows me away. I still try to figure out what is it that I had to go through it twice where these two incredible people in my life had to go like that.

Oprah:  I thought it was interesting when you wrote the blog the day after Michael Jackson's death. You titled the blog "He Knew." What did he know?

Lisa: When I was watching the footage of the ambulance backing out of the driveway and I went back to this conversation that I had with him at Neverland in the library. We were sitting by the fire, and he was telling me that he was afraid that he was going to end up like my father. You know, he was always asking me about when he died and how it happened
and when it happened and where...

'He feared certain people would harm him for his estate' 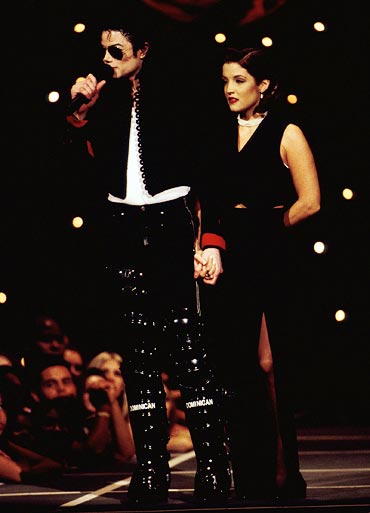 Oprah:  How did he ask you to marry him?

Lisa: We were in the library in front of the fire, and he pulled this giant 10-carat diamond out of his pocket and put it on my finger. I think he got on his knees, as well, and proposed.

Lisa: And at the time he proposed, did you think that it would be forever?

Lisa: I did. You know, I did, and when I was younger, I can honestly say that you can think like that and believe that.

Oprah:  Did you ever feel manipulated in the relationship?

Lisa: Sometimes, but he knew I didn't love that, and he was okay. He got it. He needed to do his thing. I would be there uncomfortably, like the MTV thing. Once when we went off stage, his hand had turned blue because I'd squeezed it so hard. I did not want to do that. It's not in my nature to do that sort of thing, but I understood it. As his wife, you know, I needed to do some things like that.

Oprah:  I can't remember the exact month you all divorced, but you divorced, and several months later -- I know by October -- it was announced that Debbie Rowe was pregnant. How did you feel about that?

Lisa: Well, I knew it was a bit of a retaliatory act on his part because I didn't have a baby. And I know that she was there the whole time telling him she would do it, so.  He would tell me. He would come tell me. "If you're not going to do it, Debbie said she'll do it."

Oprah: So you still loved him even when you left him?

Lisa: Very much. I left him to sort of stomp my foot into the ground and go -- I was trying to take a stand and say, "Come with me. Don't do this." And that was a stupid move because he didn't. And he was just stubborn, like me.

Oprah: When was the last time you spoke to him?

Lisa: Coherently, good conversation was in 2005. It was a very long conversation. And I was so removed from him, and he could feel it and he could hear it. And I think that's one of the things that killed me in the end, too, was that I was very distant, and he was checking to get a read. You know, he was trying to throw a line out to see if I would bite emotionally, and I wouldn't. I was pretty shut off at that point.

And I don't even know how I managed to be like that, but I was. And he was asking me -- he wanted to tell me that I was right about a lot of the people around him and that it had panned out to be exactly what he and I had talked about years ago.
And then the final part of the conversation was him telling me that he felt that someone was going to try and kill him to get
a hold of his catalogue and his estate. He actually gave me names too.

'Michael shut out people who tried to confront him' 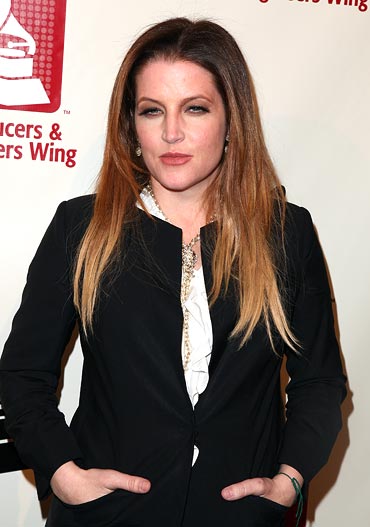 Oprah: I asked you this -- and I have to ask it again, even though it's an uncomfortable subject. But when you were on the show the first time, I think I asked you this, whether you had ever seen any inappropriate behavior between Michael Jackson and young children.

Lisa: The answer is absolutely not in any way. I did not see anything like that.

Oprah:  So you never saw anything, and to this day, you don't believe that any of those charges were true?

Lisa: No. I mean, I honestly cannot say -- the only people that are ever going to be able to honestly say the truth are him and whoever was in the room at the time of whatever allegedly took place. I was never in that room. It would be unfair for me to -- I can tell you, I never saw anything like that.

Oprah: Do you think you could have saved him?

Lisa: God, that's such a hard question. I know that it's naive to think that I could have, but I wanted to. Could I have, had I made a call? Had I stopped being so shut off from him? Had I just said, 'How are you?' Can I try to make a phone call, you know? I really did regret that I didn't.

Lisa: I think that they tried. And sadly, like I said, if he didn't want you around -- if you were going to make him confront something he didn't want to confront, he could make it go away, including his own family. And they got on the opposite side of that. I think that was a train headed in a certain direction that I don't know if anyone could have stopped. And I've had to really get my head around that in order to stop the pain.

Oprah: So this is it? You're not going to talk about it any more?

Lisa: No, I'm not. I'm not going to talk about it. If anyone wants to know in the future, they can refer to The Oprah Winfrey Show.