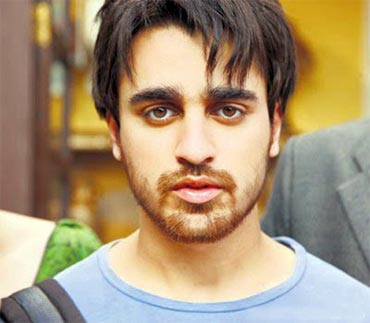 He is tired and it shows. He's been giving interviews the whole afternoon and my interview is the last. But he's not done yet, as his PR folks tell him there are about 10 telephone interviews lined up soon after.

A star's gotta do what a star's gotta do so Imran Khan braces himself to talk, yet again, about his latest baby, Delhi Belly. The film also stars stand-up comedian Vir Das and theatre actor Kunal Roy Kapoor.

Dressed in jeans and a bright red tee that has Bhaag DK Bose' written on it, Aamir Khan's nephew talks to Kshama Rao about the relevance of the film to the young audience for whom it was made and pooh-poohs criticism of the strong language.

You look tired and bored with all these interviews.

(Smiles) No, no, I am fine. An actor can't be bored and tired with interviews. It's part of our job; can't escape them.

Don't you think, these days with makers releasing films bit by bit, just a song, then a scene, then another song that by the time the film releases, viewers/readers have had an overkill?

I don't think so because the audience doesn't ingest as much as we think they do. There could still be a large part of the audience that doesn't know about the film or has not heard the song or seen the trailer.

There still could be many readers who have not read my interviews. I must have given some 30-40 interviews the whole of last week. There is still a lot of material the viewer doesn't know about so you keep doing it to catch those who have still no clue about the film. 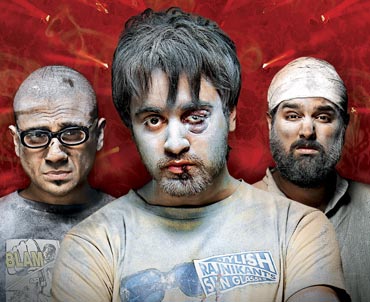 What are your experiences of shooting in Delhi?

This is the third film I have shot there and it's like home to me. I have a lot of family and friends there. I enjoy shooting there; I am familiar with the streets, the little places. And when you are there with your entire crew, your director, co-stars, the whole process becomes much more fun.

What was it like shooting with Vir and Kunal?

They are both very fine actors and I feel when you work with good actors, it helps a lot in making your performance better. You try harder to make the scene better. We shot this film two years ago but they have become very dear friends of mine and when we met again, we just picked up from where we left off.

The film is described as an adult comedy What is that?

It's a crime caper comedy something on the lines of Pulp Fiction or Snatch. It has the backdrop of the underworld but with comic undercurrents. No matter how much action or drama or suspense there is, it is always with a touch of humour.

'People tend to protest against anything that's cool' 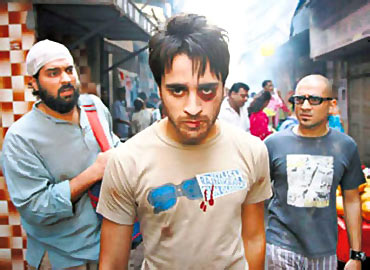 What kind of comedy do you enjoy watching?

I can't actually put a finger on it because I am a movie guy and I collect movies. But yes, I keep going back to films like A Fish Called Wanda and Some Like It Hot.

Delhi Belly has generated a lot of curiosity thanks to the DK Bose song. Some have objected to the lyrics while the information and broadcasting ministry has sought an explanation from the Censor Board for passing the song. What's your reaction to it?

And generally, people have a tendency to protest against anything that's cool, or they have something to say against, say, jazz music or rock or heavy metal. Anything that clicks with the youth is always viewed with suspicion.

How comfortable are you using abusive or foul language on screen?

Delhi Belly is a young film. It's for the youth and I feel it's by far the most accurate take on how the youth is today. If you are making such a film, then you can't be showing them as these ideal virginal kids in designer clothes, who don't do anything bad or wrong.

You will have a teenager sitting in the audience possibly collapsing with laughter, unable to identify with those characters. It's some 50-year-old's perception of youth or how a young film should be. The minute anyone uses the word 'youngsters', you know they are not young!

'We aren't showing anything that doesn't happen around us' 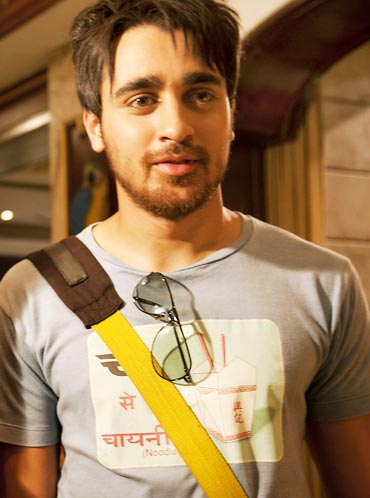 But do you think it's cool to use cuss words on screen considering the youth looks up to film stars?

But cuss words have been part of our films. Delhi Belly has a very honest take on youth. Look around you or go to any college and you will be shocked to hear how the kids of today speak. Whoever is complaining about these things is probably out of touch with reality.

In any case, films are a reflection of society, of how things are around us. We are not showing anything that doesn't happen around us.

So what's your favourite cuss word?

Kamine is my favourite. I use it a lot.

Do you feel this film is a departure from your good boy, nice clean image?

No, I don't think so because people are smart enough to discern between what you are in real life and the characters you play on screen. As actors, we play murderers, drug addicts or alcoholics too, so it's part of our job. 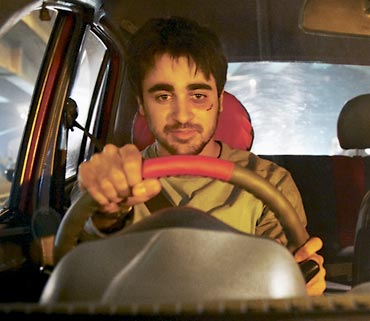 Is this character you are playing more edgy and challenging than what you have played so far?

No, Tashi is a normal guy, he's not bad. My character in Kidnap was probably far worse; he had much more anger and violence in him. Tashi is just a regular guy caught in a bad situation.

The tagline of this film is 'Shit Happens'. When has it happened in your life?

(Smiles) Shit happens every day! And in my work it happens all the time and you have to deal with it every single minute.

Say, for instance, the media writes something about you and you have to deal with it. I deal with it in a very calm and collected way. I don't react immediately. I think it over.

'Marriage was just a slip of paper for me' 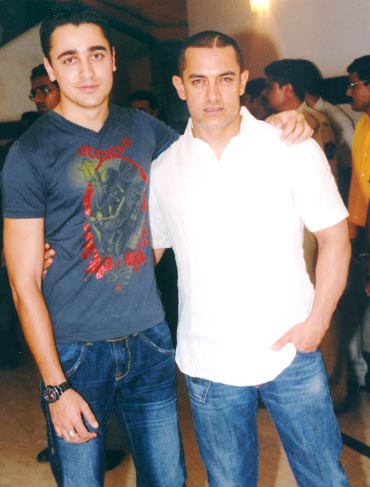 You recently filed a PIL against the government's decision to increase the legal drinking age. A lot of people felt your reaction was more to do with your film releasing soon.

The PIL is something I am doing at a personal level so I don't speak about it during interviews for my film. If you wish to carry a separate story, my PR will have it arranged.

None, because I wasn't here. I was in the US, studying, and I wasn't there for the two years when it was shot and released. When I saw it, I loved it but apart from that, no other memories.

Finally, has marriage changed you?

No. I have known Avantika for nine years and everything we had to know about each other we got to know during our courtship.

Marriage was just a slip of paper for me. Marriage is all about the relevance of the intention you have towards the other person and your relationship with her.