The Queen of Dandiya is back! 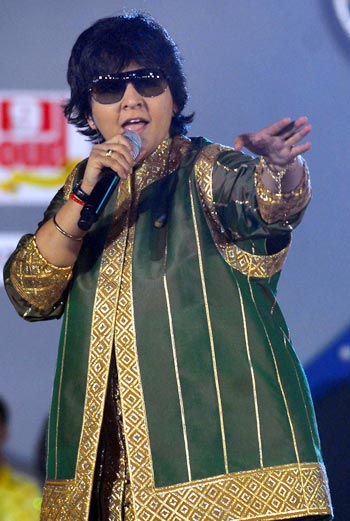 It's that time of the year when the Queen of Dandiya makes people dance to her tunes.

Falguni Pathak will perform at the Goregoan Sports Club in Goregaon, a western suburb of Mumbai, this year. She tells us how she prepares for the busiest nine nights of her year. She also reveals her regrets and inspirations.

How different will your show be this year from other years?

The audience expects different things every year. We try to come up with new songs, especially Gujarati folk songs, and Bollywood hit songs.

We plan to give them something different, that they may not have expected. My entry will be different this year. If it is a success, people will enjoy it. It's a surprise.

'We start practice about a month before Navratri' 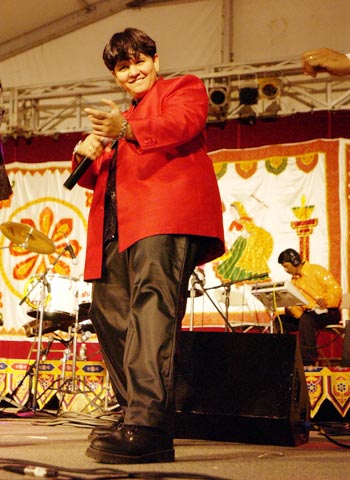 When do you start rehearsing for your Navratri shows?

We start our conceptualization and practice about a month before Navratri. I visit the interiors of Gujarat, listen to their folk songs, record that on CD, listen to them again and practice. I listen to a lot of non-filmi songs, so I try to get some melodies and instrumental music that can be used.

Every year, we get to learn a lot through our own performances. Since we have been performing for years, we have learnt audience tastes.

'I have not learnt music traditionally and I regret that' 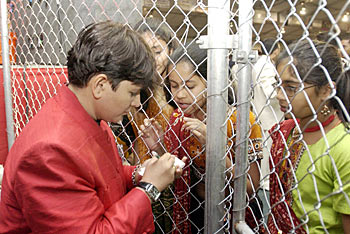 What has been your favourite performance?

I am never fond of my performances. I am very cynical about them. I try to learn and improve every year's performance.

How did you start your singing career?

I have not learnt music traditionally and I regret that. I did my first show when I was nine years old. I started off singing Hindi songs. The first song was Laila mein laila from the film, Qurbani.

My family has a ear for music and they encouraged me to pursue it.

'I have never considered myself to be a celebrity' 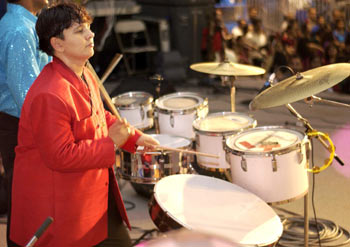 How do you deal with fame and success?

I have never considered myself to be a celebrity. That thought has never come to my mind. I just try my best to entertain the audience.

How do practice your songs? Is there a daily riyaaz?

Since I haven't learnt music, there is not question of riyaaz. I just listen to Lataji [Mangeshkar] and Ashaji's [Bhosle] songs and sing with them.

'After Navratri, I will start work on my album' What do you do in the rest of the year after Navratri ends?

I give performances around the world throughout the year. But it only during Navratri that people think of me.

I also make my album, sing bhajans through the year.

We haven't seen an album from you in a long while now.

Yes, it's been four years since my last album. I was an album before Navratri but nothing materialised. After Navratri, I will start work on my album.