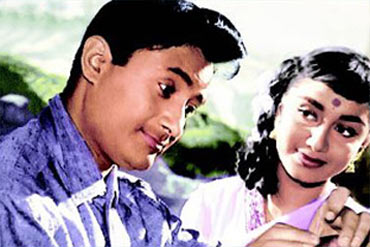 Dressed like a suave gentleman he sits behind a pile of files, some foreign chocolates and biscuits boxes, looking like the quintessential aging star, not the simple man he calls himself. 'I am very simple man. I am so well dressed today because I am going for a television interview. I am not dressed like a hero everyday,' he says.

The evergreen hero, who is busy with the release of his film Hum Dono Rangeen, the colour version of his 1961 film Hum Dono, discusses the film and his incredible journey with Patcy N.

You won't feel that it is an old film. If you see any Navketan [his production house] film, it is futuristic. People have always complained that we have made films ahead of times. Hum Dono is still modern. We had wars then and we have wars today. We had love and separation then and we have that today. Added to all these things you have a double role of Dev.

Other black and white films have also been released in colour, but Hum Dono is better than all of them. When you watch Hum Dono Rangeen you will feel as though it was shot in colour, you won't feel that I have got the reels painted by brush. That's why I fell for it. They [Goldstone Technologies Ltd] have asked for all my other films too, but I am waiting for the release of Hum Dono. I will give other films after the response to it. 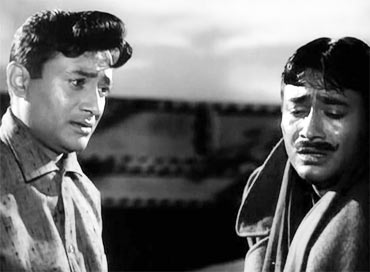 On Hum Dono, the original

When we started Navketan Studios my [elder] brother Chetan Anand and I were owners, but after Chetan made a few successful films we separated. Then Vijay Anand [his younger brother] joined me. Hum Dono was someone else's story; Vijay worked on it and directed it. We named Amarjeet, who was our publicist, as the director, but I won't say why we did that.

I had a double role, so we needed two girls. We got Nanda and Sadhana. I was shooting for a film, when Sadhana met me. She had just got her break. Later, when Goldie [Vijay's pet name] wrote the script, I told him I had seen a fresh face we could cast. Nanda had done the role of my sister in Kala Bazaar. I told Goldie she looks like housewife material and that we could approach her for the other role.

Jaidev was the composer for the film. He used to work with Ali Akbar Khan, who was on our staff. When Khan left, Jaidev remained with us and he became S D Burman's assistant. He did lots of work with Burman, but one day he came to me and said he wanted to do solo work and wanted to give the music for Hum Dono. I told him to first take Burman's blessings. He did that and gave wonderful music for Hum Dono. He was more inclined towards classical music, but we told him not to give classical music for the the film, as it was commercial.

Hum Dono was chosen as an official entry at the Berlin film Festival, The delegates loved it. Jimmy Stuart liked it. I respected him a lot. I called him for my party after the screening and he came. I had called for tandoori chicken by flight for the party.

On why films like Hum Dono, Guide are not made today

Nowadays filmmaking has become easy. They just pick up two Hollywood films, copy it, add little bit of your brain and one film is made. I am not saying what they are doing is bad, but I don't do that. If I do that, I won't be creative. When I seem my old films I enjoy a lot, but I don't miss my past because if you miss something it means you are static.

'I had to struggle for two years' 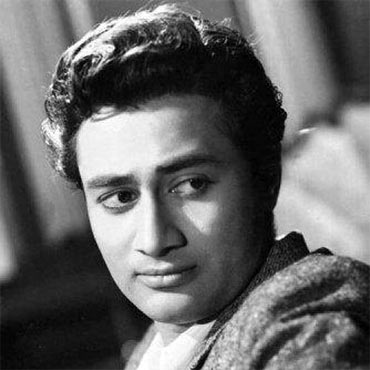 I came to Mumbai from Lahore. I had done my bachelors in English literature [in Lahore] and wanted to do a masters, but my father Kishorimal Anand's financial condition was not good. He told me: 'Son, I don't have money now.' I did not say anything to him. I picked my bag and came to Mumbai. I had to struggle for two years.

There was a time when I did not have money to eat. I lived in a chawl [low-cost housing], sharing a room with somebody and a bathroom with 20 people on the same floor. But I enjoyed that phase too because that is part of life. I have travelled on top of buses and trains, ogling at women, as I did not have any work. I would go for job interviews. People loved me; they spoke to me for hours, but did not give any job.

Then I saw an advertisement in the papers. They needed educated people to read letters for people in the armed forces. I was interviewed by a major and got the job. I was paid    165 a month. Then one day I realised I was wasting my life. I was not meeting anyone [filmmakers]. I went to my officer and told him I was leaving the job. He asked me, 'Did you get the break?' I lied. I said yes.

The same day I met someone in the train. He asked me to go to Prabhat [Talkies], which had just opened. I went there the next day and insisted on meeting someone inside. I could impress people with my talking, my behavior and style; I impressed them and they gave me my first film Hum Ek Hain. My salary was    400 a month. It was too much. I got a house to live in and I called my family to Mumbai.

Somebody then took me to Ashok Kumar. He was making Ziddi and he wanted to act in it as the lead. But after he met me, he gave me the role. I became friends with him. People liked me a lot.

'When Guru died, he was sick, he had lost weight and hair' 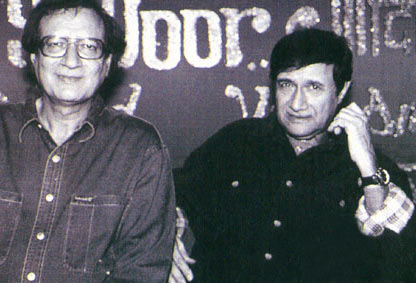 On his friend Guru Dutt

Guru Dutt and I would go on double dates, we climbed mountains, we went cycling, we dreamed together. I had promised Guru that whenever I produced a film, I would give him a chance and I did [Baazi]. His banner got a break with me as a star in CID. I have given work to lots of people, be it actors, musician, writers or directors.

Balraj Sahni was jobless when he came to me for a job. He was very good in Hindi, so I gave him the job of writing the dialogues and screenplay of Baazi.

When Guru died he was sick, he had lost weight and hair. He called me one day and said: 'Dev kal aajaao yaar baith kar peete hai. [Come over tomorrow, Dev. We'll have a drink]'. Then he said, 'Let's do a picture together.'

I said, 'We will do it definitely.'

But on third day, I got a call from his house while I was shooting [for Teen Deviyaan]. Someone told me, 'Guru Dutt died.' I packed up and went to his house. I was the first to enter his room. His body was lying there and there was a glass, half full of blue liquid. You have to be very strong when you are making a film because there is so much money involved. If one film flops, it is difficult for a person to start from the beginning.

After that, I gave Vijay a chance. He was studying in [Mumbai's] St Xavier's College. I called him one day and made him write Taxi Driver. After that I made him direct Nau Do Gyarah. Then he directed Hum Dono and Guide; we were good team.

I don't cry and go on at funerals, but when he died I could not control myself. He was great till he was with me. Then he left me and his downfall started. I had told him that whenever you have a good script you come to me and we will make it, but all of sudden he had a heart attack and died. 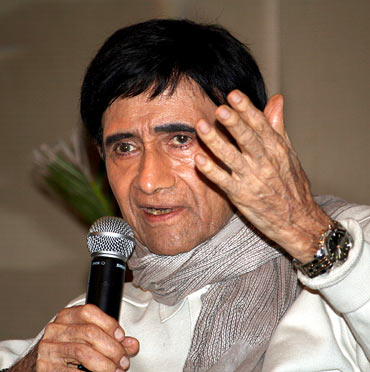 On missing his contemporaries

There are very few actors from my time who are alive. I sometimes think of them. I miss Raj Kapoor.

On film dos and recent movies

They don't miss me if I don't go. If they had missed me, I would have gone. I don't watch all the films that are made today, but whatever I have to watch I get DVDs.

On his strength at this age

My strength is my loneliness. I don't need protection. I don't care who wants to shoot me; tell me when has an Indian actor been shot. Politicians are shot; never an actor. I like to stand with my fans. I am not boasting I am down to earth. I have been in this country since 1945 and independence came in 1947. I have seen all the prime ministers since then. I think I am lucky that I am an Indian. I am still working I am not resting on my laurels. I am still doing new things. I don't believe in destiny. I will keep working unless something happens to me.

On his forthcoming film Chargesheet

Chargesheet is ready, but I am not releasing it first because it won't be poetic justice to my life. Can you imagine Hum Dono is made by the same company that made Chargesheet. It is my creation -- my intellect, my brain. I am an actor and the lead player, as a director. We have very popular actors in the film -- Naseeruddin Shah and Jackie Shroff. The film also has two newcomers. I can compete with any corner of world, whether it is America, England or the Cannes film festival. I am competing with all the youngsters with Chargesheet and Hum Dono.