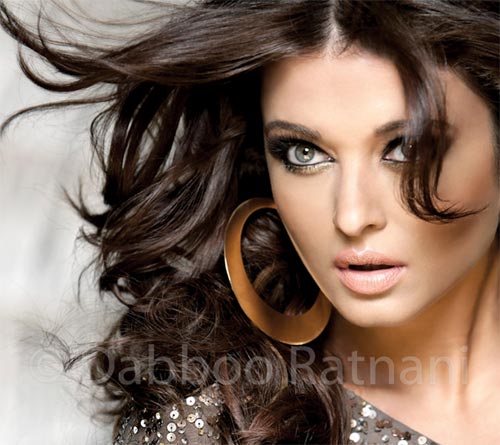 Ace lensman Dabboo Ratnani's 2012 calendar features the biggest stars of the Hindi film industry. With 24 glamorous pictures, the calendar is a must-have for every desk.

Here's a peek at some of the pictures in the calendar. Dabboo shares some behind-the-scenes details as well.

I shot with Aishwariya in early 2011, when she had started shooting for Heroine. I have done a small role in the film where she does a photoshoot with me.

It was shot with a mix of my lights and the lights used for the film. What this has done is it has given a different look to the photograph, as you can see in the way Aishwariya's face is glowing. I had to balance the lights because I had to make it look good in the movie as well as for my photograph.

Aishwarya and I go back a long way. I was just an assistant when she was a model. I knew her much before she started doing movies and I have always found her so beautiful. I always dreamt of shooting with her and I told myself that the day I shoot her, I have arrived as a photographer.

The first time I shot with her was in 1995, just after she had become Miss World. It was like a dream come true. She never made me feel like I was a newcomer.

She is truly one of the most photogenic and prettiest girls I have worked with and whatever she does she gives it her best. She wants to make every photograph look good and you can see that enthusiasm in her. She is very involved and wants to try something conceptual and something different all the time. 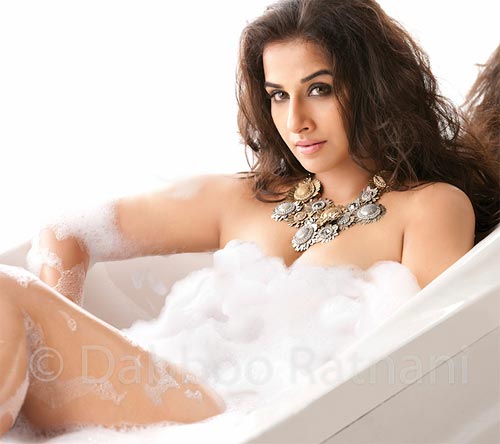 The first time I shot with Vidya Balan was for the 2007 calendar. It was my first interaction with her.

I remember when she did her first movie, Parineeta, she had this Indian look but I found a different glow in her eyes and thought that she could look sensuous.

All my five calendar shoots with her have been in the zone of the sensuous; I have played with her eyes and her expressions.

Somewhere I feel I am responsible for the way people look at her. I have been a big contributor to her sensuous looks. I tried to do something different for her. From the time Vidya has been featured in my calendars, people have asked me how I managed to get this out from her.

We share a different bond. I didn't have to convince Vidya to do this shoot -- we had discussed it and she was comfortable on the shoot. Except for me, the rest of my crew present that day were all women. My wife was also present to do the behind-the-scenes.

Generally, all these years when I have shot with her, she is always seen in the same pose. This time I just wanted her to relax and I played around with the props.

The bathtub and Vidya playing with the foam was the basic idea in my mind. I wanted the picture to be subtle rather than loud as it has been with Vidya all these years. The outcome has just been fantastic.

Vidya is very focused, has a lot of energy and the thing that I like about her is she is ready to experiment. She trusts me a lot and she knows I will not publish any picture of her that makes her look bad and vulgar.

I am very particular about the choice of photographs. After all, it is the actor's image and it is my name that will be associated with the final photograph. I will never publish a picture that the actor is not comfortable or happy with, or even if I am not happy with it. 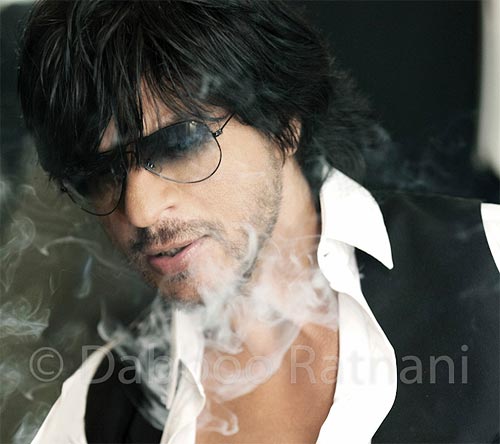 Shah Rukh Khan's photograph is a story in itself. Generally, he is the last person to shoot for my calendar, but this time, surprisingly, he was the second person after Sonakshi Sinha.

I just messaged him that I was making the calendar and could he let me know the dates when I can shoot with him. After an hour he messaged back and said we can do it after an hour-and-a-half.

It was a very impromptu shot. I packed all my equipment and with my wife and daughter headed straight for Filmcity.

Shah Rukh had long hair and stubble at the time. He was planning to shave it for an advertisement, but told me he would like to preserve the look, as he might not do it again. I instantly agreed to it.

He entered his vanity van to do his make-up and sat in front of the mirror. I saw the lights that are attached to the border of the mirror and started clicking pictures. I took some candid pictures and the result was amazing.

We shot the picture in his vanity van in a space of not more than 50 square feet in less than 10 minutes. 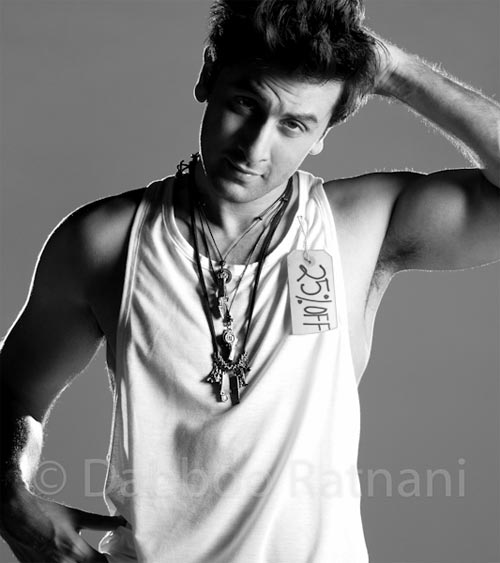 Ranbir Kapoor and I go back a long way. I knew him before he did Saawariya.

The first time he was featured in my calendar was in 2007. He told me that he would do my calendar every year as long as he was in the industry.

This is a bizarre picture because if you look at it, you see a 25 percent discount tag on the vest that Ranbir is wearing. Usually, we see celebrities wearing expensive clothes but the concept of a discount tag on Ranbir was perfect.

He jokingly asked me whether people would think the discount is on him or the vest! I told him let the audience decide because I think the girls will go crazy if they find that there is a discount tag on you! (Laughs)

He is a very comfortable person and has no hassles. He is very patient and doesn't complain at all. He is very dedicated and just like he listens to a director, he does it with a photographer. 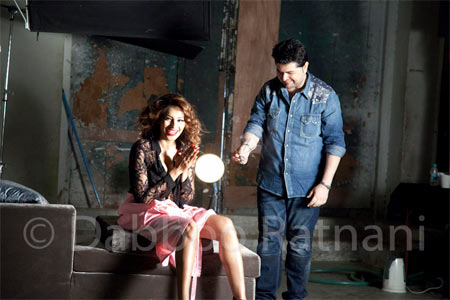 She has been a regular feature in my calendar since the time she started acting in movies. Bipasha has a great body and has a bold image and I wanted to capture it in my photograph. It is a sensuous photograph but captured very aesthetically.

Bipasha is wearing a bikini top with a see-through blouse. She has done complete justice to the photograph. The idea was to capture her at the right moment. We used a lot of dramatic lighting to make the picture look intense.

Bipasha is very focused. She can go to any extent to get her picture right. She gets involved in whatever she does and gives inputs. She is very impromptu and natural.

There was no particular agenda to shoot the picture in black and white. As a photographer, I experiment with my photos. It is intuition; I look through the lens and I say to myself that this picture should be in colour or black and white or any other form. 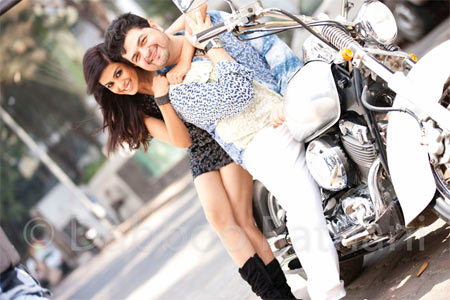 This is my third calendar with Genelia. She lost a lot of weight recently and looks in good shape.

For the first photo shoot for my calendar she had posed on an elephant and last year I captured her on the beach in a very relaxed and candid manner. I share my birthday with my wife Manisha and did the shoot with Genelia on our birthday. It is always special to shoot with Genelia.

This year I wanted to use a prop with her and decided to go with a bike. I own the bike that you see in the photograph and we shot on the roads.

Whenever I shoot with bikes, the photograph has a rugged and powerful look irrespective of whether I have shot it with an actor or an actress. This time I wanted to go subtle and give a very soft look and Genelia has got it bang on.